Opinion: Gay Holocaust victims and survivors are often forgotten – we need to tell their stories

LGBTQ+ people were one of the groups persecuted by the Nazis, but their specific experiences are often overlooked, says PhD Student Mie Astrup Jensen (UCL Gender & Sexuality Studies and UCL Hebrew & Jewish Studies). 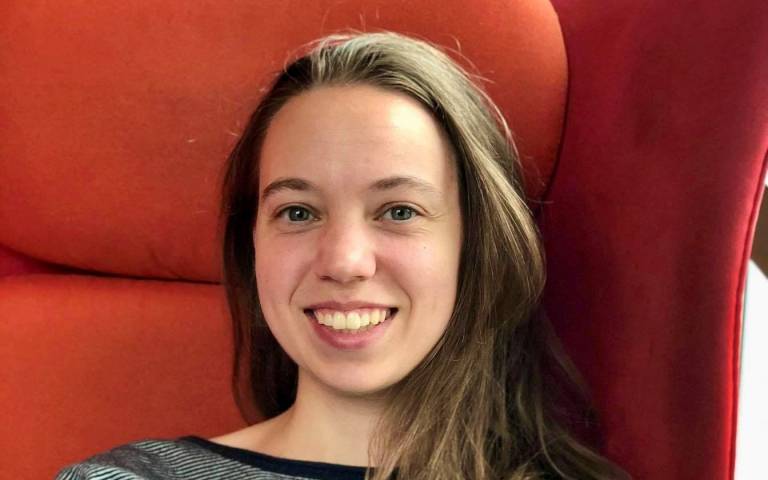 Alongside the murder of six million Jews, the Holocaust saw the Nazis target five million other victims in their attempt to wipe out entire communities from Germany and beyond. These groups included Poles, Soviets, Roma, political prisoners, disabled people, criminals, Jehovah’s Witnesses and those seen as homosexuals. As with the other groups, gay men (and to some extent lesbians) were perceived as posing a threat to the “German people”. But to this day, many of these gay victims receive little attention.

Due to limited research funding, the high death rate of gay men in the camps, and the stigma attached to homosexuality, these victims are often forgotten by the world. Rather than generalising accounts from different groups, as some Holocaust resources tend to, it’s essential to highlight more specific experiences in this complex history.

There was a flourishing equivalent of what we would now refer to as an LGBTQ+ scene in Weimar Germany in the 1920s and early 1930s. This included more than 100 gay and lesbian bars and cafes, songs and films, and Magnus Hirschfeld’s Institut für Sexualwissenschaft (the Institute for Sexual Science), which contained thousands of books and journals on sexuality and gender.

Despite Paragraph 175, which criminalised male homosexuality in the German criminal code, LGBTQ+ people tended to be observed and monitored rather than persecuted. In contrast to the position of the law, many doctors and scientists didn’t consider homosexual behaviour “deviant”.

But things changed when Hitler came to power. Paragraph 175 began to be strictly enforced, homosexual activities were banned, and Hirschfeld’s institute was burned down.

Initially, LGBTQ+ people were primarily targeted if they were Jewish. Some Nazis believed that the majority of, if not all, homosexuals were Jewish because many of the prominent advocates of gay rights and equality were (including Hirschfeld as well as progressive psychiatrists, physicians, lawyers and jurists).

However, from the mid-1930s, Heinrich Himmler took over the enforcement of anti-gay laws and made them more sweeping. More than 100,000 men identified as homosexual were arrested and many sent to concentration camps at Buchenwald, Dachau, Sachsenhausen, Mauthausen and Auschwitz, where between 5,000 and 15,000 of them died. This represented up to 55% of gay inmates – a higher rate than some other groups.

Much less is known about lesbians’ experiences. Paragraph 175 did not explicitly outlaw lesbianism, yet many went underground and married men. Lesbians in concentration camps were often there not solely because of their sexuality – many were also Jewish and/or political prisoners.

The Nazis used badges to identify why people were imprisoned. Homosexuals were assigned a pink triangle. They were, according to testimonies by straight and gay survivors, treated worse than other groups (except Jews) because they were considered deviant.

They often worked longer shifts and were given more physical labour assignments in all weather conditions. This was because many Nazis believed that hard labour – work in gravel pits, cement plants and brickworks – could “turn” gay men straight. Hundreds of men died as a result of these working conditions.

In addition, many were beaten to death not only by guards but also other inmates who identified them by their pink triangles. Nazi scientists also castrated and experimented on inmates in perverse attempts to find a “cure” for their sexuality.

In Sachsenhausen, the majority of gay men were imprisoned in “sissy blocks” and weren’t allowed to mix with other prisoners. In these blocks, they were subject to overt persecution, including verbal and physical homophobia, and surveillance from guards. During one incident in 1941, five gay men were escorted to a bathroom and had hoses shoved down their throats until they drowned.

Testimony from Heinz Heger, a gay Austrian concentration camp survivor, provides insights into homosexual experiences in the camps. He arrived in Sachsenhausen in January 1940. Other inmates who were also rejected by society, such as murderers, called him “filthy queer” and “175er”, and referred to themselves as “normal men”, implying he wasn’t. Heger recalled that gay men had to sleep with their hands above their blankets, and if they didn’t they were taken outside and had buckets of water thrown at them. Many became sick following this treatment, and some were sent to the hospital where they were experimented on.

Heinz worked at the Klinker brickworks, which was known as the “Auschwitz for homosexuals”. Here, he endured horrible working conditions and torture. Later, he was transferred to Flossenbürg camp, where he was again tortured.

Even after the camps were shut down, many gay survivors were never truly liberated. Homosexuality was not decriminalised in Germany until 1967 in East Germany and 1969 in West Germany, and so a number of survivors ended up back in prison. Many were also unable to return to their families due to the shame and stigma attached to the pink triangle. Even those who did, like Heinz Heger, often found themselves shunned by society.

While Jews, children, and political prisoners could apply for financial and moral support from the new German governments, homosexual men could not. Similarly, their testimonies were not prioritised by Holocaust researchers or by the criminal courts. As a result, many survivors blamed themselves for their persecution.

Today, there is more recognition of LGBTQ+ Holocaust victims. Holocaust Memorial Day remembers victims and survivors, there are memorials around the world, and some LGBTQ+ activists have, especially during the HIV/Aids epidemic, reclaimed the pink triangle - turning the upside-down triangle on its head.

However, there’s still more to be done. Holocaust education tends to generalise concentration camp experiences rather than highlighting different groups’ varying experiences. Though the oppression of gay men during the Holocaust may have faded from public memory, hate crimes against LGBTQ+ people around the world are still rife. Obscure as it may be, the pink triangle is a historical badge that must never be forgotten.

This article originally appeared in The Conversation on 24 February 2021.