Reserves of groundwater in much of the populated parts of Africa are being replenished at rates that could help to protect communities against the damaging effects of climate change, finds a new study co-authored by UCL. 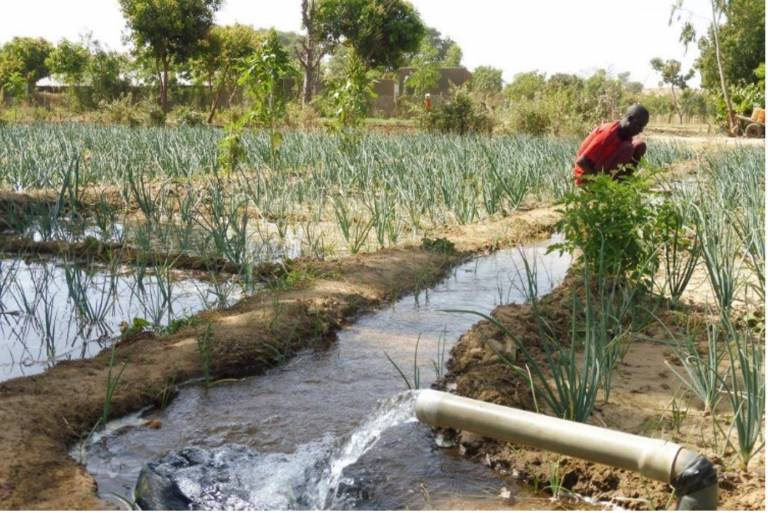 Published in the journal Environmental Research Letters, the study has revealed that the long-term groundwater recharge (the rate at which groundwater is replenished) in Africa is approximately 15,000 cubic km per decade - enough to sustain widespread groundwater pumping for drinking water and irrigatation for farming.

Made up of scientists from UCL, the British Geological Survey (BSG), and universities in Nigeria and South Africa, the research team found that recharge occurs even in drylands where groundwater is commonly the only perennial source of freshwater.

Increasing freshwater withdrawals are required across Africa to expand access to safe water, irrigated agriculture and livestock watering in pursuit of the UN Sustainable Development Goals 2 (Zero Hunger) and 6 (Water and Sanitation for All), among several others (1,3,5,10,11). This study indicates that groundwater in many regions could act as a sustainable solution to meeting this increased demand for freshwater that is resilient to climate change.

This research builds upon a 2012 study, in which scientists at the BGS and UCL found that Africa is sitting on a vast reservoir of groundwater, despite being a notoriously dry continent.

In many parts of the world, rapid increases in groundwater pumping have led to unsustainable conditions, often resulting in falling water tables and problems with water quality or subsidence. Effective water supply investments require reliable data, not only about where groundwater exists and how much can be stored, but also about recharge rates.

The study authors note that the maps provide a new and unique perspective of water security across the continent. Further, they argue that groundwater recharge must be assessed over decades, not individual years, due to the variability in the intensity of rainfall from year to year.

Study lead author, Professor Alan MacDonald (BGS), said: “The data reveal some interesting patterns about Africa’s water security. We already know that having both low groundwater storage and recharge considerably reduces water security for local populations. What these new maps tell us is that the majority of African countries have either high storage, or high groundwater recharge."

The study shows that only five countries have both recharge and storage below the African average, namely Eritrea, eSwatini (formally Swaziland), Lesotho, Zambia and Zimbabwe; extra care is therefore needed to develop groundwater in these countries. The maps also show that many North African countries with little rainfall, such as Libya, Algeria and Egypt, which are usually considered as water insecure, have considerable groundwater storage but very low recharge rates.

“Conversely, most African countries with little groundwater storage such as Liberia, Cote D’Ivoire and Burundi, receive regular recharge so we know this can form a reliable supply. Nevertheless, if groundwater is overused, for example for large scale irrigation, available groundwater could be in danger of drying up during droughts.”

The researchers hope that the maps will provide a valuable benchmark for assessing future models and a reliable baseline for future research.

Co-author Professor Seifu Kebede (University of KwaZulu Natal) added: “This effort brought together extensive African knowledge with expertise from other countries to provide information to sustainably develop water resources and overcome some of the most pressing issues countries often face, such as drought, deprivation, and starvation.”