Lesbian, gay and bisexual (LGB*) people are significantly more likely to have mental health conditions and report alcohol and drug misuse than heterosexual people – finds a new study led by UCL researchers in collaboration with the University of East Anglia and City, University. 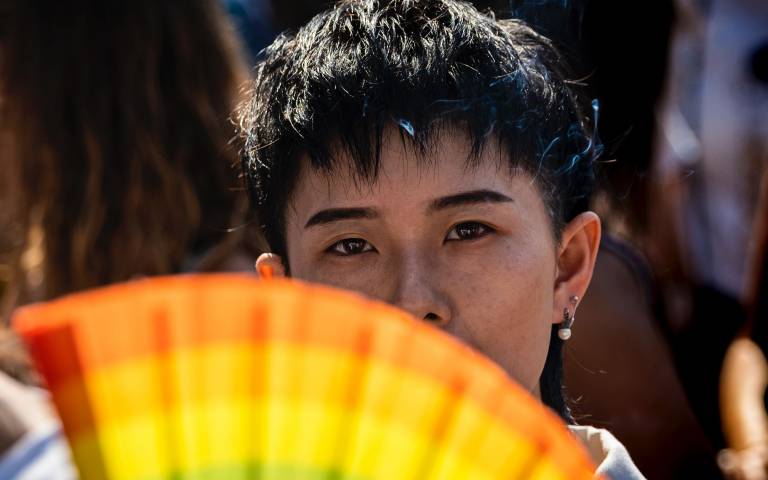 Given this continued disparity, the report’s authors are now calling for Government action to ensure equity in health and social care services. They highlight the need for improved awareness among health professionals to the mental health needs of sexual minority groups and are calling for policies that improve societal understanding, starting with encouraging schools to intervene earlier to encourage tolerant attitudes towards sexual minorities across the whole school community.

The surveys are completed via face-to-face interviews and/or computer self-completion and contain data relating to sexual orientation, common mental disorders (CMD), hazardous alcohol use, and illicit drug use. Further information is collected on experiences of bullying and discrimination, religious identification and childhood sexual abuse.

In this analysis of 2007 and 2014 data the researchers found there had been no change (ie no improvement) between 2007 and 2014, with LGB people remaining at higher risk of poorer mental health when compared to heterosexuals.

Researchers found evidence to suggest that exposure to bullying and discrimination may help explain the observed poorer mental health in lesbian women and gay men but not in bisexual people.

No evidence was found to support any apparent contribution of differences in religious affiliation or experiences of adversity such as childhood sexual abuse in the association between sexuality and mental health problems.

Lead author, Dr Alexandra Pitman (UCL Psychiatry), said: “What this study highlights is the significant and ongoing disparity in mental health between LGB people and heterosexual people, as evidenced by higher levels of mental health problems and alcohol and drug misuse.

“In order to reduce this persistent inequality in society, we must ensure that health and social care professionals are better trained to identify and care for the wellbeing and mental health needs of sexual minority groups, who are often made to feel invisible within national health systems.

“Furthermore, secondary schools must implement policies and practices that create supportive environments for sexual minority students, including providing (and actively promoting) access to a member of staff who is a designated minorities contact person, who students can talk to in confidence about experiences of discrimination, bullying, or mental health difficulties. Schools in the UK can also learn from positive experiences of Gay Straight Alliance (GSA) clubs in US high schools, where students benefit from access to a hub for socialising, support, and activism.

“More can also be also be done to implement anti-discrimination strategies and policies in health care institutions. This might include: the use of positive images of LGB people in health service marketing material; ensuring that equal opportunities statements include grounds of sexual orientation; taking a LGB-affirmative stance in psychotherapy (with implications for training of therapists); and training all professionals not to assume heterosexuality.”

Senior author, Professor Michael King (UCL Psychiatry), said: “Our research shows that stigma and social exclusion on the basis of sexual orientation may be more subtle and enduring than we imagine. Despite greater public acceptance and legal changes to ensure equality, the lived experience of a proportion of LGB people remains negative. We would emphasise however that these data also show that the majority of LGB people have robust mental health and lead happy lives.”

Co-author, Dr Joanna Semlyen (The University of East Anglia), said: “We know that sexual minorities are at increased risk of poor mental health than the heterosexual population. What this paper shows is that those inequalities did not change between the two study collection points of 2007 and 2014.

“This is really important because it shows that, despite some changes in societal attitudes, people who are lesbian, gay and bisexual continue to experience poor mental health.

“What we need to do now is not only continue to monitor health in sexual minority populations as standard but also to design studies to understand what causes these inequalities and develop interventions to reduce them.”

* The next survey in the APMS series is being planned, with gender identity highlighted as an important topic to cover. This will mean that future analyses will be able to look at both gender and sexual identity, and therefore investigate mental health in LGB groups as well as transgender and gender diverse groups.

** Further information on the sampling strategy and findings of the APMS surveys is available here: https://digital.nhs.uk/data-and-information/publications/statistical/adult-psychiatric-morbidity-survey