Young people aged 12 to 18 are unlikely to report receiving, or being asked to share, non-consensual sexual images to their school, parents or social media platforms such as Snapchat, TikTok and Instagram, finds a major new report led by UCL. 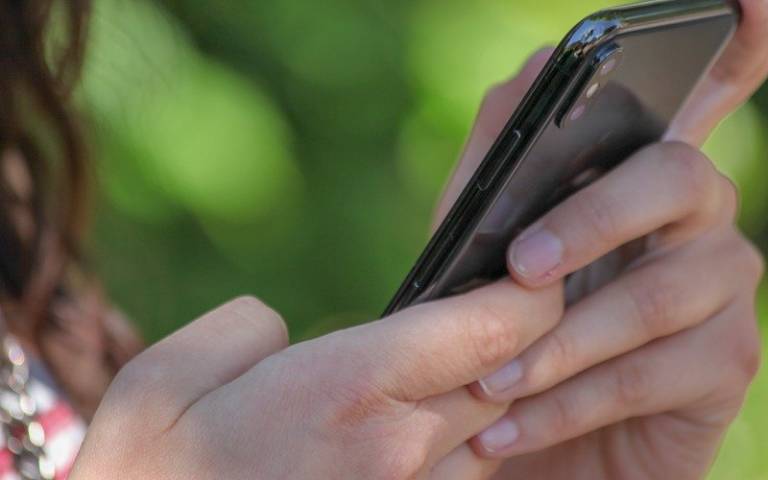 The findings, launched today by the UCL Institute of Education, the University of Kent, the Association of School and College Leaders (ASCL) and the School of Sexuality Education, show that teenage girls are overwhelmingly affected by the impact of unwanted image-sharing and that the practice has become ‘dangerously normalised’ for many young people.

The study involved 480 young people from across the UK – 366 via an online survey, with a further 144 participating in in-depth focus groups. From the survey findings, just over half of participants (51% - 54/106) who had received unwanted sexual content online or had their image shared without their consent reported doing nothing. When asked why they didn't report the incident, around a third of people said ‘I don’t think reporting works’.

Of the 88 girls taking part in the focus groups, 75% (66) said they had received an image of male genitals, with the majority ‘not asked for’ or ‘unwanted’. Participants described instances where the senders were adult men who had created false identities, but also discussed episodes of online harassment and abuse from boys in their age range and known peer groups. From the survey findings, participants reported that nearly half of incidents of image-based sexual harassment were from unknown adult men, based on profiles.

Lead author of the report, Professor Jessica Ringrose (UCL Institute of Education) said: “Young people in the UK are facing a crisis of online sexual violence. Despite these young people, in particular girls, saying they felt ‘disgusted’, embarrassed and confused’ about the sending and receiving of non-consensual images, they rarely want to talk about their online experiences for fear of victim-blaming and worry that reporting will make matters worse.

“We hope this report allows all of us to better identify when and how image-sharing becomes digital sexual harassment and abuse and spread the message that, although the non-consensual sending and sharing of sexual images may be common and feel ‘normal’, it is extremely harmful.”

The authors also highlight how various technological functions and a lack of thorough accountability and identity-checking measures at online platforms including Snapchat and Instagram enable the practice of unwanted image-sharing. The report criticises the platforms’ reporting functions as ‘useless’ because images are not always retained, with young people more likely to block someone rather than report abuse.

Several key recommendations are made by the authors for policy makers, school leaders, teachers, parents, carers and tech companies. For tech companies, the authors call on online platforms to maintain a record of images, videos and messages in order to identify perpetrators and facilitate the easier reporting of incidents.

The report also suggests that the Government’s statutory Relationships, Sex and Education guidance should be revised to remove any victim-blaming rhetoric, such as teaching students they should ‘resist pressure to have sex’. They believe this can cause schools to incorrectly teach children that victims of coercion should be responsible for changing their own behaviours, whereas it is the behaviours of perpetrators that need to change.

Report co-author, Dr Kaitlyn Regehr (University of Kent), said: "This is a societal issue and we need to help create environments where young people feel able to talk and safe enough to share their experiences.

“One of the key aims of our report is to help parents understand the digital landscape so - rather than being punitive - they can support their children in navigating this difficult terrain."

Margaret Mulholland (SEND & Inclusion Policy Specialist at the Association of School and College Leaders), added: “School leaders will welcome this new report, which shows the enormous challenge schools face in supporting the disclosure of sexual harassment experienced by young people.

“There is an urgent need for society to recognise that unwanted images being shared online amounts to sexual harassment and abuse. This report helps to define non-consensual image sharing as harassment and provides schools with much-needed evidence with which to challenge the ‘normalising’ of this insidious form of abuse.”

The full findings of the report will be launched at an online UCL-hosted event at 5.30 pm, Monday 6 December. Speakers include the Rt. Hon. Caroline Nokes MP, Chair of the Women and Equalities Committee and Anna Trethewey, Head of Strategy at Ofsted.