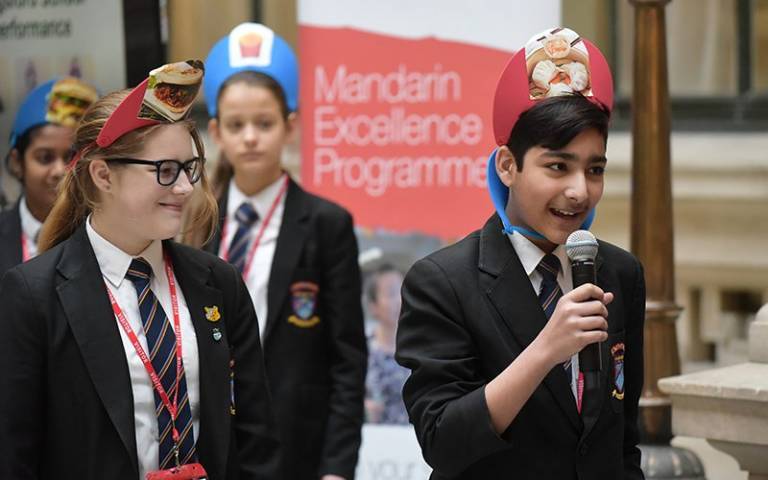 The Mandarin Excellence Programme (MEP), delivered by UCL IOE and the British Council, was set up in 2016 and gives participating secondary schools the chance to offer eight hours a week of Mandarin Chinese study, compared to two hours a week.

So far more nearly 6,500 pupils across England have benefitted from the more intensive language learning programme, which starts in Year 7.

The Department for Education has confirmed the programme will receive three years additional funding 2021-2023, with the next cohort of pupils enrolling this September.

It follows a DfE commissioned evaluation report* published in January this year, which concluded the programme had exceeded its target of seeing at least 5,000 pupils in England on track towards fluency in the language by 2020.

It also reveals the positive impact the MEP has had on the supply of Mandarin teachers, by increasing the number of opportunities for teaching practice.

Mandarin is the most-spoken language in the world and British Council research** has identified it as the second most important language for the UK’s future prosperity, security and influence globally.

Around 2,000 new Year 7 pupils will join the programme each year from September 2021, from 75 schools across England. They will receive intensive Mandarin learning made up of four taught hours and four hours of self-study – significantly more time than most schools spend on languages. This will include the provision of innovative online and blended learning and training making best use of technology.

A key part of the programme will be a two-week residential intensive-learning course in China for Year 9 pupils. International trips with a strong focus on language and culture can offer unique and sometimes life-changing experiences, building confidence and resilience and shaping future study and career choices. The British Council has previously found that nearly two thirds of language students at university were inspired to study a language degree because of an international exchange trip whilst at school.

UCL IOE will continue to develop a motivated and sustainable network of Chinese language teachers, with 20 new teachers to be recruited annually through its PGCE Mandarin pathway. Many of the teachers trained on the pathway are recruited by MEP schools

For more than 15 years, UCL IOE and the British Council have led the way in introducing and spreading innovation in Mandarin provision, with national initiatives including work to secure a major expansion in the teaching and learning of Mandarin Chinese throughout the English school system, the IOE Mandarin PGCE, Chinese teaching assistants, and the Mandarin Speaking Competition. Together they successfully delivered the MEP from 2016 to 2021, achieving their aim of getting more than 5000 pupils on track to fluency in Mandarin.

Nick Gibb, Minister of State for School Standards, said: “The Mandarin Excellence Programme has enabled more than 6,000 pupils in over 70 schools to learn one of the great world languages. Committing to 8 hours a week of study, these pupils are on their way to fluency in Mandarin. It has been a hugely successful programme, which is why I’m delighted to be able to announce its continuation and a further £16.4 million of funding.”

Mark Herbert, Director Schools and TVET (Technical and Vocational Education and Training) at the British Council, said: “Mandarin is one of the languages that matter most to the UK’s prosperity, and the British Council is delighted to continue its involvement in the Mandarin Excellence Programme. Over the next four years, this programme will help thousands of young people in England to develop the language expertise and intercultural skills which will open the door to a whole world of study and career opportunities.”