Surge in smoking among young adults during lockdown

The number of 18- to 34-year-olds who smoke increased by 25% in England during the first lockdown, according to a new study led by UCL researchers. 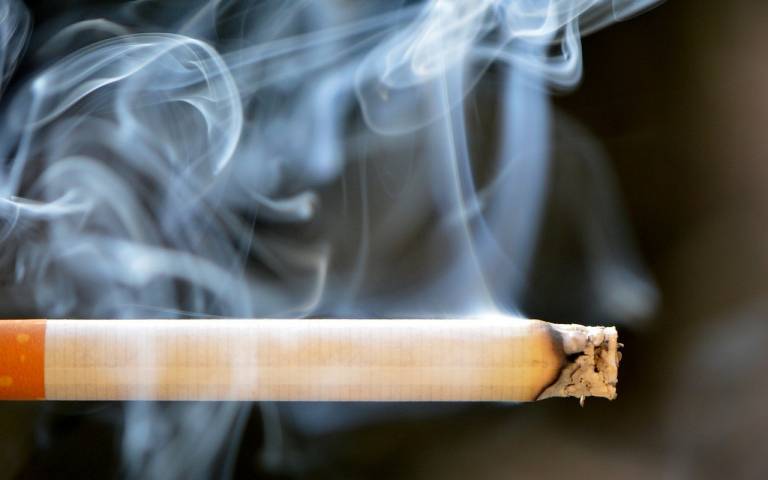 This means that over 652,000 more young adults smoke, compared to before the pandemic*.

The study, published today in the journal Addiction and funded by Cancer Research UK, found that over 4.5 million more adults would be classed as high-risk drinkers during the same period** as the number rose by 40%. But this trend was particularly worrying in women (up 55%) as well as people from lower socioeconomic groups (up 64%).

Though existing heavy drinkers did make attempts to cut down, this was only observed in adults from higher socioeconomic groups, suggesting that if trends continue, health inequalities linked to alcohol could worsen.

There were increases in the number of existing smokers quitting successfully, and overall levels of smoking in adults remains stable. However, the increased number of young adults who smoke means that, for the Government to deliver its goal for England to become smoke-free by 2030, smokers would need to quit at a rate of around 40% faster than predicted.

While the study doesn’t explain why these changes occurred, the researchers noted that people from lower income backgrounds, younger adults, and women are among those who have been disproportionately affected by the pandemic. Given that many people mistakenly believe that smoking and drinking help relieve stress, they suggest it’s possible that some may have taken up these up for the first time or relapsed to help them cope.

Smoking is the biggest preventable cause of cancer – it is known to cause at least 15 different cancer types – while drinking even small amounts of alcohol increases the risk of seven different types of cancer.

Lead author Dr Sarah Jackson (UCL Institute of Epidemiology & Health) said: “The first lockdown was unprecedented in the way it changed people’s day-to-day lives. We found that many smokers took this opportunity to stop smoking, which is fantastic. However, the first lockdown was also a period of great stress for many people, and we saw rates of smoking and risky drinking increase among groups hardest hit by the pandemic.

“It will be important to keep a close eye on how these increases in smoking and drinking develop over time to ensure appropriate support is made accessible for anyone who needs it.”

Michelle Mitchell, Cancer Research UK’s chief executive, said: “There’s no ‘safe’ level of smoking or drinking, and stopping smoking or cutting down drinking will help to reduce your risk of cancer.

“Public health campaigns and prevention services have a vital role to play in helping people to quit and also maintaining the motivation of those who have already made positive changes. The upcoming tobacco control plan for England is a key opportunity for the Government to reduce smoking rates, but this can only be achieved with sufficient investment.

"A Smokefree Fund – using tobacco industry funds, but without industry interference – could pay for the comprehensive measures needed to prevent people from starting to smoke and helping those who do, to quit.”

The Addiction study also involved researchers from the University of Sheffield.

*Cancer Research UK extrapolations comparing smoking prevalence of in 18-34 year olds in England 21.5% before lockdown (August 2019 - February 2020) to 26.8% during the first lockdown (April 2020- July 2020) and using ONS mid-year population estimates for 2020 to estimate the number of people this represents.

This includes those taking up smoking for the first time and those who have relapsed after not smoking for at least a year. Cancer Research UK estimates that around 3,300,000 18-34 year olds in England were classed as smokers during the first lockdown in April 2020- July 2020.

Smokefree is defined in the Government ambition as 5% of the total adult population smoking.