Personal carbon allowances (PCAs) could help countries to reach ambitious climate mitigation targets and enable a low-carbon recovery from the Covid-19 pandemic, according to a new report co-led by UCL researchers. 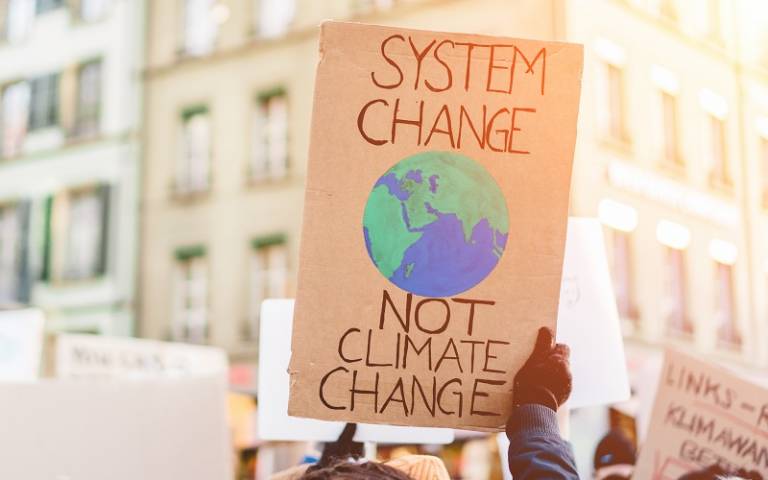 Published in Nature Sustainability, an international team of scientists reconsider PCAs, a concept originally proposed in the 1990s and once considered as a policy-idea by the UK government in the early 2000s*.

In the paper, researchers set out design principles to ensure PCAs would benefit all nations in terms of economic growth, job creation, better education and protection of human rights, among other areas, in accordance with the United Nation’s Sustainable Development Goals.

In the wake of the global pandemic, researchers argue that changes in behaviour due to the Covid-19 crisis, combined with increased digitalisation and advancements in ICT and artificial intelligence, offer a “perfect storm of opportunity” to finally implement PCA policy. They call for PCAs to be trialled in certain countries that meet criteria for being climate-conscious and technologically advanced.

The findings could have worldwide implications as governments face up to the stark realities put forward in the recent IPCC report, which stated that global warming is already affecting weather and climate extremes around the world, but that deep cuts in emissions could stabilise rising temperatures.

“Economic assigns a visible carbon price to fossil-fuel based energy, and possibly to consumption-related emissions.

“Showing consumers the link between their everyday activity and carbon increases cognitive awareness and the shared goal of emission reduction, and the equal-per-capita allocation of PCAs is envisaged to create a social norm of low-carbon behaviour.”

Lead author Professor Francesco Fuso Nerini, (Associate Professor, KTH and Director of the university’s Climate Action Centre) said: “People are watching helplessly while wildfires, floods and the pandemic wreak havoc on society, yet they are not empowered to shift the course of events. Personal climate allowances would apply a market-based approach, providing personal incentives and options that link their actions with global carbon reduction goals.”

Implementing PCAs would require courageous ´first mover’ countries. Professor Fuso Nerini added: “There are clear political risks in advocating challenging or radical policies, particularly if they have never been implemented elsewhere and there is no previous policy experience to learn from.

“At the same time, those ´first movers´ may experience benefits that go well-beyond reducing emissions and achieving net-zero targets.”

Under a PCA policy, all adults would receive an equal and tradable carbon allowance that reduces in time, in line with national targets. People who find themselves short on carbon allowances could purchase additional credits from those with excess to sell.

Professor Ekins added: “People are desperate to do something … but too often they get trivial advice, such as pre-rinsing dishes before putting them in the dishwasher.

“A personal carbon allowance system would tell them what they could do to make a real difference, in a context where they knew other people would also be making their contribution.”

*The UK government explored a mandatory PCAs scheme in the 2000s but rejected it due to perceived low social acceptability, technological barriers and high implementation costs.