A new mechanism that stops the progression of Huntington’s disease in cells has been identified by scientists at UCL and the University of Cambridge, as part of their research groups at the UK Dementia Research Institute. 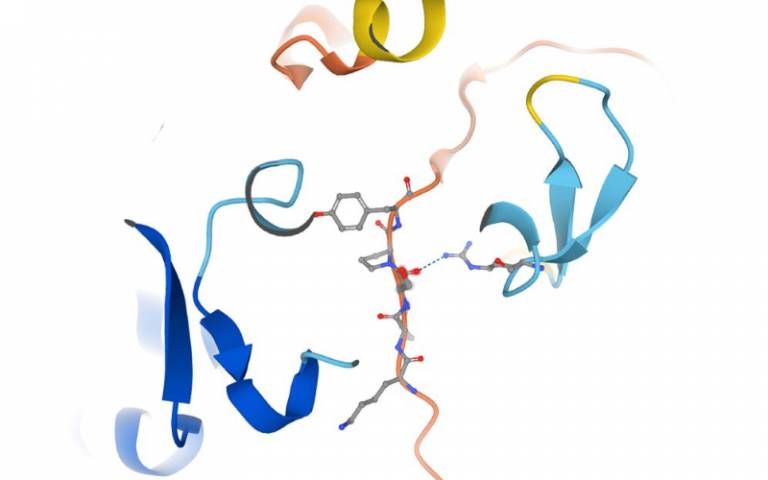 Researchers say the breakthrough study, published in Cell Reports, could lead to much needed therapies for the rare genetic disease, which is currently incurable.

Huntington's disease is a progressive and devastating neurodegenerative disorder, that affects about 1 in 10,000 people in the UK.

The disease is caused by the accumulation of toxic repetitive expansions of three DNA blocks called nucleotides (C, A and G) in the huntingtin (HTT) gene and is often termed a repeat expansion disorder. These CAG tri-nucleotide repeats are expanding by misuse of a cellular machinery that usually promotes DNA repair called ‘mismatch repair’. This overuse in mismatch repair drives Huntington's disease onset and progression.

In this study researchers investigated the role of FAN1 - a DNA repair protein, that has been identified as a modifier of Huntington’s disease in several genetic studies; however, the mechanism affecting disease onset has remained elusive.

Using human cells and techniques that can read DNA repeat expansions, the researchers found that FAN1 can block the accumulation of the DNA mismatch repair factors to stop repeat expansion thus alleviating toxicity in cells derived from patients.

Co-lead authors Dr Rob Goold and PhD researcher Joseph Hamilton, both UCL Queen Square Institute of Neurology and UK Dementia Research Institute at UCL, said: “Evidence for DNA repair genes modifying Huntington's disease has been mounting for years. We show that new mechanisms are still waiting to be discovered, which is good news for patients.”

Medicines that could mimic or potentiate (increase the power of) FAN1 inhibition of mismatch repair would alter disease course. The team is now working with the biotechnology company Adrestia Therapeutics, based at the Babraham Research Campus near Cambridge, to translate these discoveries into therapies for substantial numbers of patients in the UK and worldwide.

Senior author of the study, Professor Sarah Tabrizi, director of the UCL Huntington’s Disease Centre, UCL Queen Square Institute of Neurology and UK Dementia Research Institute at UCL, stated: “Our next step is to determine how important this interaction is in more physiological models and examine if it is therapeutically tractable. We are now working with key pharma partners to try and develop therapies that target this mechanism and might one day reach the clinic.”

Professor Steve Jackson, CSO and Interim CEO of Adrestia, said: “My colleagues and I are delighted to be working with Professor Tabrizi, Dr Balmus and the UK Dementia Research Institute to seek ways to translate their exciting science towards new medicines for Huntington's disease and potentially also other DNA-repeat expansion disorders.”

The study was funded by the CHDI Foundation and UK Dementia Research Institute.