Headteachers and school leaders have described how an ‘avalanche’ of confused and shifting Government guidance severely impeded schools during the critical first months of Covid lockdown, in a new study by researchers from UCL and the University of Cambridge. 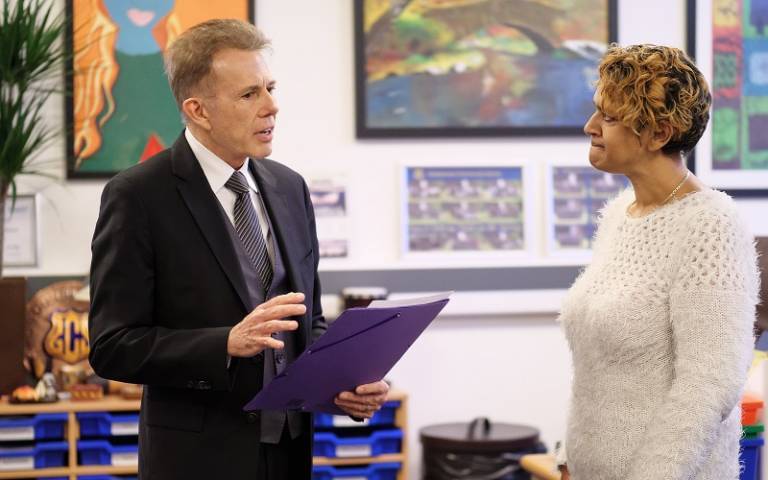 The research compiles data gathered from almost 300 heads and other school leaders in June 2020, as schools were beginning to reopen after the first wave of closures. It documents leadership teams’ struggles with overwhelming and disorganised information dumps by Government and the Department for Education (DfE), which were often issued with barely any notice and then continually updated.

The researchers calculate that between 18 March and 18 June 2020, DfE released 201 policy updates for schools. This included 12 cases in which five or more documents were published in a single day for immediate interpretation and implementation.

Asked about the main challenges they faced, heads repeatedly cited ‘changing updates’, ‘clarity’ and ‘time’. 77% of executive heads and 71% of headteachers complained about “too many inputs and too much information”. In follow-up interviews, participants referred to being “inundated” with Government updates, which often contradicted earlier guidance.

Peter Fotheringham, a doctoral researcher at the University’s Faculty of Education and the study’s lead author, said: “We expected the biggest challenge for school leaders during lockdown would be student welfare. In fact, time and again, the message we got was: ‘I don’t know what’s going to happen tomorrow, nothing is being shared in advance, and it’s overwhelming.’”

“It was uncanny how often the term ‘avalanche’ was used to describe the ridiculous amount of information they were getting. Policy measures were also typically announced to the public before official guidance even arrived, so parents were on the phone before heads even had a chance to read it. We think that with some simple fixes, a lot of this could be avoided in the future.”

The study invited a random sample of heads and other school leaders in England to complete a simple, anonymous questionnaire about what information had informed their schools’ responses to the pandemic, and any associated challenges and opportunities. 298 leaders responded, 29 of whom were later randomly selected for follow-up interviews.

Asked to rate the importance of different information sources on a scale of one to five, school leaders perceived guidance from the DfE (average score 4.1) and Government (4.0) as most important – ahead of sources such as Multi-Academy Trusts (MATs), unions, or the media.

Many, however, expressed deep frustration with the lack of notice that preceded new Government guidance, which they often heard about first through televised coronavirus briefings or other public announcements. “Society at large is being given information at the same time as schools,” one head told the researchers. “There is no time to put our thoughts in place before parents start calling.”

Follow-up guidance, either from DfE, Local Education Authorities, or MATs, tended to lag behind. The study finds this meant heads had to interpret key policies – such as those concerning safety measures, social distancing, in-person tuition for the children of key workers, or schools reopening – before further information arrived which sometimes contradicted their judgements.

One survey response read: “It is quite clear that cabinet does not communicate with the DfE before making announcements, leaving everyone scrabbling to develop policies in the dark, while parents and students look to the College for immediate guidance.”

The sheer volume of information being released also represented a major challenge. During the three-month period concerned, DfE published 74 unique guidance documents; each of which was updated three times on average. The net result was that school leaders received an average of three policy updates per day, for 90 days, including at weekends.

“A critical problem was that there was no way of telling what had changed from one update to the next,” Fotheringham said. “Leadership teams literally had to print off different versions and go through them with a highlighter, usually in hastily-organised meetings at 7am.”

“These things are very, very time-consuming to read, but have highly technical consequences. Even a small change to distancing rules, for example, affects how you manage classrooms, corridors and play areas. The release process made the translation of such policies into action incredibly difficult.”

The study concludes that introducing simple measures, such as signalling in-line changes to policy updates, ‘would have a high impact’ on school leaders’ ability to implement policy during any future disruption. Fotheringham added that “numerous mechanisms” were available to DfE to sharpen its communications with heads – not least a direct-line email system to school leaders, which could have been used to give them advance warning about new guidance.

The findings also underline the value of schools’ wider networks within their communities and of the professional connections of school leaders themselves. Heads repeatedly described, in particular, the benefits they experienced from having opportunities to collaborate and share ideas with other school leaders as they tried to steer their schools through the crisis. Investing in further opportunities to do this beyond the ‘traditional’ structures offered by local authorities or MATs would, the authors suggest, prove beneficial.

The study warns that the challenges faced by school leaders in the spring of 2020 appear to echo those encountered both internationally and in the UK during previous school closures – for example, amid the 2009 H1N1 swine flu pandemic, when 74 UK schools had to close.

“We frequently describe Covid as unprecedented, but school closures are a common public health measure,” Fotheringham said. “Previous cases have provided plentiful evidence that Government communications with schools can be a problem. The findings of this study would suggest we haven’t yet learned those lessons.”

Co-author Grace Healy (UCL Institute of Education) said: "Whilst the findings of this research might not be a surprise to anyone in the sector, we think it is important that the lived experiences of school leaders during the Covid-19 pandemic are recognised and continue to be engaged with.

"It is heartening to find despite the significant challenges faced at the beginning of the pandemic, school leaders still identified and acted upon various opportunities to strengthen support and communication within their school communities for staff, students and parents/carers.

"We are incredibly grateful to the school leaders who contributed to this research for their thoughtful responses; particularly as leaders responded to the survey during a challenging and highly pressured time."