Over a third of people (34.4%) reported a change in their drinking habits over the last year, and of those nearly half (49.1%) say they are currently drinking more alcohol compared to March/April 2020, find UCL researchers as part of the Covid-19 Social Study. 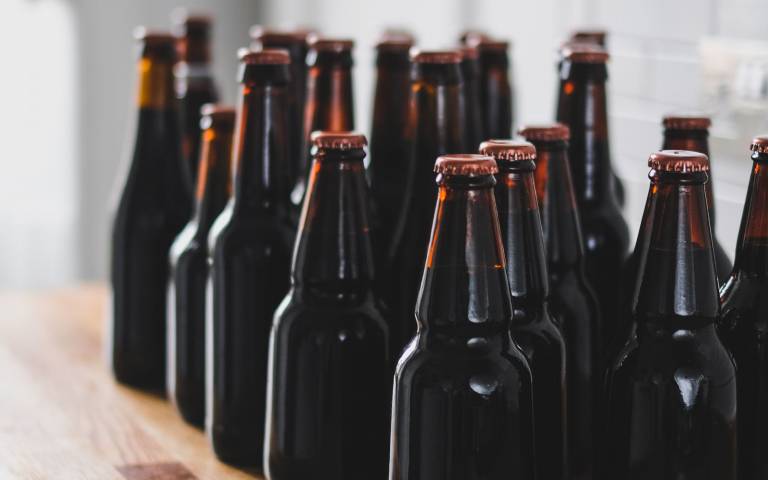 There have, however, also been decreases in alcohol consumption, particularly among the (7.5%) of people studied who reported being heavy drinkers (15+ units a week) a year ago.

More than 1 in 10 (12.9%) people who smoked in March/April 2020 say they have stopped smoking altogether, a percentage which was similar across age groups, gender and household income. Almost all (98.5%) of non-smokers and ex-smokers have remained so during the pandemic. However, almost two fifths (39%) of smoking adults say they are currently smoking more per day than they were a year ago, rising to 44.6% among those aged 60+.

Launched in the week before lockdown started, the ongoing UCL Covid-19 Social Study is funded by the Nuffield Foundation with additional support from Wellcome and UK Research and Innovation (UKRI). It is the UK’s largest study into how adults are feeling about the lockdown, government advice and overall wellbeing and mental health with over 70,000 participants who have been followed across the last 56 weeks.

Lead author, Dr Elise Paul (UCL Institute of Epidemiology & Health) said: “Our report shows that during the pandemic, alcohol consumption has increased for many. This could be due to a wide range of factors, including using alcohol to cope with stress, and the absence of other ways in which to demarcate home and work life when working from home during the lockdown.

“The closure of non-essential shops and restriction of activities will also have had an impact, with people drinking more for lack of anything else to do, rather than due to a conscious decision to increase alcohol consumption. The decrease in drinking among some younger people is likely due to younger people drinking more at pubs, bars and clubs, all of which have been closed for the majority of the last year.

“The reduction in smoking is good news, with far more people quitting than starting during lockdown. Smoking is a habit as well as an addiction, and many people may have found that the upheaval and changes in routine due to Covid-19 made quitting smoking easier. Alternatively, they may have made a conscious decision to use the lockdown to make at least one positive health change. The increase in smoking among other sections of the population could be explained by the stress of the pandemic, as well as boredom.

“It remains to be seen whether these changes in smoking and alcohol consumption will continue long-term, or start to reverse as we emerge from the pandemic.”

Despite the recent increases in happiness and life satisfaction, levels of depression and anxiety symptoms remain similar to levels in the autumn of 2020. Anxiety and depression symptoms both increased just before the recent easing of restrictions for the current lockdown, but decreased thereafter. Similarly, although loneliness levels decreased slightly when restrictions were eased, they are similar to the levels seen as restrictions for the first lockdown eased.

Cheryl Lloyd, Education Programme Head at the Nuffield Foundation said: "As Covid-19 restrictions begin to ease across the UK and the vaccine roll-out continues, people are reporting higher levels of happiness and life satisfaction. However, this is by no means a universal experience, with some groups more likely to report higher levels of depression and anxiety symptoms, including young adults, women, those on lower incomes, people from ethnic minority groups and those with pre-existing medical conditions. The psychological impacts of the pandemic will continue beyond lockdown, so it is crucial that effective mental health support is available and accessible to those who need it."

*This UCL news story updates a press release entitled ‘Nearly half drinking more than a year ago but a tenth quit smoking’ which contained inaccurate/incomplete data, as a result of a computer error.