This week we meet Professor Dame Jane Dacre, who chats to us about being the the third woman in 500 years to have been elected as President of the Royal College of Physicians – plus her current work leading the Government review into the gender pay gap in medicine. 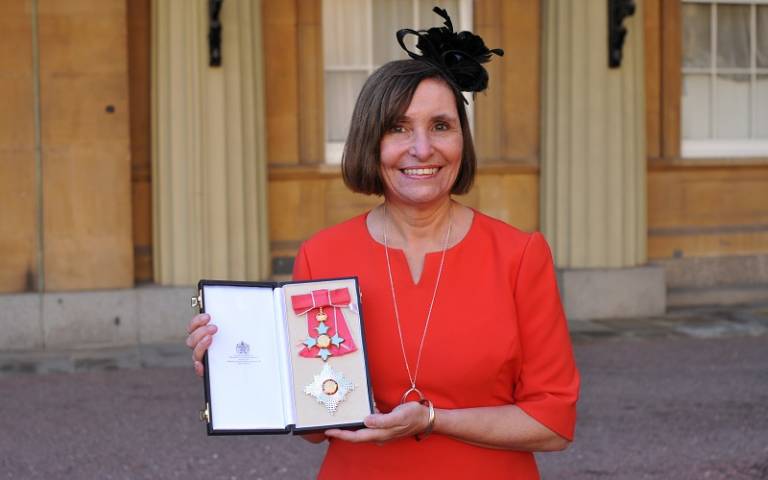 I am Professor of Medical Education. My current role involves being part of the leadership of the UCL Medical School, supporting Professor Deborah Gill to deliver the MBBS programme.

I have been at UCL since 1995. Prior to that I was at St Bartholomews’ Medical College.

My proudest achievement was being the President of the Royal College of Physicians. I was the third woman to have been elected to the role in 500 years. I was president during the quincentenary year, which was an absolute privilege and honour.

I am lead for the Government review into the gender pay gap in medicine. It has been a fantastic piece of research-led work. I work with a team of researchers, led by Professor Carol Woodhams from the University of Surrey Business School. The report is complete, and we are waiting for a launch date. Sadly, this has been delayed due to the COVID-19 pandemic.

Favourite film is Hidden Figures... about the extraordinary women who worked at NASA and did the maths that got John Glenn into orbit... and back again.

During Covid times, family bubble only!

Some of your the least likely projects will turn out to be the most successful ones.

My quirky interests are speaking French, and watching wildlife. I also like to sing choral music.