Opinion: What Spanish science policy can (and should) learn from the pandemic

PhD researcher Pablo Izquierdo (UCL Biosciences) and his colleagues discuss Spain’s response to the Covid-19 pandemic and urge for stronger collaboration between public and private research, as well as more government support for scientific research. 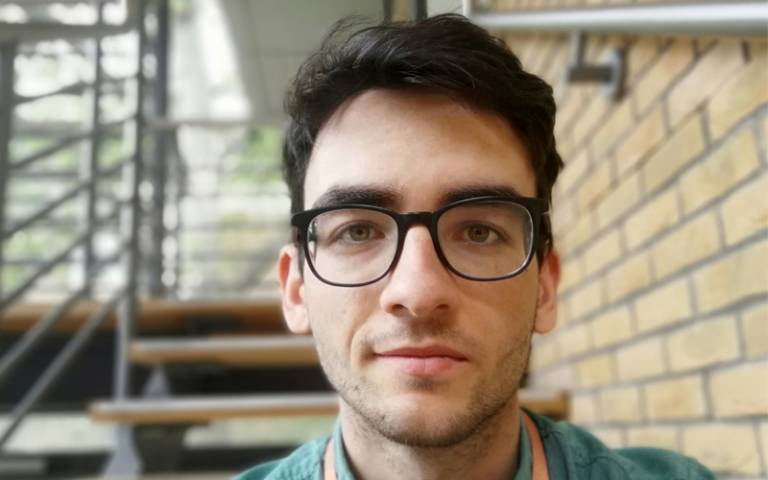 The coronavirus has shaken our society and our economy, but also our science. At a time when all eyes are turned to researchers, the pandemic has exposed the chronic problems of our R & D & I system. These hinder the competitiveness of the system and its adaptation to the digital age. They also cause precariousness among their workers. Not in vain, the mobilizations of the research group have re-emerged with force during the summer.

From the Society of Spanish Scientists in the United Kingdom (CERU), based on our international experience, we have dedicated this year to analyzing Spanish scientific policy. We defend here inescapable changes that the pandemic has put, more than ever, on the table.

The government presented in July a shock plan for science that represents a step in the right direction. However, it is not enough. It tackles only a few pressing issues, with great emphasis on biomedical research and an expected short-term focus on a crash plan.

Our science, technology and innovation system requires profound and structural changes that revert the situation to which it has been led after years of neglect. It needs financing and stability, but also that we consolidate R + D + i as a pillar of our production model with a design of strategies that seeks the way out of this health, economic, political and social crisis.

Like many other workers, researchers have had to adapt to forced marches to telework. This change calls for a debate on the presenteeism of our work culture, also under investigation. Likewise, it shows the need for a regulation that avoids abuses and work overloads, for example, by adapting to virtual teaching.

Adaptation to telework must go hand in hand with conciliation. One of the gaps in teleworking has been its negative impact on women and their dependents. This must be resolved urgently as part of a broader action by conciliation and discrimination in recruitment and promotion processes, which would tackle the gender gap that exists in our R + D + i.

The excessive bureaucracy of our R & D & I system weighs down research activity and our ability to attract talent from abroad. In addition to affecting teleworking, digital adaptation is an opportunity to adopt electronic formats that simplify bureaucracy. But the opportunities offered by this digital transformation affect other areas.

We must review the environmental impact of research activity and develop alternative work and cooperation methods that reduce our carbon footprint. It is also an opportunity to increase our international projection, and forge collaborations between researchers from within and outside our territory. It is mandatory, within the framework of the 2030 Agenda, that the latter seek interdisciplinary alliances from the humanities and social sciences to research in engineering and new technologies.

The search for drugs against SARS-CoV-2 has also highlighted the international nature of the scientific effort and the importance of a fluid collaboration between public and private research. In Spain, the contribution of private initiative to R + D + i is very modest compared to neighbouring countries or the average of the European bloc. Furthermore, neighbouring countries such as the United Kingdom consider it strategic to increase alliances between academia and industry. We must bet on such collaboration to increase our research muscle, without forgetting equity and mutual benefit.

It is essential that the response to the crisis is evidence-based, reproducible and transparent. Already at the dawn of Covid-19, numerous scientific institutions committed to publishing results openly and in a hurry. We must take advantage of this push to foster a debate on the scholarly publishing system and its evaluation. It is also necessary to promote open science policies, strengthen institutional repositories and promote the publication of primary data.

The public has closely followed the scientific news these months. This has highlighted the social value of research and the importance of outreach. Our researchers must receive - from the doctorate - training in scientific communication. The scientific culture units in our universities and research centres must be strengthened. Likewise, independent scientific advice systems should be established for the Legislative (and improve those of the Executive) to base political decisions on the best scientific information.

In the current context, from CERU we believe that Spain must act urgently on these points during the political course that is now beginning. Only with an ambitious and transversal scientific policy will we be able to strengthen -— after the crisis caused by the pandemic-— our R & D & I system, and underpin a recovery based on the generation of knowledge and social welfare.

These proposals come from the report "For an innovative country" that we have prepared from the Department of Scientific Policy of the Society of Spanish Scientists in the United Kingdom together with researchers working in Spain and the United Kingdom, as well as experts in management and transfer.

This article was first published in the Conversation on 10 September.