Opinion: England faces a bleak winter unless it gets a grip on test and trace

Professor Anthony Costello (UCL Institute for Global Health) lists the issues which led to the failure of England’s test, track and trace programme and calls for reform to this system to keep a second wave of Covid-19 under control. 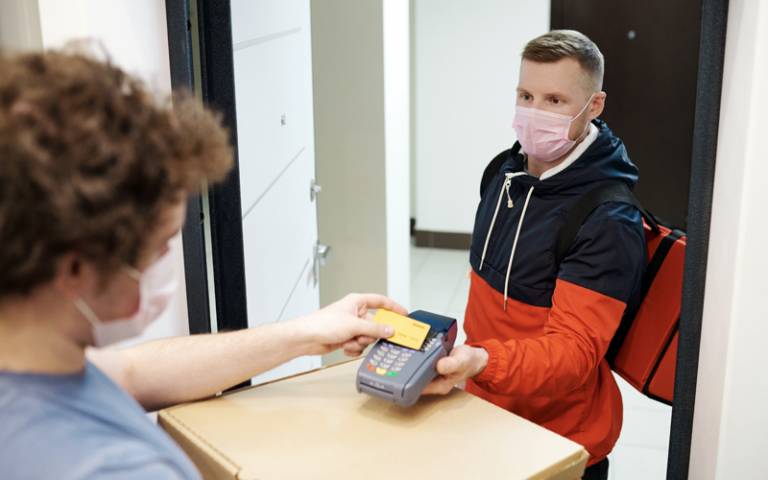 After a summer of social gatherings, “eat out to help out” and urging commuters to “get back to the office”, the government appears to be losing control of the pandemic. Almost 3,000 new cases were reported in the UK over the weekend and hundreds of pupils have gone into isolation after cases were discovered at more than 90 schools. Gatherings of more than six people will now be banned in England from Monday in an attempt to curb this rise in case numbers. But although the government is right to tighten social distancing, this alone won’t solve the problem of rising cases. To do that, it urgently needs to restructure England’s failed test and trace programme.

In truth, England’s test and trace programme has always been half-hearted. It was supposed to be “world beating”, but now appears more like a national disgrace. On 12 March the government stopped community testing altogether on the advice of its scientists and medics. By then, South Korea had already mobilised its pharmaceutical and state laboratories to scale up mass testing. In Wuhan, where the Covid-19 pandemic originated, authorities deployed 9,000 community health workers and volunteers to find cases, trace contacts and ensure their isolation among the 11 million residents, a ratio of one worker per 1,220 people.

By contrast, England mobilised nothing. We only tested through the few existing public health laboratories, and ignored the capacity of our 44 NHS molecular virology labs. None of the 750,000 volunteers who signed up to help the NHS, including thousands of retired nurses and clinicians, were used. No attempt was made to bring communities on board with contact tracing.

In April, the government finally realised it required a national testing and tracing programme. It then bypassed the NHS, ignored community volunteers and sought inexpert private sector solutions. While Germany and South Korea had sent trained health workers to administer swab tests, the UK turned to the accountancy firm Deloitte to manage testing in car parks, where untrained testers gave out nasal swabs for people to take in their vehicles. Private Lighthouse laboratories, also run by Deloitte, provided centralised testing but weren’t subject to the same tight quality controls of their NHS counterparts. Test results weren’t shared with local public health centres or GPs - the people who could have worked to prevent transmission in their local communities. And despite the government having weeks to prepare for a second wave, the testing system is still failing. Many people are having to travel hundreds of miles from home to receive a swab test.

When it comes to contact tracing, England has fared no better. The government outsourced the service to Serco and Sitel, which then subcontracted the job out to 29 other companies to provide centralised call centre contact tracing. Reports found that many contact tracers were making only a handful of calls a month, instead occupying their time with barbecues and quizzes – while research showed that in the first weeks of its inception, the system failed to reach thousands of people. For months, no financial support was offered to those who were asked to isolate; even now, those who must isolate and forgo wages receive only £13 a day. A survey of people who were asked to self-isolate in the UK showed that 75% had left home in the previous 24 hours.

With the economy and schools reopening, a rise in cases was always likely. According to the Academy of Medical Science, a second wave could lead to 120,000 hospital deaths between September and June next year, while the London School of Hygiene and Tropical Medicine forecasts between 170,000 and 480,000 deaths by the end of 2021, with only repeated national lockdowns capable of stopping the carnage. But we should be wary of these doomsday estimates. Populations are not homogenous in their vulnerability to Covid-19, and many things have changed since the start of the pandemic.

More people who are vulnerable are shielding now than they were at the beginning. There may be rising levels of immunity in people who have produced T-cells against the virus, even if antibodies are absent. And the risk of transmission is uneven among infected people: some are “super-spreaders”, but others don’t transmit it at all. The British neuroscientist and mathematical modeller Karl Friston estimates that Britain may see a much lower death rate than some forecasts suggest, and that we could suppress the epidemic by November if we ensured just 25% of infected people without symptoms were effectively isolated. Currently that figure is around 5%, and given the state of England’s current testing and tracing and isolating capacity, it seems overly optimistic that this could be easily achieved.

But this doesn’t let the government off the hook. There is no room for complacency: the size of the second wave will depend in large part on the efficacy of the testing and tracing programme. Improving this system would include rolling out far more nasal swab tests, administered by trained nursing staff in primary care centres. It would mean fully reallocating the funds and personnel for contact tracing to local public health teams, assisted by England’s national expert health protection teams. We’d have local public health review committees monitoring the number of tests and the efficacy of the system, while community volunteers would be involved in contact tracing where necessary, and would also remind people about the availability of testing and the positive test rate per 100,000 in their area.

The government would cut the foolish money it has wasted on private contracts, investing this instead in local public health and a generous support scheme for people who need to isolate. The spread of coronavirus and the success of our economy are intertwined. It’s only with a dramatically reformed test and trace system that we have a chance at restoring our livelihoods and economy this winter.

This article was first published in the Guardian on 10 September.