Measures introduced to protect homeless people from COVID-19 infection, including the use of hotel accommodation and increased hostel hygiene, are estimated to have prevented hundreds of deaths in this vulnerable population, finds a new study led by UCL researchers. 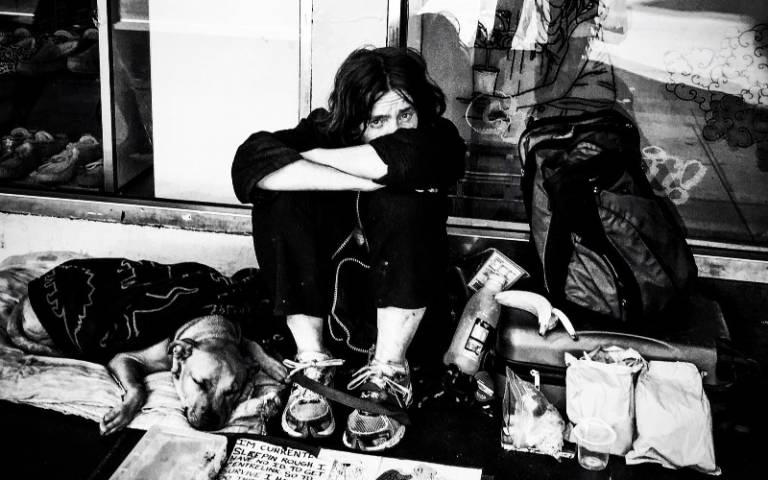 The research team, whose modelling study is published in The Lancet Respiratory Medicine, also find that relaxing these infection control measures could lead to outbreaks and potentially hundreds of deaths among homeless people, whether there is a second wave or not.

On March 26, 2020, the UK Government instructed that dormitory-style night shelters should be closed and mandated local authorities in England to provide alternative accommodation to those people sleeping rough. Many local authorities used commercial hotel rooms which were vacant due to the pandemic.

Separately, homeless hostels with single bedrooms and shared facilities continued to operate as they had before, but with enhanced hygiene and social distancing measures.

Explaining the study, lead author Dan Lewer (UCL Epidemiology & Health Care), said: “People experiencing homelessness are vulnerable to COVID-19 due to the risk of transmission in shared accommodation and the high prevalence of comorbidities. In England, as in some other countries, preventative policies have been implemented.

"We aimed to estimate the number of avoided deaths during the ‘first wave’ of COVID- 19 in England, and the potential impact of COVID-19 on this population in the future.”

For the study - the first to model SARS-CoV-2 transmission in a homeless population - the researchers used computer modelling to assess different scenarios over autumn and winter.

Using data from homeless charities and information provided by hostels, researchers also estimated that 4% of the homeless population had acquired SARS-CoV-2 by May 31, 2020.

The model estimated that 24 deaths actually occurred among homeless people in the first wave in England. However, it also estimated that the preventative measures imposed might have avoided over 21,000 infections, 266 deaths, 1164 hospital admissions and 338 ICU admissions among the homeless population.

Testing the model against a second wave, and providing the preventative measures remain in place, researchers estimated there would be a relatively small number of additional cases between June 1, 2020, and Jan 31, 2021, with over 1,754 new infections, 31 deaths, 122 hospital admissions, and 35 ICU admissions.

However, should preventative measures be lifted, the research found that outbreaks in homeless settings might lead to larger numbers of infections and deaths, even with low incidence in the general population.

In a scenario with no second wave and relaxed measures in homeless settings in England (effectively a return to the system homeless people experienced pre-pandemic), the model projects more than 12,000 new infections, 184 deaths, 733 hospital admissions, and 213 ICU admissions between 1st June 2020, and 31st Jan 2021.

The researchers did not model the ‘worse-case scenario’ – a second wave and less preventive measures, because further surges of COVID-19 (as are currently happening in the UK) will lead to more intensive preventive infection control measures in the general population.

UCL PhD researcher, Dan Lewer added: “During the first wave of COVID-19 in England, our modelling suggests that people experiencing homelessness were protected by interventions in the general population, infection control in hostels, and closing of dormitory-style accommodation.

“We have known for a long time that hostels and night-shelters are susceptible to outbreaks of infectious diseases, and other countries have seen big outbreaks of COVID-19 in homeless shelters. In England, homeless people living in hostels or in emergency hotels have been offered testing when symptomatic, and occasionally mass screening exercises have been undertaken. We are not aware of any outbreaks to date. The results of our model suggest that closing of dormitory-style accommodation and increased infection control in single-room accommodation might have contributed to the absence of outbreaks.”

Senior author, Professor Andrew Hayward (UCL Epidemiology & Health Care) and member of the New and Emerging Respiratory Virus Threats Advisory Groups (NERVTAG) said: “The number of homeless people on the streets is rising again, COVID-19 is increasing and cold weather is coming.  We urgently need alternative emergency single room accommodation so that communal night-shelters are not forced to re-open. The Government response to COVID-19 in the homeless was world-leading but there now needs to be a renewed commitment to protecting the most vulnerable.”

This study, conducted with researchers at Imperial College London, Lancaster University and Public Health England, will be presented at the European Society of Clinical Microbiology and Infectious Diseases (ESCMID) Conference on Thursday 24 September, 2020.