Analysis: How US disease control shaped colonial power politics in the Caribbean

Dr Alex Goodall (UCL History) looks at how Covid-19 could change the global balance of power, and historical examples of diseases impacting on geopolitics in the USA. 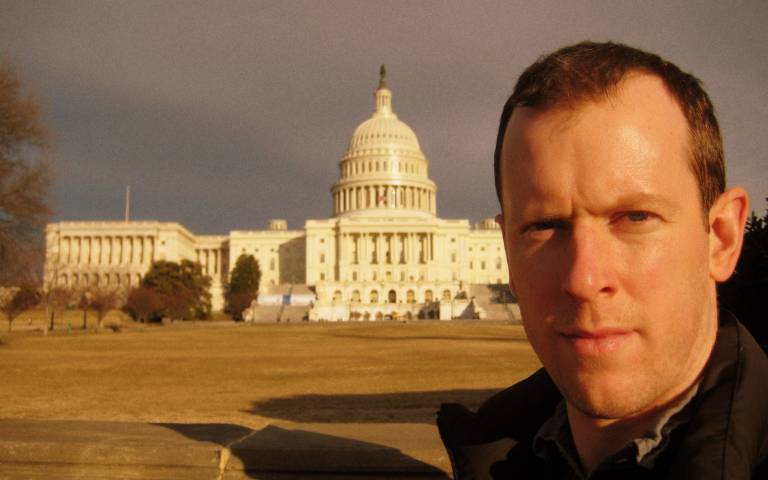 A year ago, it would have seemed bizarre to suggest that a virus could reorder the global balance of power. But today, many are wondering whether the US failure to manage COVID-19 and the aggressive moves of the Chinese in the wake of their relative success in controlling the disease, marks a turning point in international relations.

It wouldn’t be the first time that epidemics shaped geopolitics. When the US first emerged as an international power at the start of the 20th century, expanding into the Caribbean and Central America, disease control played a crucial part in its rise. Epidemics pulled the US into the region and weakened the European powers they were displacing.

In the late 19th century, outbreaks of yellow fever spread across the southern states of the US with devastating regularity, causing havoc and destruction. A particularly vicious case in 1878 in the Mississippi delta caused mass flight from cities, economic destruction and tens of thousands of deaths.

Many Americans believed these epidemics originated in the black waters and unplumbed streets of Spanish-controlled Havana, closely connected through steamship commerce to the southern US, although the weakness of American sanitation at the time was also partly to blame. Efforts to quarantine US ports and disinfect vessels from Cuba failed to control the spread.

Epidemic diseases, including yellow fever and malaria, were also weakening the Spanish grip on its Caribbean colonies. In 1895, Cuban rebels rose up against the Spanish crown and for three years fought a bitter struggle for independence. Spanish soldiers lacked the immunity built up by local inhabitants and by 1898 over 90% of their military deaths were due to disease rather than combat. Around half of Spain’s soldiers on the island were incapacitated.

Observing this, the US government concluded that only putting an end to Spanish colonial rule would resolve the threat of tropical disease – and so it declared war on Spain. In the Spanish-American War of 1898 that followed, the Spanish forces, progressively weakened from fighting the Cuban insurgency, were quickly defeated, and the US seized Spain’s colonies in the Caribbean and Asia: Cuba, Puerto Rico, Guam and the Philippines.

During the subsequent occupation of Cuba, the US put disease control front and centre. As well as hoping to reduce the spread of yellow fever within the US, this was also a response to their soldiers’ experiences during the Spanish-American war. Within weeks of landing, the expeditionary force had been nearly crippled by tropical disease, just as the Spanish had been. Disease control was also a vital tool for international propaganda, suggesting that the US could deliver a healthier future than European imperialism.

Epidemiology and international relations also intersected in Panama, which in 1903 the US successfully conspired to separate from Colombia.

Panama was a major international trading route, but also notoriously unhealthy. The French had attempted to build a canal there in the 1880s, but couldn’t cope with the hundreds of workers dying a month from yellow fever, malaria and other diseases. News of the carnage travelled back to Europe and made it harder to recruit new workers.

In particular, French doctors and officials did not fully understand the role of mosquitoes in disease transmission. Unable to combat the spread, the project collapsed. When the Americans arrived in 1904 to begin their own canal-building effort, they found the rusting hulks of French machinery scattered across the country, the might of modern industry laid low by some of the tiniest organisms in nature.

At first, the US suffered from the same problems as the French, losing thousands of workers. However, it threw huge amounts of economic, scientific and human capital at the problem. Work conducted by both Cuban and US scientists, including Major Walter Reed, after whom the US Army’s flagship medical centre is today named, began to improve understanding of the mechanics of disease transmission. This led to new models of disease control for Panama.

The scale of this enterprise made America’s rivals sit up. The US targeted muddy ditches, stagnant pools of water, railroad sidings and other places where mosquito larvae were laid, spraying them with oil and chemicals. It also cut back huge areas of brush around living areas along the canal zone.

The effort was far from perfect. In typical military fashion, the quartermaster’s department was more interested in maintaining perfectly crew-cut, manicured lawns around the officers’ buildings than cutting back the longer and more dangerous grasslands around the residences of lower-status American workers. In line with the racist beliefs of the time, Afro-Caribbean workers, who had been brought over in their thousands to work on the canal, were left to fend for themselves.

Nevertheless, improved scientific understanding of disease transmission helped the US succeed where the French had failed. When the canal opened in 1914, their triumph was as much an epidemiological success as a technological and organisational achievement.

In Cuba and Panama, disease control was a crucial theatre in the struggle for geopolitical supremacy. Then, as now, epidemics turned the microscope on the health of nations. Time will tell whether we will look back on our current time as a similar moment of transition.

This article originally appeared in The Conversation on 24 September 2020.