Analysis: Care, childhood and power in the film Rocks

Dr Rachel Rosen (UCL Institute of Education) reviews the film ‘Rocks’ and explores its look at the situation of children, dependents and how the film provides a fresh perspective on caring for one another. 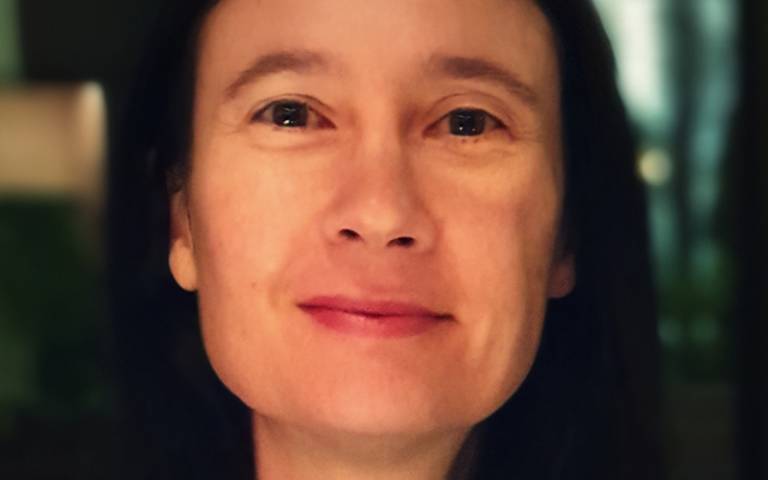 “You don’t know what hurt is,” 15-year-old Rocks utters in a compelling and stark, cinematic take on friendship, family and the complexities of care. When Rocks comes home one day to find her mother gone, leaving only a brief note and some £20 bills behind, she is determined to stick with her younger brother, even if it means evading “the social” and other adults in authority. The film follows her and her East London friends as she struggles to care for her brother in increasingly difficult circumstances.

It would be easy to interpret this film as a story of a girl made to prematurely shoulder adult responsibilities, as other reviews have. But my research with children and young people suggests that to do so would miss the mark. Instead, it shows how treating children as simply vulnerable dependants can mean that practices, policies, and institutions which are intended to protect them can end up belittling them or exacerbating children’s marginalisation.

“Close your eyes. Think of everything that is happy. And keep on breathing in and out. And stop thinking of all your worries,” Rocks’ brother Emmanuel says to her as they pass time in a gritty hotel room, paid for with the last of their money. This reassuring moment of emotional closeness is emblematic of many examples in the film of young people caring for each other. The film adeptly portrays both the challenges and joys of family and friendship as Rocks’ friends make every effort to support her, even if their efforts are refused or cause further problems for Rocks.

My own research is full of similar examples of the ways that children care for others. A soft pat on the back provided by one 4-year-old to another in tears. Showing newly arrived lone child migrants where to shop for familiar foods or how to cook on their own. Interpreting so those learning English can access education or housing. Providing advice and advocating for young people trapped in the woods around Calais or in the unofficial refugee camp. Sharing bus passes with those who do not have them. Sending money to family members trapped in war zones, refugee camps, or conditions of destitution. Laughing and joking together, to make space for joy.

In the film, as in my research, young people have the capacity to care for each other and adults in their lives: emotionally, socially, practically and financially. Many also want to do so, feel that it is right to do so and feel a sense of pride in the way they care for others. It is not that it is fundamentally problematic for children to have responsibilities or that in doing so they are “adultified”. What is crucial in understanding Rocks’ experience, and those of the children and young people involved in my research, is understanding the conditions in which such care happens.

“Listen Rocks. I think you should tell someone. About your mum,” Rocks’ best friend Sumaya says carefully. “I don’t think so,” Rocks replies firmly. While the reasons for her reluctance are never made explicit, her fear of being found by social services is palpable as is her distress when the moment eventually arrives.

Insights from children and young people involved in my research offer some helpful ways of understanding Rocks’ reticence.

Many social workers see themselves as working for children’s best interests and being guided by principles of children’s rights enshrined in the Children’s Act (1989). But, for young people, it often feels like decisions are made for them and about them, rather than with them. Their limited institutional authority and fiscal independence exacerbate their sense of simply being told what to do. Their “best interests” are always determined by others. The more contact they have with social services, the less they feel any sense of control over what happens in their lives.

While Rocks is not an asylum seeker, much of her story speaks to the experiences of the children in my research who have come to the UK as unaccompanied asylum-seekers. Many of these children end up separated from the ones they care for by social services. Their desire to stay with those they care for rarely factor into the decision making process about care placements. Instead, decisions are governed by a logic of “burden sharing”, where the costs of providing care are split across local authorities. In this process, children are viewed as simply the recipients of care rather than active participants in the decisions made about their lives.

While children as a social group lack power, this is compounded in the context of stark inequalities in the UK. Children from poorer areas are 10 times more likely to be put into care than those from affluent areas. Children of colour are disproportionately taken into care in England, making up 23% of those in foster care.

It’s no surprise that Agnes, Rocks’ white and visibly middle-class friend, is the one who inadvertently exposes Rocks to social services. “Sorry,” Agnes pleads. “I was just asking for advice cause I wanted to help you guys.” Her ability to trust in social services, while Rocks cannot, shows how children’s interactions with authorities are fraught with classed and racialised assumptions.

Children’s exclusion from formalised structures of power and their experiences of racism, destitution and suspicion can help to make sense of Rocks’ reluctance to engage with “the social”. But this leaves her in an impossible situation with increasingly dangerous options. Similarly, rather than face separation from friends, some lone child migrants “go missing” from the care that was organised for them in order to meet up again. But, like Rocks, they often find themselves with inadequate resources and limited information about navigating the complex welfare systems in the UK.

The producers rightly bill Rocks as “a film about the joy, resilience and spirit of girlhood”. Simultaneously, it pierces the assumption that children’s care for each other is not worthy of recognition and support. Without considering the importance of children’s caring relationships, their points of view, and the socio-political contexts of their lives, any efforts to ensure they are cared for will be limited at best.

This article was first published in the Conversation on 15 September.