Decades after German reunification, women who grew up in East Germany are still quicker to return to work after the birth of a child than mothers who grew up in West Germany, according to new UCL and Queen Mary University of London research. 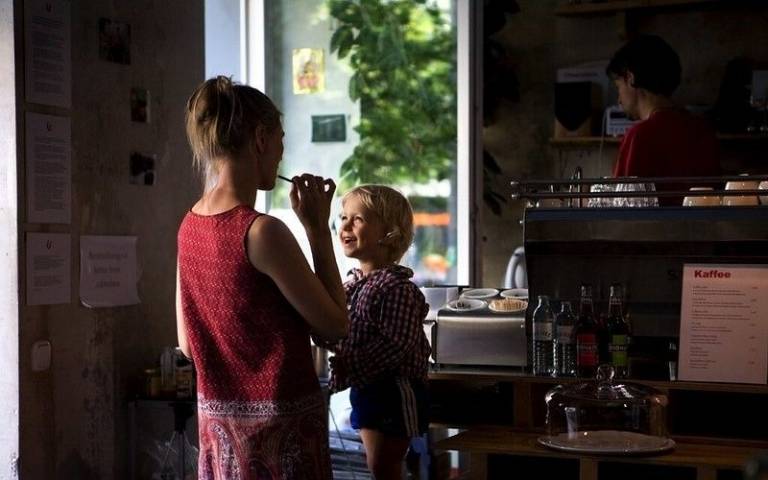 The research, published as Discussion Paper with the Centre for Research and Analysis of Migration (CReAM), also shows that women from East Germany still work longer hours even after many years’ exposure to West German culture, while West German migrants adjust their post-birth employment behaviour nearly entirely to that of their East German colleagues.

Whilst much has been written on the impacts of reunification, few studies have explored cultural exchange between East and West Germany. The research sheds new light on the subject of German reunification, coinciding with the 30th anniversary on 3 October.

Professor Uta Schönberg (UCL Economics), co-author on the study, said: “Taken together, our results indicate a lasting legacy of the former GDR, both on women in the East and – through migration – on women in the West.”

PhD candidate Barbara Boelmann (UCL Economics), co-author on the study, added: “Another thing which surprised us was that cultural transmission seems to be asymmetric. It only works coming from a more gender traditional background changing towards a more egalitarian behaviour.”

The study focused on first-time mothers who gave birth between 2003 and 2006, 13 to 16 years after German reunification. These women were born on average in 1975 and therefore spent their childhoods under two very different regimes.

As a state socialist country under the German Democratic Republic (GDR), East Germany strongly encouraged mothers to participate in the labour market full-time, whereas West Germany under the Federal Republic of Germany (FDR) propagated a more tradition male breadwinner model.

As early as the 1950s, the GDR introduced policies to promote women’s educational attainment and increase female labour force participation in view of a need for labour. By the end of this decade, the regime was propagating the obligation to work. Ideologically, housewives were devalued, with non-working mothers described as “Schmarotzer” (parasites). At the same time, the GDR was one of the first countries in the world to introduce a generous maternity leave policy and make childcare freely available

In contrast, the FDR promoted more traditional gender roles, with the increasing use of derogatory terms such as “Rabenmutter” (literally, raven mother) for working mothers or “Fremdbetreuung” (care by strangers) for day-care centres.

After reunification, these two cultures were suddenly thrown together, with increased social interactions between East and West Germans through migration and commuting. The findings of the study show that women from the East have had a significant impact on their counterparts in the West and have gone on to change the norms and practices of new mums when it comes to the workplace.

The research implies that for women raised in a more gender equal culture, the beliefs and values of their childhood play a more important role (68%) in shaping employment decisions as new mothers than their current cultural environment (32%).

Dr Anna Raute (Queen Mary University of London), co-author on the study, said: “Most strikingly, migrants from the East have had the greatest impact on their West German colleagues, who now behave more similarly to their East Germans counterparts after childbirth, despite having always worked in West Germany.