Primary school testing and inspections will do more harm than good

77% of teachers think that if testing and inspection go ahead in primary schools as normal, the most disadvantaged pupils will be unfairly penalised, according to a report from UCL researchers. 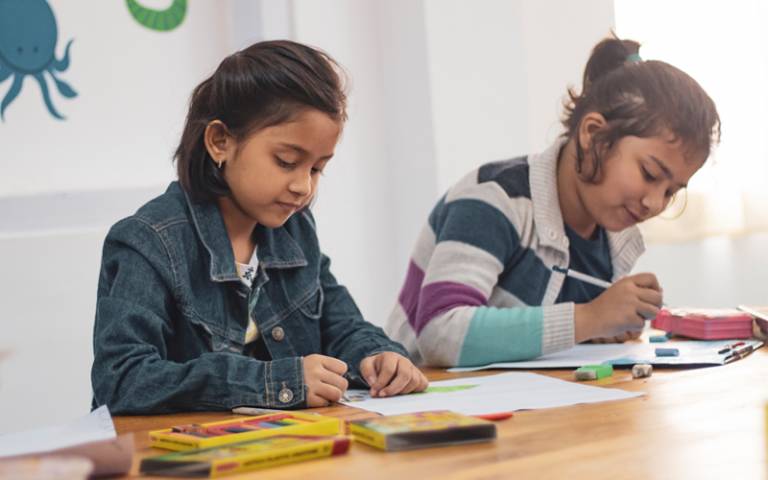 This figure rises to 84% among teachers working with the most disadvantaged communities.

The series of briefing papers, published today by the International Literacy Centre at the UCL Institute of Education, highlight the disproportionate effect Covid-19 has had on primary schools and pupils in the most deprived areas in England. The findings also suggest the government’s strategy to help pupils catch up on missed education, should not focus on testing and formal inspections.

The report authors recommend that both statutory testing and Ofsted inspections should be suspended for the current academic year and that schools should be expected and encouraged to make locally-responsive plans that are in line with their communities’ needs. They argue that schools have had such different experiences that using national tests to judge them will be unfair.

Co-author, Professor Gemma Moss (UCL Institute of Education) said: “The effects of the Covid-19 pandemic have hit schools working with our poorest communities hardest and current government remedies will do more harm than good. Our report suggests the way to build resilience in schools is by suspending SATs and Ofsted inspection visits this academic year and by taking time to listen to and learn from the local stories given by those who have been affected the most in different ways.

“Test results and league tables do not take into full account the burden that poverty itself places on disadvantaged communities and the schools that work with them.”

In a follow-up survey involving over 200 teachers in England, responses showed there is a deep dissatisfaction with the government’s response to the crisis. 79% of respondents considered communications with schools to be handled either badly or very badly. When asked how the government had done on ‘practicality of advice’, 80% responded ‘badly’ or ‘very badly’. No respondents picked ‘very well’.

Co-author, Dr Alice Bradbury (UCL Institute of Education) added: “Throughout this project we have seen a gulf open up between government policy announcements and primary schools’ experiences of the crisis on the ground. Our data show that teachers, headteachers and system leaders have not felt listened to by the Department for Education and our respondents have expressed little confidence in decisions taken by government or the ways in which these have been communicated.”

Professor Moss added: “Teachers’ priorities are often at odds with government ‘headline’ policies and guidance such as catch-up provision, the use of statutory testing to ascertain gaps and the practicalities of using remote learning as an alternative to face-to-face teaching.

“It doesn’t make sense for all schools to rebuild in the same way given the diversity of schools’ experiences.  As it currently runs, the whole system is more vulnerable to the effects of a pandemic than it should be and government plans must change to prevent doing more harm than good.”

The report authors instead recommend that schools in disadvantaged areas be supported financially to recover, and given more discretion to spend additional funding on the issues that matter most in their context.

This work is funded by an ESRC grant as part of UK Research and Innovation’s rapid response to COVID-19.