The UK’s current contact-tracing system is not working to contain Covid-19, and greater transparency is needed to help combat this, argues Dr Mengdie Zhuang (UCL Centre for Advanced Spatial Analysis). 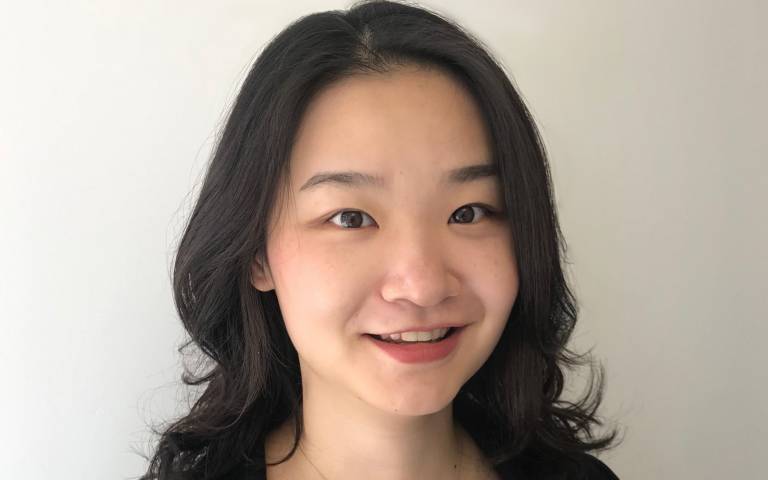 An anxious Jane receives a text message from the NHS confirming she has tested positive for COVID-19. She had called in sick to work that morning, after she first began to experience a dry cough and mild fever. But she’d spent the previous week running around town for work and various errands.

Jane quickly picks up a piece of paper and starts retracing her steps as far as back as she can remember. She writes 11 names on the blank corner of an old electricity bill. Seven more quickly followed on a couple of post-it notes. She had phone numbers for ten.

Soon, Jane gets another text from the NHS contact-tracing service, containing a link to a web portal where she’s asked to list her contacts from the two days prior to the onset of her symptoms. She complies immediately, knowing time is of the essence in reaching all those she may have exposed.

Unfortunately, despite both Jane and the contact tracers acting promptly, their combined efforts may not have prevented the further spread of the virus. Aside from those Jane knows she’s had close contact with, there are a multitude of strangers she cannot be expected to have information about. Thus, it is impossible to determine how many more people than the 18 she listed were actually exposed, and which of those contacted will actually self-isolate. So how can we get a better picture of what is happening?

What’s wrong with the system

Earlier this year, the government’s Scientific Advisory Group for Emergencies (SAGE) estimated that to reduce the spread of COVID-19, at least 80% of all infected individuals’ close contacts would need to self-isolate within 48 hours of exposure. This is not only tough to achieve, but also tough to measure. Contacts might have been forgotten, some contacts won’t be reached, and there is no guarantee that any of those reached will comply with self-isolation requests.

To make matters worse, the government’s goal is for self-isolation to occur in less than two days – yet, as of the week beginning on October 8 2020, only 35.4% of test results were received within 48 hours after testing (this number is computed using data released from the NHS Test and Trace statistics).

Given the difficulties in establishing contacts and ensuring isolation, the NHS contact-tracing service currently publishes proxy measures – computable, but less representative figures – to describe the effectiveness of the system.

Metrics are reported as a percentage of the total patients whose data is transferred to the NHS contact-tracing service that week, rather than the actual total patient population. This figure may include patients tested during previous weeks, and exclude positive tests from private settings. Further down the line, two other measures are calculated that only take into account the number of close contacts who have actually been reached, either as a proportion of all contacts or just those for whom there are contact details.

Altogether, these measures represent a poor substitute for the 80% target and do not capture the full extent to which a positive case’s contacts have actually been traced, as shown in the graph below.

How to fix it

There are a number of things the government can do quickly and easily to provide a better snapshot of the performance of the contact-tracing system.

We propose adding a new statistic that shows the estimated percentage of all contacts reached. This is calculated by factoring in the proportion of transferred patients who provide contacts and the proportion of contacts reached out of those provided. This measure better reflects how well the contact-tracing system is really doing in reaching everyone it needs to, by accounting for even those who are not able to provide details for close contacts, as well as both patients and contacts that cannot be reached.

According to this measure, in the week of October 8, contact-tracing effectiveness was just 41%, whereas government-reported figures in previous weeks typically reached above 70%. While this does not provide us with the assurance of contact self-isolation within 48 hours, as suggested by SAGE, it is a more representative indication of how far contact tracing is reaching.

To get coronavirus under control, we need clear data on the time it takes from someone receiving a positive test until their contacts are traced. As it stands, by counting positive cases from the time at which someone is referred to the contact-tracing system, we have an incomplete understanding of when a positive case was potentially walking around in the community.

Another problem is the geographic scale at which the statistics are released. Currently, most contact-tracing numbers are released at the national scale on a weekly basis or summed up by local authority area. Releasing information by local authority means the data is still too coarse to allow the public to understand the effectiveness of contact tracing and other virus suppression efforts.

In order for accurate estimates to be made and for effective measures to be put in place, we should have access to data in greater geographical detail, released on a more frequent and consistent basis. These units should be familiar to the general public (e.g. neighbourhoods) and consistently integrate with other government statistics, such as census and health data. As our COVID-19 response evaluation dashboard reports, there is a wide variation in data availability and release formats across different strands of the find, test and trace programme.

While vaccines are still being developed, contact-tracing systems represent a critical pillar of any coronavirus response, mitigating the spread of infection and ultimately saving lives. It is therefore paramount that the little information we have is used optimally.

At the very least, this requires us to be clear about the meaning of key metrics, such as what proportion of a persons’ contacts have truly been traced, and aligning data over consistent time windows detailed over smaller geographic areas to reduce ambiguity.

It also means being clear about where targets are being missed. Transparently publishing the delays between test result received and contacts being traced is a crucial point here, and will finally reveal the extent to which contact tracing is succeeding.

This article was originally published in The Conversation on Wednesday 28 October, 2020.