At least 38% of older adults in psychiatric wards in London were infected with COVID-19 at the height of the pandemic, finds a new study led by UCL researchers. 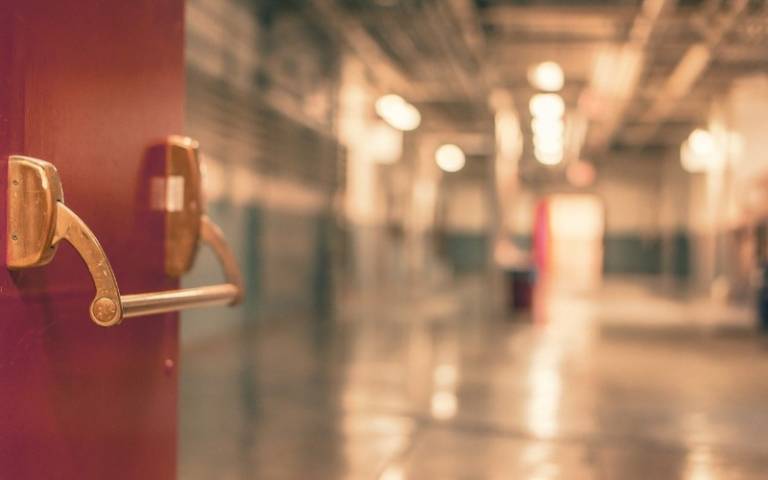 The research team reports in The Lancet Psychiatry that 15% of infected patients (19 people) in the mental health wards died from the illness.

The researchers found that psychiatric wards were slow to receive tests and personal protective equipment (PPE), which may have increased the mortality rates.

The study reviewed data from all 344 hospital patients of five mental health trusts in London who were either over 65 or had young onset dementia, in March and April 2020 – a group that is particularly vulnerable to COVID-19. Just over half had dementia while most others had either a psychotic illness or depression.

None of the patients already had known COVID-19 when they were admitted to hospital, and yet 131 ended up diagnosed with COVID-19 by the end of the two-month period. The true infection rate may have been even higher, given the low rates of testing early on.

The large majority of the patients had at least one comorbidity, such as high blood pressure or heart disease, which would put them at greater risk of severe COVID-19. Psychiatric patients also face elevated risks of disease transmission as their care often requires socialisation and relatively close contact with a large number of hospital staff, while they may also have difficulty adhering to social distancing.

Of those who fell ill with COVID-19, 35% experienced delirium or acute cognitive decline as a result.

Testing became available in the wards on average 4.5 days after the first clinically suspected COVID-19 case, and PPE often arrived after the first case as well. In some of the trusts, tests and PPE arrived later to the psychiatric wards than they did for wards dedicated to physical illnesses.

Most (82%) of the patients on the wards were compulsorily detained under the Mental Health Act or Mental Capacity Act. UK policy mandates ‘parity of esteem’ between mental and physical health, sometimes interpreted as treating patients with equal respect and hope; the researchers say their findings show that parity has not yet been reached.

Lead author Professor Gill Livingston (UCL Psychiatry and Camden and Islington NHS Foundation Trust) said: “Most of these people had no choice but to be in psychiatric care, so the state has an ethical imperative to protect them. Our findings show that there are unequal standards of care between mental health and physical health wards.

“People shouldn’t be disadvantaged by being in a psychiatric ward.”

The research team found some positive signs in terms of how quickly the hospital staff adapted, as some staff were quickly trained to support with oxygen treatment, and some fostered closer connections with doctors from other wards who came in to treat respiratory illnesses.

Professor Livingston said: “There remains an urgent need to fully prepare for a possible second wave this winter, while also ensuring that we are well prepared for potential future pandemics.”

The researchers are calling for increased testing, in particular when each new patient is admitted, and isolating them in suspected cases until the result is known. When admission is planned in advance, patients should be tested before admission. Adequate PPE provision, close liaison with respiratory physicians, and the provision of oxygen therapy are also vital measures.

Co-author Dr Andrew Sommerlad (UCL Psychiatry and Camden and Islington NHS Foundation Trust) said: “A lot of mental health hospitals are much better prepared now for potential outbreaks this winter, but more work needs to be done to ensure that patients are not facing avoidable risks and that they receive the same standards of care as those in other hospitals.”

Fiona Carragher, Director of Research and Influencing at Alzheimer’s Society, commented: “Our report this week revealed across the country a quarter of people who died of COVID-19 had dementia, but on these wards we can see that it was more than a half. Government must put people with dementia at the heart of its winter plans to tackle the virus, including regular testing across health and social care.”

Alison Evans, Head of Policy at Alzheimer’s Research UK, commented: “This report is a stark reminder of the deadly nature of COVID-19. The disproportionate impact of COVID-19 on people with dementia has only made the already pressing need for dementia research even more urgent. While this report suggests possible reasons why people in this setting may have been more at risk, we need to see comprehensive studies investigating this further.

“The virus and its economic fallout put the future of dementia research at risk. We must hold this government to account on their promise to double dementia research funding. People with dementia, and their loved ones, deserve nothing less.”