About 24,000 more people died in Lombardy than expected between January and April, and only 14,000 of these deaths were confirmed as being related to Covid-19, according to a new study led by researchers at UCL and Imperial College London. 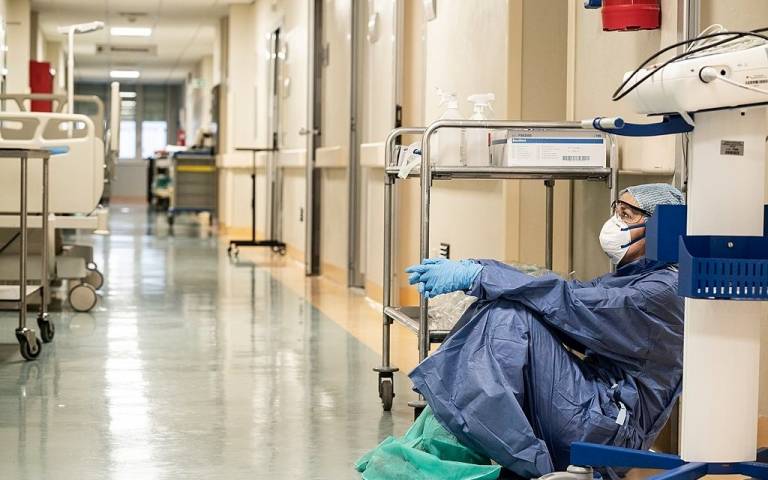 The study, published in PLOS ONE, looked at the number of deaths in each of the 7,251 local authority areas of Italy during the first four months of the year and compared these figures with predictions based on data from 2016-2019.

It found that Lombardy had the most excess deaths of any region in Italy. After comparing with official data on confirmed Covid-19 deaths, the researchers estimated that there were still 10,197 more deaths than predicted based on past trends, or 43% of all excess deaths.

Researchers say this may be attributable to delayed or reduced access to healthcare for other health issues, while some of the deaths may have been people with Covid-19 whose deaths were not recorded as such, perhaps because they were not tested for the virus.

Professor Gianluca Baio (UCL Statistical Science) said: “Calculating excess deaths is important because it tells us how many more people died in a given period than we could have predicted. This gives the full scale of the tragedy, going beyond confirmed Covid-19 deaths to include deaths that were an indirect result of the pandemic. These are the deaths that, with better healthcare planning, could potentially have been avoided.”

Professor Marta Blangiardo, of Imperial College London, said: “Our study cannot explain why there was such a large spike in apparent non-Covid-19-related deaths in Lombardy. However, the pandemic had an overwhelming effect on the region’s healthcare systems, so reduced or delayed access to healthcare may be a factor.”

Researchers compared weekly mortality rates in local authority areas with what they had predicted for that area based on four years of data, accounting for the time of year and including air temperature data (milder weather in winter is associated with lower mortality), as well as for the geographical correlation (that is, the fact that mortality trends are more alike in areas that are geographically close to each other). They say the model is more reliable as it uses data from each local authority area, at a high spatial resolution.

The study found stark geographical differences in mortality. Central and southern Italy appeared to be largely unaffected by the pandemic between January and April, broadly recording no more deaths than the model predicted, most likely as a consequence of the national lockdown imposed by the Italian government from early March.

Meanwhile, Verona, a city just outside the worst-hit region of Lombardy, recorded rates barely above those predicted during the peak of the pandemic. This is despite being about 20 miles (30km) from the badly hit Lombardian province of Brescia, which recorded 80% more deaths than expected.

Similarly, the city of Pesaro in Marche, central Italy, recorded 84% more deaths than expected, while the surrounding region did not have a higher than expected number of deaths.

Professor Baio said: “These big differences in mortality raise questions about authorities’ handling of the pandemic. The province of Veneto, where Verona is located, had a much lower mortality rate than neighbouring Brescia. A driving factor for this may have been Veneto’s timely and comprehensive mass-testing programme.”

The researchers say their model could be used for near-real-time mortality surveillance, to continuously monitor local trends and detect a rise in Covid-19 cases quickly, seeing where mortality rates deviate from the expected range.

San Salvatore Hospital in Pesaro, Italy, in March. A doctor is pictured at the end of her shift. Credit: Alberto Giuliani. Source: Wikimedia Commons