Most people believe themselves to be less at risk from Covid-19 than others of their own age and gender, indicating an optimism bias, according to a recent UCL survey conducted in the US. 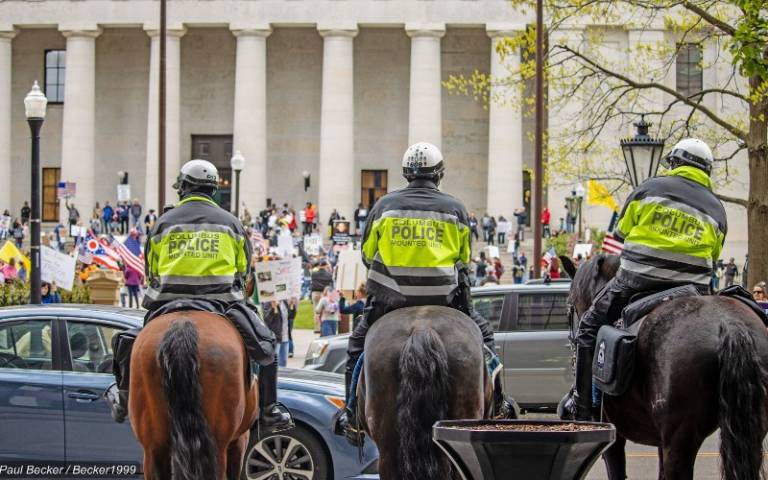 The findings, published as a pre-print on PsyArXiv ahead of peer review, also show that most people surveyed see Covid-19 as a grave danger to society.

The researchers found that this public pessimism outweighed optimism about one’s own prospects, in influencing whether they followed public health advice.

Lead author Professor Tali Sharot (UCL Psychology & Language Sciences) said: “While a widespread tendency to underestimate one’s own risk of contracting the virus may sound concerning, we actually found that people’s health-related behaviours were more linked to their expectations of Covid-19’s global impact.”

“People who saw Covid-19 as a grave danger to the health of the human race were more likely to follow public health guidelines such as social distancing and hand-washing, even if they underestimated their own personal risks.”

“This suggests that people are mainly engaging in protective behaviours for the benefit of others, and are not just guided by self-interest, which supports the use of public health messaging framed around concern for the greater good and protecting others.”

The researchers surveyed 1,145 people in the US in late March, using a sample that is broadly representative of the population as a whole, 683 of whom were surveyed again in late April while all states were under lockdown.

People optimistic about their own chances were happier, while people satisfied with their own health insurance were also happier, although believing Covid-19 to be a threat to the human population did not significantly affect happiness. Pessimism about personal and public outcomes correlated with increased anxiety.

Sense of agency had the strongest effect on happiness, as people who felt in control of how the pandemic affected them were happier.

The second survey, in late April, found that participants recorded higher levels of well-being, sense of agency, and public optimism than they had in March, on average, suggesting that people have been adapting to the adversity and changing circumstances.

Co-author Dr Bastien Blain (UCL Psychology & Language Sciences) added: “Our findings are in line with previous studies asserting that people are generally optimistic about their own prospects, as this appears to be a general human tendency. We expect that our findings could apply similarly in other countries.”

Co-lead author, PhD student Laura Globig (UCL Psychology & Language Sciences) said: “It could be interesting to apply these same study methods to other major threats, such as climate change. For example, it seems likely that people would be more likely to make ‘green choices’ if they believe humanity to be at threat from environmental change, regardless of perceived threats to themselves.