Comment: Coronavirus is a failure of global governance, now the world needs a radical transformation

Dr Tom Pegram (UCL Political Science) stresses the need for countries to work together during the Covid-19 pandemic. 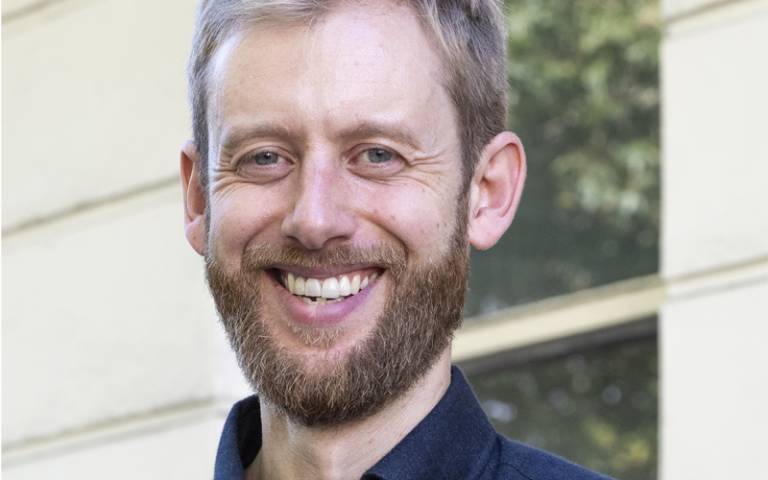 World leaders have pledged €7.4 billion (£6.4 billion) in a digital fundraiser as part of a new “international alliance” to fight COVID-19. Assembled political leaders declared their support for the World Health Organization (WHO), which will receive some of the funds alongside other organisations working on vaccine and treatment development.

Conspicuously absent so far from this new alliance, which was driven by the European Commission, was the US. This follows President Donald Trump’s decision in April to halt funding for the WHO, claiming that the organisation covered up the spread of the coronavirus in collusion with the Chinese government.

Trump’s decision is a major blow, given that the US is the WHO’s largest single funder. At a time when the WHO is desperately trying to raise a US$2 billion (£1.6 billion) global humanitarian response fund to assist the world’s poorest countries, it spells disaster.

COVID-19 reminds us of the dangers posed by global systemic risks to the protection and safeguarding of human life – the first duty of any state – in our ever more global civilisation. It also exposes a basic contradiction between an enormously complex planetary ecosystem and our still dominant form of political organisation: a fragmented system of sovereign states.

The American architect and theorist Buckminster Fuller captured this mismatch almost 40 years ago:

“We have today, in fact, 150 supreme admirals and only one ship – Spaceship Earth. We have the 150 admirals in their 150 staterooms each trying to run their respective stateroom as if it were a separate ship. We have the starboard side admirals’ league trying to sink the port side admirals’ league. If either is successful in careening the ship to drown the ‘enemy’ side, the whole ship will be lost.”

Emerging evidence of successful protection of life in places as diverse as New Zealand, South Korea, Hong Kong, Vietnam, and the Indian state of Kerala, speaks to the enduring importance of “command and control” state capacity in delivering fundamental public goods, especially in times of crisis. Meanwhile, experts are rightly scrutinising the alarming lack of preparedness in some of the world’s wealthiest countries.

But despite the importance of national capacity, there remains a key role for global strategy in health governance. And that’s why the failings of the WHO are such cause for concern.

A 2007 study by scientists in Hong Kong predicted the re-emergence of a SARS-like coronavirus from bat meat, the likely source of COVID-19. If an epidemic was predictable then a pandemic was preventable and the WHO should have played a central role in the detection and avoidance of a COVID-19 pandemic in the critical window of January 2020.

Wealthy governments have long been resistant to redistributive demands by developing countries and have left the WHO chronically funded as a result. There has also been a desire by Western governments to prioritise health sector loans, with strings attached, through the World Bank. Countries have never given the WHO the requisite independence, powers or resources required to fulfil its mission to ensure “the attainment by all peoples of the highest possible level of health”.

To seasoned WHO observers, its deferential posture towards China (and governments of all shades) reflects its reliance on states cooperating with it. The WHO has no powers to compel information-sharing or enforce pandemic preparedness. Former director-generals, such as Gro Harlem Brundtland or Halfdan Mahler, willing to confront powerful interests, have faced stiff resistance.

As with the UN’s human rights and climate change agencies, the WHO finds itself embattled – at the mercy of obstructive member states and saddled with dwindling resources. It enjoys few effective tools to directly monitor outbreaks of infectious disease, coordinate pandemic planning, allocate resources to those countries most in need, or ensure effective preparedness implementation at country-level.

The WHO should serve a vital global function, mitigating against the risk of states becoming overwhelmed. In turn, it could reduce the destructive impact unmanaged economic globalisation has had on public health systems, many of which have been left ill-prepared to deal with COVID-19.

A fix is needed

The WHO is essential, but it is broken. We will almost certainly confront even more daunting challenges on our interconnected, globalised planet. COVID-19 is a global catastrophe, but recovery is not in question. The same cannot be said for other global risks facing the world, including the possibility of much deadlier pandemics.

A sober reckoning with this predicament demands a radical transformation in how we design and manage authoritative health governance both domestically and at a global scale. Political economist Elinor Ostrom’s work on cultivating global solidarity through “polycentric governance” – fostering collective action between those who make decisions in contexts of competition, conflict resolution, cooperation, and social learning – provides important coordinates for such an endeavour.

Whether or not existing global governance configurations such as the UN and the WHO can be repurposed to address systemic global risks is an open question. This is not simply a call for more funding to the WHO or other intergovernmental bodies. Its dysfunctions are symptomatic of a broken global political system.

For many, global-scale system reform may appear untenable, for others, undesirable. But what if – as expert observers increasingly agree – nothing less is going to be enough? Why, if we can imagine existential climate catastrophe, can we not imagine a different role for the nation state? Rather than countries competing with one another, we should remember we are agents of the global whole working on behalf of all inhabitants on Spaceship Earth.

This article was originally published in The Conversation on 5 May.