Analysis: Take lessons from cancer evolution to the clinic 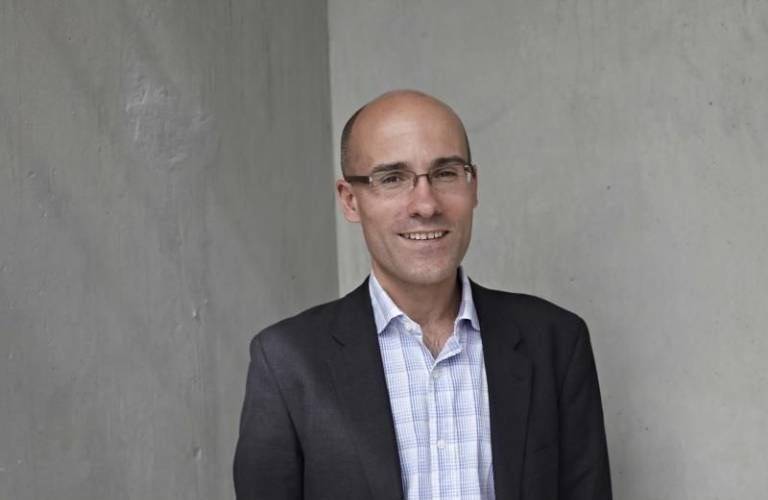 How non-small-cell lung cancer evolves in individual patients is being studied in a project called TRACERx (Tracking Cancer Evolution through Therapy), the first such large-scale, longitudinal study to do so. Insights from the project so far are compiled this week in a collection in Nature. Started in 2014, the project aims to follow 840 people being treated at 14 UK National Health Service hospitals, from diagnosis through to cure or relapse and, tragically, death. Some tantalizing results have begun to emerge. These help to explain why early diagnosis is so crucial for effective treatment, as clinicians have noted for decades.

Most of researchers’ understanding of cancer evolution has come from observing cellular changes in biopsies of tumours or alterations in DNA from tumour cells. Such samples are typically taken for diagnosis, and provide only snapshots of a complex process. By contrast, TRACERx aims to monitor this process as it unfolds. The study compares molecular changes in the responses of people’s tumour cells and in immune cells, across multiple tumour regions and as the tumour progresses.

Scientists in the TRACERx project, for which I am chief investigator, hope that clinical practice might soon benefit from the insights emerging, combined with those from previous studies on cancer evolution. As well as explaining a person’s immune response against their cancer, the study could guide treatments for targeting the many genetic mutations that accumulate in late-stage cancers that are difficult to treat. More than 80% of people who are diagnosed with stage-four lung cancer do not survive for more than five years.

Before the COVID-19 pandemic, the TRACERx project had recruited 760 people with early-stage lung cancer. After a person is diagnosed with a primary lung tumour, it is surgically removed and the cells are analysed to reconstruct the tumour’s evolutionary history. Each individual receives a computed tomography (CT) scan every year for five years to check whether their cancer has returned. If there is no sign of relapse, they are discharged and deemed to have been cured. People with later-stage tumours (stages 2 and 3) are offered chemotherapy following surgery to improve the chance of remission or cure.

Analysis of tumours from the first 100 people enrolled in the study has revealed many genomic changes. These include chromosome deletions and duplications, and even the doubling of whole genomes in nearly three-quarters of tumours — a feature of many cancers. Point mutations in DNA, arising from single changes in the genome sequence, were also prevalent. These occurred as a result of tobacco exposure and the activity of enzymes called cytidine deaminases, which normally deactivate invading viruses as part of the immune response.

Another finding is that whole-genome doubling often occurs early on in those with lung cancer who have a history of smoking1. This doubling seems to protect the genes needed for the tumour’s survival in the face of the excessive mutations and chromosomal losses that occur in its genome as it develops2. Strikingly, mutations induced by smoking tend to dominate the ‘trunk’ of the tumour’s evolutionary tree. These are known as founder or truncal mutations, and are present in every tumour cell. For the most common type of non-small-cell lung cancer — adenocarcinomas that form in mucus-secreting glands — the number of smoking-related mutations in the trunk correlates with the number of cigarettes that the person has smoked. As the cancer advances, cytidine deaminases cause haphazard mutations to accumulate in some cells; we refer to these as branched mutations.

With a view to devising immunotherapy, we also investigated the DNA sequences of receptors on T cells, a type of white blood cell that fights off infection and emerging cancers. We were surprised to discover that the sequences of T-cell receptors evolved in parallel with the tumour. (The tumour eventually adapts to its immune environment and avoids destruction). One possible explanation for the tumour’s ability to evade the immune system is the chromosomal instability of tumour cells. This causes the tumour cells to lose immune-recognition molecules (called HLA, for human leukocyte antigen) on their surface, preventing T cells from homing in on the tumour.

This unstoppable genetic diversification can outwit cancer drugs. So our aim is to boost the immune response to target the mutations present in every tumour cell and prevent the development of drug resistance.

How might the discoveries from TRACERx and previous studies on cancer evolution guide clinical practice?

The overriding message is that it will take multiple approaches to outpace cancers that have sophisticated evolutionary mechanisms, such as lung cancer. Each approach will have to focus on different stages of the disease to improve outcomes.

In the Netherlands trial, 13,195 male and 2,594 female former or current smokers aged 50 to 74 were split at random into two groups. One group received CT screening when they were diagnosed and at years 1, 3 and 5.5; the other received no screening. After 10 years of follow up, there were 2.5 deaths per 1,000 person years in the screened group. (Put another way, this means there would be, on average, 2.5 deaths from lung cancer in the screened group if 1,000 people in the Netherlands were observed for one year.) There were 3.3 deaths per 1,000 person-years in the control group. This equates to a 24% reduction in the chance of death from lung cancer if CT screening is done.

Treatments that are tailored to an individual’s needs can also improve their prognosis. For example, some people benefit from chemotherapy after surgery to destroy any residual tumour cells following removal of the primary tumour. For every 100 people who are given chemotherapy after surgery, between 5 and 15 extra patients will be alive (depending on tumour stage) after 5 years, compared with those who do not receive chemotherapy. Currently, doctors cannot predict who those individuals might be.

The TRACERx study has come up with a sensitive method to predict who is most likely to relapse following surgery — by identifying truncal DNA mutations that are common to all lung-cancer cells in a patient’s tumour. This tumour DNA appears in the blood as circulating free DNA after surgery — a signal of minimal residual disease. Our patented sequencing approach seeks residual tumour DNA harbouring these truncal mutations and is now ready for clinical trials. These trials could test the hypothesis that post-operative chemotherapy is beneficial only to patients who have tumour DNA in their blood after surgery, and therefore have minimal residual disease.

The TRACERx study also offers insight into how immunotherapies for lung cancer could be refined. Currently, the malignant cells that some cancer therapies target carry one mutant protein on their surface that drives tumour expansion, such as a growth-factor receptor that is jammed in the ‘on’ position. In most people, cancer cells become resistant to such therapies after 18 months, through acquired resistance mutations in the receptor or the downstream pathway. Knowing that the immune system adapts rapidly in tandem with the tumour, clinicians could now target not just one but many mutant cancer-cell proteins that are present in every tumour cell, and which occur early in tumour evolution (truncal mutations). This might decrease the chances of resistance developing, and could have the advantage of not harming normal tissue. It might also provide a way to keep abreast of complex, fast-evolving cancers.

Clinical trials are now exploring how to exploit these truncal mutations, by extracting the T cells that recognize them from a patient with cancer, culturing the cells in the laboratory and transferring them back into the patient to amplify his or her immune response against the truncal mutations. Other UK researchers hope to assess the effectiveness of these cells in limiting tumour growth and spread (see competing-interests declaration).

Despite the promise set out here, many scientific and clinical challenges remain when it comes to cancer evolution.

TRACERx and other studies have revealed the complex interactions between malignant tumour cells and normal cells in the surrounding environment. They can even come to depend on each other for survival and growth. Our understanding of these dynamics is still rudimentary. To assess them over space and time, a patient’s tumour would need to be sampled frequently, which is unethical and not possible. The TRACERx project includes a national autopsy study called PEACE that helps to resolve this problem and sample more deeply.

Scientists on the PEACE study are analysing the tumour material of 20 patients from TRACERx who gave consent for their tissues to be used in research after their death. Work in progress is beginning to reveal how cancer cells spread from the primary tumour to distant sites in the body. TRACERx is also illuminating how cells that are shed from the tumour at surgery (circulating tumour cells) reflect the future site of spread months later. Developments in single-cell sequencing technologies will enhance our understanding of this process.

Animal models that are used to probe and manipulate cancer evolution can mimic certain key features, but they do not completely mirror human disease. Mouse lung-cancer cells, for instance, carry just 1% of the mutations found in cancer cells of people who smoke or have smoked. There are no mouse lung-cancer models for tumour mutations that arise from the enhanced activity of cytidine deaminase. Moreover, in mice, the immune mechanisms that evade cancer cannot yet be effectively manipulated in parallel with an evolving human tumour that has many mutations. Researchers need to develop mouse models that better mimic how human lung cancers evolve and evade the immune system. Gene-editing tools such as CRISPR–Cas9 could help here. Such models would be valuable for drug development and preclinical testing.

Approaches are beginning to emerge to image ‘normal’ cells in the microenvironment of a growing tumour; some of these techniques are being used by the TRACERx consortium. Advances in sequencing nucleic acids and proteins from single cells — preferably performed in situ without disrupting the tumour architecture — should help to decipher details of the myriad steps in cancer evolution.

Multiple efforts worldwide provide hope for the future of lung-cancer treatment. These include programmes to minimize tobacco use, more CT screening to detect early lung cancers, clinical trials focusing on minimal residual disease, and developments in immunotherapy for advanced tumours. This combination holds much promise for improving the survival and quality of life for patients with lung cancer.

This article was originally published in Nature on Wednesday 27 May, 2020.

Notes: Led by Professor Charles Swanton at UCL and The Francis Crick Institute, TRACERx – the TRAcking Cancer Evolution through treatment (Rx) is a CRUK funded lung study – brings together a network of experts from across clinical and scientific disciplines and from research centres and hospitals around the UK. The aim is to recruit 842 NSCLC patients and to collect comprehensive genomic and clinical data from their point of diagnosis and throughout their treatment.