Three black female professors from UCL are being celebrated in the first ever photographic exhibition honouring the presence and achievements of black women in British academia. Ijeoma Uchegbu is Professor of Pharmaceutical Nanoscience and Pro-Vice Provost for Africa and The Middle East at UCL. She works in the pharmaceutical sciences, creating new medicines using nanotechnology. Uchegbu is also known for her work in science public engagement and equality and diversity in Science, Technology, Engineering and Mathematics (STEM).

Anne Phoenix is Professor of Psychosocial Studies at UCL’s Institute of Education. Her research focuses on psychosocial issues, including motherhood, social identities, young people, racialisation and gender. She is Fellow of the British Academy and the Fellow of the Academy of Social Sciences. 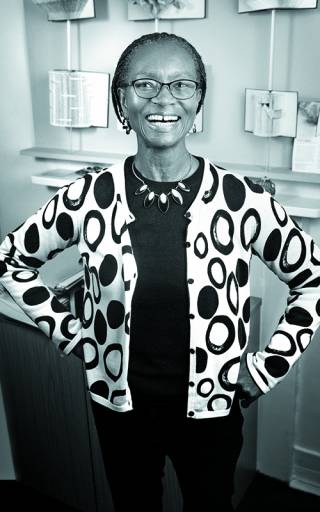 Heidi Safia Mirza is Professor Emerita in Equalities Studies at UCL’s Institute of Education and Professor of Race, Faith and Culture at Goldsmiths College, University of London. She is known for her research on race, gender and identity in education and has an international reputation for championing equality and human rights for black and Muslim young people through educational reform. 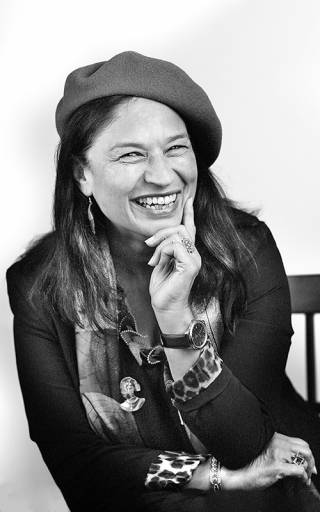 Taken by the photographer Bill Knight OBE, the portraits have been researched and curated by Dr Nicola Rollock, reader in equity and education at Goldsmiths, University of London.

The project builds on Dr Rollock's 2019 report Staying Power which highlighted the barriers faced by black women as they worked to navigate their way through higher education and the strategies they used to help them reach professorship.

Fewer than 1% of professors in the UK are black despite increases in overall levels of black academic staff. Black women represent the smallest group when both race and gender are considered together. They are three times less likely to be professors than their white female counterparts and half as likely as black men.

The exhibition aims to highlight the presence and excellence of all the women included, and provide a platform for debate about what it takes to reach this highest level of academic scholarship.

UCL is committed to the Race Equality Charter - a national scheme aimed at improving the representation, progression and success of minority ethnic staff and students within higher education. Its purpose is to inspire a strategic approach to making cultural and systemic changes that will make a real difference to minority ethnic staff and students. UCL is one of just eight universities in the UK to have been formally awarded for its efforts to understand, and take steps to address racialised inequalities.

Professor Ijeoma Uchegbu said: "This exhibition shines a spotlight on the hard work, resilience and success of black female professors in the UK, and at the same time highlights just how few of us there are.

"I am proud to be featured among 40 phenomenal women and hope these portraits will stimulate wider debate about representation in British academia, while inspiring other young women to pursue a rewarding and exciting career."

Dr Nicola Rollock said: “I want Phenomenal Women: Portraits of UK Black Female Professors, to challenge perceptions of what a professor looks like, to highlight the intersectionality of race and gender and to showcase the achievements of this under-represented group of academics.

"As a relatively invisible and unknown entity, these women stand out in their respective fields. The sector is failing black women and needs to be purposeful and explicit in its efforts to retain and promote them.”

The portraits will be on display from March 18 until the end of the month, at London's City Hall.

The exhibition is sponsored by UCU, Paul Hastings, Pearn Kandola, Wellcome Trust and Baker McKenzie and supported by the Mayor of London, Runnymede, and Goldsmiths, University of London.

*Figure excludes those whose ethnicity is not known.