Chemical changes in the oceans more than 800 million years ago almost destroyed the oxygen-rich atmosphere that paved the way for complex life on Earth, finds new research involving UCL scientists. 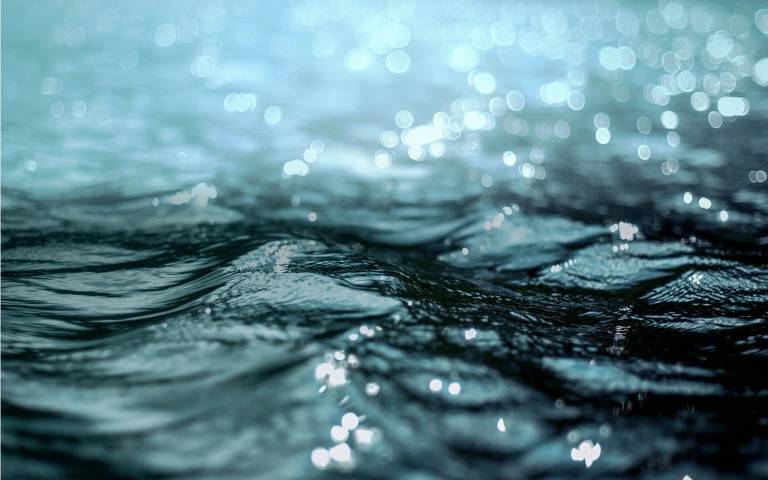 Then, as now, the planet had an oxidising atmosphere driven by phytoplankton, which release oxygen during photosynthesis.

However, new research published in Nature Geoscience, suggests ocean changes in the early Neoproterozoic era (from one billion to 800 million years ago) may have locked away phosphorus – a vital nutrient for life – limiting phytoplankton growth and oxygen release.

Study co-author, Professor Graham Shields (UCL Earth Sciences), said: “The availability of nutrients exerts a major influence on atmospheric oxygen, which in turn sustains complex life. It seems that animals could only gain dominance once the key nutrient phosphate became more widely available, likely through a combination of greater weathering and recycling.”

The study by researchers at UCL, Lancaster University, University of Exeter and the Chinese Academy of Sciences, suggests the amount of phosphorus available remained just sufficient to support the oxidising atmosphere – preventing a return to the oxygen-poor atmosphere that existed over a billion years earlier.

“We know ocean chemistry affects the cycle of phosphorus, but the impact on phosphorus availability at this time hadn’t been investigated until now. By analysing ocean sediments, we found that iron minerals were very effective at removing phosphorus from the water.”

Phytoplankton growth also boosts atmospheric oxygen because, after splitting carbon and oxygen and releasing the oxygen, plants die and their carbon is buried – so it cannot recombine with oxygen to form carbon dioxide.

Despite reductions in photosynthesis and this organic burial of carbon, both due to limited phosphorus, the study suggests oxygen in the atmosphere dropped no lower than 1% of current levels – which was just enough to maintain an oxidising atmosphere.

“One question about the emergence of complex life is why it didn’t happen sooner. Lack of oxygen and lack of nutrients are two possible reasons, and our study suggests both of these may have been the case in the early Neoproterozoic era.

“In fact, if phosphorus levels in the water had dropped any lower, it could have tipped the world back into a reducing atmosphere suitable for bacteria but not for complex life.”

A return to an oxygen-poor atmosphere would have reversed the Great Oxidation Event, which occurred about 2.5 billion years ago, during which photosynthesis by cyanobacteria in the oceans introduced free oxygen to the atmosphere.

UCL led the field excursion to collect samples from the Huainan Basin in north China. Rocks collected on the same trip were analysed by a team led by Dr Ying Zhou (UCL Earth Sciences). They found evidence from strontium isotope ratios that supports the theory that phosphorus became more readily available at some points in time due to basalt weathering, but generally, there was limited nutrient availability one billion to 800 million years ago, before complex life evolved. This supporting paper was published recently in Geology.

The studies formed part of the Natural Environment Research Council (NERC) research programme ‘Long-term Co-evolution of Life and the Planet’ for which Professor Graham Shields was the scientific coordinator and Dr Ying Zhou was the programme manager. It was funded by NERC and the National Science Foundation of China.