Social inequalities and language differences could be responsible for the higher psychosis risk in ethnic minority groups, finds a UCL-led study. 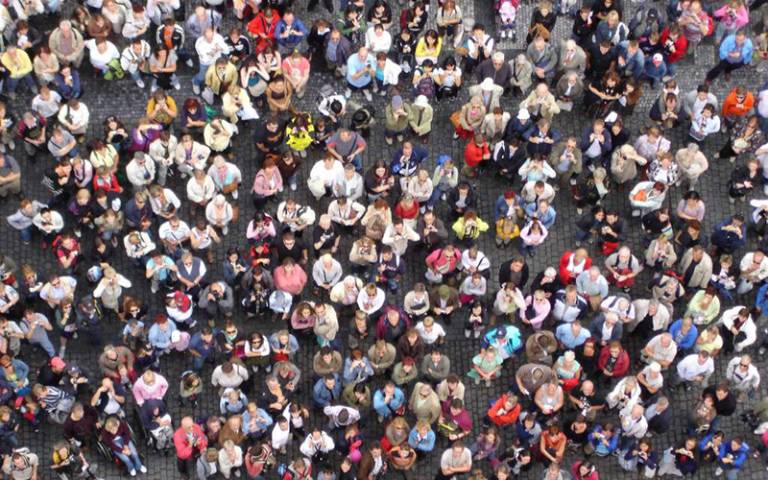 The researchers say their findings, published today in Psychological Medicine, might reflect the impact of being more marginalised from mainstream society.

“We have known for decades that many migrant groups and ethnic minorities face higher rates of psychosis, without knowing the exact reasons behind the pattern. In this study we wanted to see if social and cultural distance from the majority group could be responsible,” said the study’s lead author, Dr Hannah Jongsma (UCL Psychiatry), who began the study at the University of Cambridge before completing it at UCL.

Rates of psychotic disorders, such as schizophrenia, can be as much as five times higher in some ethnic minority groups such as people of black Caribbean or African heritage in the UK. By contrast, there is no such pattern in Caribbean countries, suggesting the increased risk is context dependent. Rates of psychosis are more strongly influenced by ethnicity and socioeconomic status than other mental health conditions.

The researchers used data from the European Network of National Schizophrenia Networks Studying Gene-Environment Interactions (EU-GEI) study in the UK, Spain, France, Italy, the Netherlands and Brazil, involving 1,130 people with a psychotic disorder, as well as 1,497 people without a diagnosis who served as control subjects.

Ethnic minority status was associated with more than double the odds of psychotic disorders. Linguistic distance from the majority group, and social disadvantage, were both associated with nearly double the odds of psychosis, which appeared to mostly explain the increased risk faced by ethnic minority groups. The researchers say that both disadvantage and linguistic distance are potential markers of sociocultural exclusion.

The researchers also compared psychosis rates with self-reported data about direct experiences of discrimination. While they found these experiences were nominally associated with psychosis risk, the link didn’t prove to be significant after taking into account social inequalities and cultural distance. As the relationship between psychosis risk and sociocultural distance (disadvantage and linguistic distance) was more robust, the authors say this suggests that structural disadvantage and systematic barriers may be more pervasive risk factors for psychosis.

The researchers say social and cultural distance from mainstream society could contribute to an increased risk of psychosis due to feelings of disempowerment.

“Experiencing a lack of control over your own life may disrupt the dopamine system – a signalling system in the brain – which is known to be important in developing psychosis and is very sensitive to environmental factors,” explained Dr Jongsma.

The study was led by UCL researchers working with colleagues at the University of Cambridge and King’s College London, as well as scientists at the research centres in the other five countries of study. The EU-GEI study is funded by the European Commission’s 7th Framework programme, while the lead authors are funded by the Economic and Social Research Council, Wellcome, the Royal Society, and the National Institute of Health Research.