Mark Carney delivered his last speech as Bank of England Governor at a UCL Economist’s Society event on Thursday 5 March. 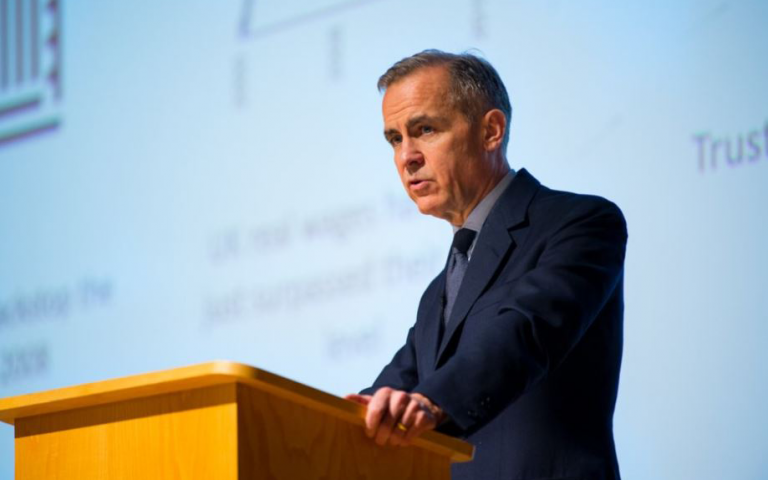 The sold out event was opened by Professor David Price, UCL Vice-Provost for Research and Professor Antonio Guarino, Head of UCL Economics.

During his lecture, Carney said that climate change risk management would be one of the biggest priorities for policymakers.

Carney also talked about the Bank of England’s history of contingency planning and its recent response to the coronavirus outbreak.

He finished by referring to the Bank of England’s single timeless mission since 1694, ‘to promote the good of the people of the UK’.

Following his departure from the Bank of England, Carney will become United Nations Special Envoy for Climate Action and Finance.

Professor Antonio Guarino, Head of UCL Economics, said: “It was an honour to host Mark Carney’s last speech as the Bank of England Governor. I am incredibly proud of our economics students for organising such a successful event.

“A dialogue between the academia and policy makers is very important to make progress in understanding and solving difficult social and economic problems. It is extremely useful that our students can hear directly from the top decision makers. I am very grateful to governor Carney for accepting our students’ invitation and giving his last public speech as Governor at UCL Economics.”

Soumya Khurana, President of The Economist’s Society at UCL, said: “We are incredibly grateful to Mark Carney for agreeing to speak at UCL. I’m sure that this was a truly memorable moment for all the students of economics that were able to attend.

“I would like to thank the Bank of England, UCL Economics and the sponsors for the generous support, and the members of the Economist’s Society that worked hard to make this happen.”

Antara Roy, from The Economist's Society at UCL, said: “We spend a lot of time studying macroeconomic policy and to hear from the Governor directly helps to bring economics and the subject to life.”