Student Journalist Eamonn Lynch-Bowers gives us the full scoop on The Ratline: Love, Lies and Justice on the Trail of a Nazi Fugitive – the latest book release by UCL Laws' Professor Philippe Sands. 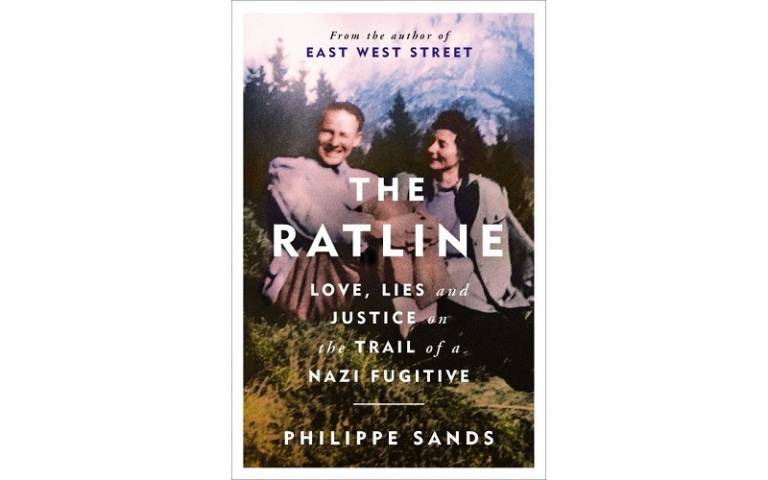 Following on from the success of his 2016 memoir East West Street, Professor Phillipe Sands returned to his home faculty at UCL Laws this week in a special online event to discuss his new historical thriller, The Ratline.

A spiritual sibling to East West Street – though Sands assures us that we need not have read his previous work to enjoy this new piece – The Ratline follows the breadcrumb trail left by Otto von Wächter, the Nazi war criminal and former Governor of Kraków who “disappeared off the face of the earth” in 1945. Four years later, Wächter, fleeing through the titular ratline which ran from the ruins of Hitler’s Germany to the safety of Argentina, turned up dead in a Roman hospital. It is now the task of international-lawyer-cum-historical-investigator Phillipe Sands, with unprecedented access to new archival material, to uncover the truth of Wächter’s demise. The result is a thrilling Cold War mystery that shifts seamlessly between historical biography and legal commentary. Significantly though, The Ratline takes a much more micro approach to its narrative than Sands’ previous outing. This is a far more focused piece and seeks to get up close and personal with its subjects by examining the private lives of these historical criminals, often caricatured in the public perception as ‘monsters’.

But this story is as much about UCL itself as it is about Cold War-era espionage. During the course of his discussion with Dean of UCL Laws Professor Piet Eeckhout, Sands explained that The Ratline would simply not have been possible without a university research base. Instrumental in his dissection of the Wächter archive – which Sands himself persuaded Wächter’s son Horst to release – was the late Professor Lisa Jardine, Director of the UCL’s Centre for Humanities Inter-Disciplinary Research Projects, along with a host of research students. The task of grappling with such an enormous amount of archival material is a momentous academic challenge, and so Sands attributes much of his success to the team of academics and students who supported him through this project.

The Ratline also raises intriguing questions of law and morality, some of which Sands alighted upon insightfully during the course of his Q&A. Should the law be applied indiscriminately no matter its moral content? Should we remain determined to prosecute war criminals many years after they committed their crimes? Is indifference morally equivalent to positive action? These are hefty philosophical debates, but the interesting element of Sands’ work is that its themes have a universal quality. The academic and author told his virtual audience that though he writes about Nazis and Jewish persecution, the topics his encounters could easily be applied to South Africa, Northern Ireland, or indeed Chile, which, he informs us tantalisingly, will be the subject of the third instalment in this series. No doubt when it is scheduled for release in a few years’ time, Sands will again return home to UCL Laws for another intellectually stimulating evening of discussion.