Opinion: Transition from lockdown is changing travel - here are two possible outcomes for the future 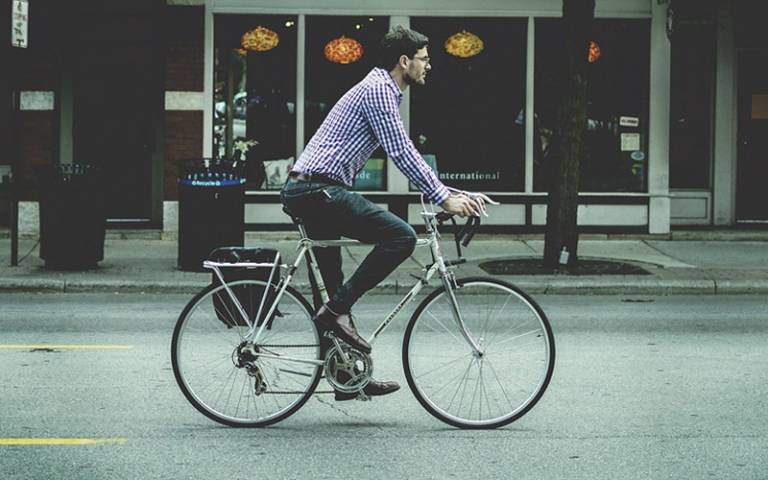 As more and more countries, including the UK, are eased out of lockdown, people are returning to their workplaces and taking children to school. How they choose to make those journeys could determine the future of travel after the pandemic, with consequences for society and the planet.

With fears of exposure to SARS-CoV-2 running high, many people are avoiding public transport. In the UK, as elsewhere in the world, the number of trips plummeted from the start of lockdown on March 23, with public transport being hit particularly hard. Passenger numbers on buses and national rail dropped to around 10% and 8% of their pre-pandemic levels, respectively.

But car travel didn’t tumble as dramatically. In the UK, after a steep fall in the week of March 23, car trips have risen steadily and are now only 22% lower than they were before COVID-19, as those who do need to make journeys are disproportionately making them by car.

And it’s not just in the UK. What we are seeing around the world is a significant shift away from public transport and towards car travel.

The rise in car travel

Public transport capacity will remain low in the coming months, to ensure everyone can socially distance on buses and trains. Meanwhile, cars offer a mobile cocoon, allowing drivers to isolate themselves while on the move. This could reinforce the trend towards car travel, changing travel behaviour for long after the pandemic.

An Ipsos survey in China at the end of February revealed that people who hadn’t owned a car before the pandemic were more likely to buy one now. By the middle of April, congestion in major Chinese cities was back to 90% of pre-lockdown levels, while subway use lingered at just 50%. In Germany, car travel is now 34% greater than it was before COVID-19.

Younger consumers were turning away from car ownership, but the pandemic could reverse this. Drive-in movies, for decades regarded as a nostalgic and very American novelty, are making a global comeback as coronavirus brings a halt to traditional cinema visits. The world’s first drive-in raves were held at the beginning of May in the German town of Schüttorf, with a full sound system for 250 cars, each with a maximum of two people per vehicle.

Still, a permanent turn towards private mobility isn’t a foregone conclusion. The pandemic has hit car manufacturers hard, forcing them to shut down operations on the vast majority of their production plants.

Walking and cycling has replaced the bus and train for many former users of public transport. Cycle-to-work schemes in the UK have reported a 200% increase in bicycle orders.

Councils and local authorities across Europe are also promoting travel alternatives that could stop the drift towards car travel. Major cities have reclaimed road space for cyclists and pedestrians with “pop-up” car-free lanes. The UK government is providing £250 million to local government to pay for new cycling and walking infrastructure, especially around schools and in city centres.

Whether active travel and public mobility schemes can overcome competition with the car in such a short time is uncertain. But even the increasing popularity of private transport options doesn’t necessitate a return to cars with combustion engines. Green private mobility – think electric cars, electric bicycles and electric scooters – may play an important role, particularly in cities.

Volkswagen global sales chief, Christian Dahlheim, has argued that the recent push towards cars is “probably not” part of a long-term shift, saying that, “it’s unthinkable that we replace public transport by individual transport in all major cities.”

Optimists believe that the temporary transformations seen in cities are likely to inspire more permanent changes. Road closures and other short-term measures such as pop-up cycle lanes are serving as testing grounds for the future of travel.

In cities that were entirely locked down, residents noticed major improvements in noise and air pollution, and even the return of wildlife. The weeks and months indoors allowed residents to re-imagine their city as a place where you can breathe more easily, that smells better, is more peaceful and allows better sleep.

In the worst-case scenario, road closures will be reversed, public transit systems will go bankrupt and their failure will starve them of public funds for the near future. More bus and rail services will be privatised, and car use will be the only reliable option left to many. Parking and congestion charges will be scrapped and driving promoted as the only safe mode of travel, while the newfound space for walking and cycling is withdrawn. The result will be more private vehicle traffic, more congestion, more air pollution and more social division.

The other outcome mobilises the public appetite for more space and cleaner air and makes permanent the lockdown measures for urban walking and cycling. While social distancing limits public transport capacity, most former users – and many former drivers – take to making local journeys by foot or bike, encouraged by new paths and lanes and increased investment in cycle-to-work schemes. New charging infrastructure for electric bikes and scooters allow residents to go further while leaving the car at home and new car sales are predominantly electric, as new owners can rely on plentiful charging points and subsidised sales.

It’s a bit too early to say which outcome will win out, but it’s not too early to experiment and try to shape the future. The pandemic has given us the unique opportunity to rebuild cities for the long term, based on a new approach to urban spaces.

This article was first published in The Conversation on 3 June.