Opinion: Coronavirus - five reasons why the UK death toll is so high

Dr Jasmina Panovska-Griffiths (UCL Epidemiology & Health) lists five reasons why the death toll in the UK from Covid-19 is higher than expected. 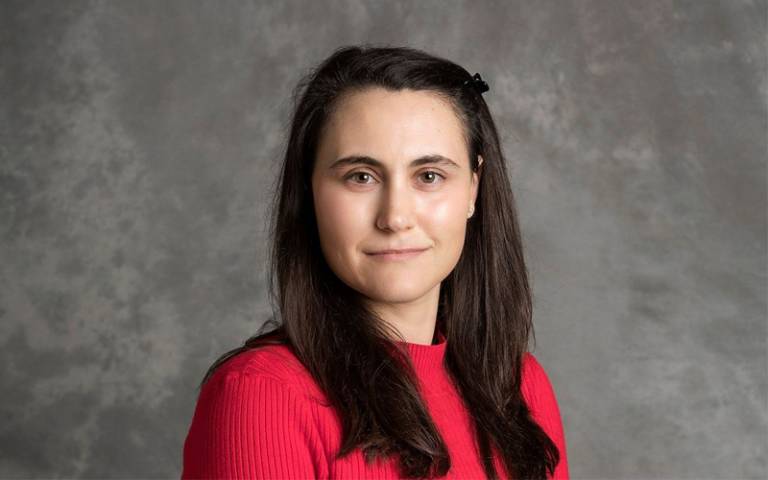 At the start of the coronavirus pandemic, UK government advisers suggested that 20,000 UK deaths would be a good outcome. Today, the tally sits at more than 45,000.

There is no doubt the UK has been hit hard by coronavirus, and has the second-largest number of deaths worldwide, trailing only the USA which has five times the population and 111,139 deaths.

Where did the UK go wrong? And how will it prevent further deaths if a secondary pandemic wave occurs as it reopens? Modelling and epidemiology give us some clues.

1. Lockdown was too late

The UK acted too slowly in imposing its lockdown on March 23, which allowed the initial infection to quickly spread out of control. This was the case with infections within the UK and those coming from abroad.

The first case of COVID-19 in the UK was on January 31 – that is almost two months before the imposition of the lockdown on March 23. Other countries, such as China and Italy, were much quicker to impose their full lockdowns – in Italy the first case was also reported on January 31, but the lockdown was imposed from March 9.

We know that the initial spread of coronavirus is exponential. The initial reproduction, or “R” number in the UK was estimated to be 2.6, meaning that for every person infected, another 2.6 further infections occurred. This quickly increased the size of the epidemic in the initial couple of months while it was crucially important to attain control of the virus.

The UK is also well connected with other countries and this possibly helped to gear up infections via imports and travel in and out of the country before lockdown was imposed.

A recent study suggests that most COVID-19 introductions in the UK occurred during March 2020 and that 34% of UK infections originated in Spain, 29% in France, 16% in Italy and 23% in other countries. If the lockdown had been imposed sooner and travel between countries stopped earlier, it’s possible a number of infections and deaths could have been prevented.

2. Infections are still out of control

Because the UK let the virus get out of control to begin with, it is taking longer than hoped to come down the other side of the epidemic curve – infections are still in the thousands each week.

The R number varies across the country, and it could be higher than one in some areas. Since deaths lag behind infections by two to three weeks, and R is not consistent, the numbers are not coming down as quickly as hoped.

As long as there is some infection in the population, secondary infections will occur and the virus cannot be fully suppressed and controlled.

3. We did not count all deaths from the start

In the initial stages of the epidemic, the UK did not account for infections and deaths in settings other than hospitals, crucially leaving out those that took place in care homes.

Understanding the roles of hotspots, like care homes, and super spreaders – people who are responsible for infecting an especially large number of others – is crucial at the onset of an epidemic. The UK government should have been taking this into account from the end of January, not from April, when care home deaths began to be added to tallies.

The UK has been been much slower than other countries in telling people what COVID-19 symptoms to look out for, with a heavy focus on cough and fever.

A loss of taste and smell was added to the UK’s official list of symptoms on May 18, more than a month later than in France and almost a month after a study suggested these as clinical symptoms of infection.

Hence, in the initial stages of the COVID-19 spread, many people could have been unknowingly infected and be infectious and thus carried on with their normal activities, unwillingly passing on the virus and keeping R high.

5. Failure to test, trace and isolate

Another reason the UK is experiencing large number of COVID-19 deaths is that the country was late to instigate a large-scale testing, tracing and isolation strategy. Although some testing has been conducted, the stance in the UK was to encourage symptomatic people to solely isolate in order to prevent onwards transmission.

But in a situation where we do not know the extent of asymptomatic COVID-19 infection, it might have been better to encourage testing of symptomatic people and start the tracing of contacts of positive people sooner. This is how South Korea controlled its epidemic. In the UK, testing was not scaled up and manual contact tracing only launched on May 28.

How to get the pandemic under control

Since the onset of the pandemic, I have been using mathematical modelling to understand how to control the transmission of COVID-19 and determine the best strategy to exit the lockdown.

Our recent pre-print study suggests that reopening schools as the first step towards reopening society, even if done gradually, must be accompanied by a large scale and well-functioning testing, tracing and isolation strategy.

To prevent a second wave after reopening schools as the first step in exiting lockdown, the UK will need to trace around 50% of people with symptoms and 40% of their contacts, and isolate all symptomatic and diagnosed cases.

The UK can turn the coronavirus epidemic around with a strong test, trace and isolate strategy. Our modelling results suggest that if this is comprehensive and efficient, the government can prevent a secondary pandemic wave and bring the number of infections and deaths down.

This article was first published in the Conversation on 10 June.