People from lower socioeconomic groups in England have higher rates of e-cigarette use compared with more affluent groups among those who have quit smoking, according to a new UCL-led study. 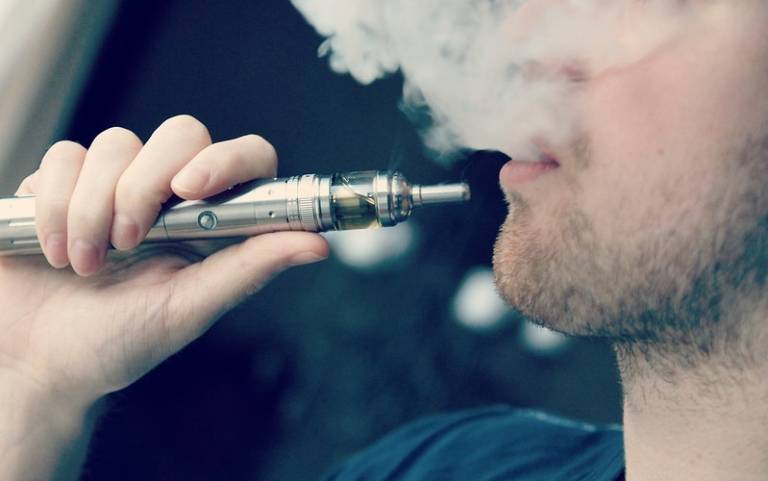 The study, published today in JAMA Network Open and funded by Cancer Research UK (CRUK), analysed data from 34,442 people aged 16 and over who had formerly smoked.

They found that e-cigarette use increased from 3.3% in 2014 to 10.4% in 2019 for all long-term ex-smokers, but was around 60% more likely among those from disadvantaged groups. In 2019, 13.5% of those in lower socio-economic groups reported using e-cigarettes compared to 8.2% in more affluent groups.

The research team also found that it was rare for people to take up e-cigarettes after they had quit smoking. For example, of those who had quit smoking before 2011, only 0.8% in 2014 and 2.1% in 2019 reported using e-cigarettes. In this subgroup, there was no evidence of a link between socio-economic status and e-cigarette use.

Lead author, PhD candidate, Loren Kock (UCL Epidemiology & Health Care) explained: “Our previous research has shown that the use of e-cigarettes during a quit attempt is similar across different socioeconomic groups. However, this new work highlights that there is a difference in use by long-term ex-smokers.

“Socio-economically disadvantaged smokers are thought to be more dependent on nicotine, due to generally taking up smoking at a younger age and smoking more cigarettes per day and such dependence might encourage greater use of e-cigarettes following quitting for pleasure, to satisfy cravings and potentially prevent relapse to smoking.”

Co-author, Professor Jamie Brown (UCL Epidemiology & Health Care and Co-Director of the UCL Tobacco and Alcohol Research Group) added: “We know e-cigarettes help people to quit smoking and are much less harmful than cigarettes. However further research is needed to understand the consequences of longer-term use by former smokers, particularly whether e-cigarette smoking affects a later return to cigarette smoking."