Analysis: The spark was a brutal death but the unrest is fuelled by vision of uncertain future

Following the tragic death of George Floyd in Minneapolis, US, and the subsequent public demonstrations, Emeritus Professor Kathleen Burk (UCL History) writes about the role of riots in the history of American protests. 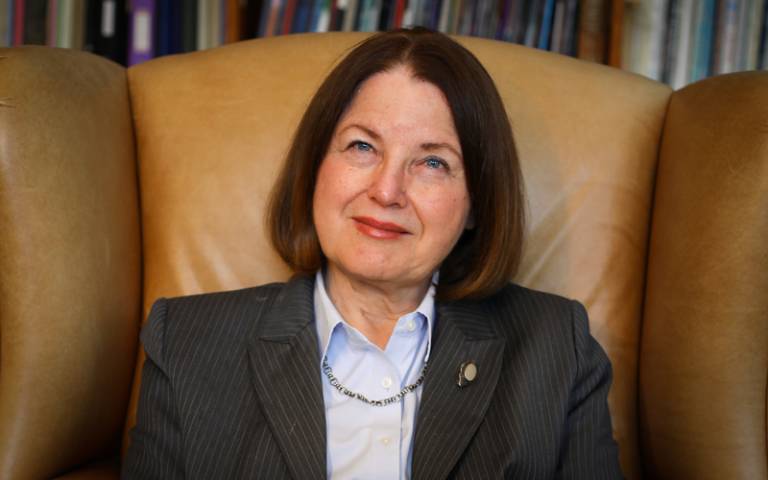 The riots in Minneapolis and dozens of other towns and cities in the United States are alarming, both to people in those areas and to the wider American population.

The cause, the ruthless killing of George Floyd by a policeman has reminded those who needed reminding that his death is one in a long line of black men killed by white men.

But the riots themselves are part of a history in the US of popular protest, against violence, segregation, war, bad housing, poverty and joblessness. The riots this past week are part of an American tradition of protesting in the streets – even during the period of the Revolution, members of the political elite feared losing control of what they called ‘the Mob’.

Older Americans remember the 1960s, a period of incessant and violent clashes between communities and the police.

They were not all about race relations. This was the period of anti-Viet Nam War protests, primarily of college students but also of older people, who marched down the streets of a dozen American cities chanting ‘Hey, hey, LBJ, how many kids have you killed today?’

The Democratic National Convention in Chicago in August 1968, which nominated Lyndon Johnson’s Vice-President as their candidate, saw a police riot, with running battles between thousands of students gathering in a park close to the convention and the Chicago police, all caught on television. What sticks most in the memory, however, are the race riots, not least because of the brutality of the police and the outraged response of those protesting against racial violence.

During the 1960s, there were hundreds of smaller or larger incidents, but 1967 saw an eruption: the Long Hot Summer of 1967 saw 159 riots in three months.

The following year, the assassination of Martin Luther King on the 4th of April 1968 sparked nearly a dozen large, bloody and burning riots across the country over the following ten days, notably in New York, Washington, D.C., Chicago and Detroit.

Thanks to television, riot sparked off other riots, and conflagration and running fights between the rioters and the police leapt from city to city. Probably the worst of the race riots took place in Los Angeles in 1992. Rodney King had been beaten for fifteen minutes by 4 policemen, which was captured on video and televised. The following year, the policemen were acquitted of using excessive force, and 3 hours later a riot lasting 5 days erupted.

Fifty people were killed, there was a dusk-to-dawn curfew, postal deliveries ceased, and many skipped school or work.

Thus far, events in the United States have not reached the level of those in 1967 and 1968 or of 1992. Many of the causes remain the same, particularly violence by the police against black men, violence which is seldom punished. Indeed, impunity seems to rule.

But in the case of Minneapolis, as well as in the other places where fires have broken out, the upending of the economy and the uncertain nature of knowing whether there really is a deadly virus secretly attacking people and, if so, what to do about it, provides a context.

The spark was the brutal, and public, death of George Floyd, but the uncertainty about jobs, whether people can pay for food or housing, or can afford to go to the doctor if they fall ill, exacerbates a situation already fraught with fear on both sides.

The current uprisings, however, have another driver, and this is social media. People knew immediately what had happened to George Floyd because a bystander videoed and uploaded it.

The wider public outcry against the Vietnam War was a response to pictures and films on the 6 pm news, but now television runs after social media to find out and report what has happened.

In this election year, a constant question is, how will events affect the outcome? President Trump, after a telephone call to Mr Floyd’s family and a tweet telling the world about it, has returned to his preferred stance as the man in control, a man who takes a hard and even brutal line, and who plays upon the apprehensions of those who fear that their business or their house will go up in flames.

This fear, indeed, affects those who might not normally be Trump supporters, symbolised by the Latin-American store owners who stood guarding their premises against the rioters. Trump hopes to sweep them up into his coalition.

Trump needs to look the strong leader who will protect his followers and other Americans. He has to widen his coalition. Biden has to be the leader who can build a coalition that is nearly as complex as the Democratic coalition from the 1930s to the 1970s, which every four years brought together segregated southern states and northern unionised industrial states.

That was not easy, and nor will Biden’s task of bringing together minorities, suburban women, and Democratic progressives, liberals and conservatives. The riots may have helped, rather than hindered him, however: as does Biden, most Americans prefer neighbourliness to confrontation.

This article was first published in The Telegraph on 31 May.