Analysis: How Indonesia’s LGBT community is making a difference amid COVID-19

PhD researcher Diego Garcia Rodriguez (UCL Gender & Sexuality Studies) and Khanis Suvianita from the Universitas Gadjah Mada examine the efforts of transgender groups in Indonesia helping those in need during the Covid-19 pandemic. 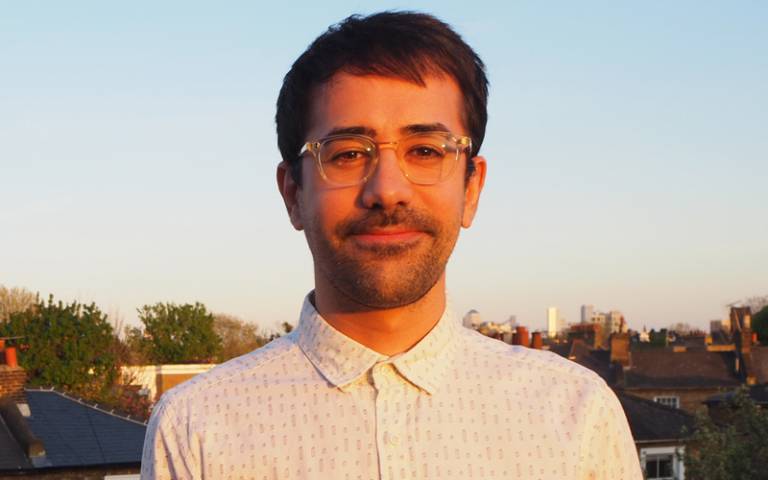 Lesbian, gay, bisexual and transgender (LGBT) people, a group facing worsening discrimination in Indonesia, have been supporting people impacted by COVID-19 measures across the archipelago.

In Maumere, Yogyakarta and Surabaya, LGBT communities have organised to alleviate the economic impact of the pandemic on those in need. They have provided sustenance like food and cash to vulnerable people while facing problems of their own: losing jobs, continuing to experience discrimination and returning home to families that are not always accepting of their gender and sexuality.

Organisations run by transgender women, who are often marginalised, have provided support not only for their community but also for other people in need.

Known as waria in Indonesia, their experience of discrimination has not hindered their efforts to organise collectively and create a strong communal voice.

In Yogyakarta, congregants of a pesantren (Islamic boarding school) for transgender women have set up a food bank every Friday, distributing food for the waria community, pedicab drivers and other people in need.

The pesantren has provided much-needed support for the waria, who are finding it hard to earn an income due to COVID-19. Many waria engage in sex work and busking due to the lack of opportunities for formal employment.

Some waria who work as sex workers have been unable to work on the streets. Some of their clients have also been affected financially by the crisis.

Outside Java, in Maumere, the capital of the Sikka Regency and the largest city in Flores, two transgender organisations have been helping their community, including non-transgender people, to cope.

One of the groups, called Perwakas, distributes rice boxes and masks. Another organisation, Fajar Sikka, distributes staple supplies to waria and other members of the community such as the elderly and widows.

To buy provisions they share with vulnerable populations, they have gathered donations from individuals and organisations. Aside from food and masks, Fajar Sikka also supports people with rent payments.

In Maumere, waria volunteers help officials tell people to stay home and respect the lockdown rules. They do so when they distribute staple food packages. They also send reminders via Whatsapp on how to behave during the pandemic.

Some waria volunteer to guard kampung (village) security posts, known as gardu, located at the exit and entry points of the village.

Working with kampung officials, they monitor who comes in and out the village, spraying guests with disinfectant products and asking them to wash their hands before entering the kampung, providing them with water to do so at the entrance.

The freedom of online events

In Surabaya, physical distancing measures to curb the spread of COVID-19, have forced one of the oldest LGBT groups in Indonesia, GAYa NUSANTARA, to switch their activities online.

These online meetings have offered opportunities for LGBT people living in various Indonesian regions to attend webinars related to sexual minority issues. Before the pandemic, people had to travel to these discussions.

For example, on April 22, 2020, 61 people joined a webinar on progressive religious interpretations hosted by GAYa NUSANTARA, in collaboration with the university UIN Sunan Kalijaga Yogyakarta. Around 60 people –– academics, activists, university students and other civil society members, both LGBT and non-LGBT –– joined from Medan and Lampung in Sumatra, Jakarta, West Java cities Bandung and Cirebon, Yogyakarta, Makassar in Sulawesi, as well as from Surabaya, Malang, Jember in East Java and also from Timor, Malaysia, Australia and New Zealand.

The shift to online spaces reduces the cost of organising these gathering while simultaneously reaching more people. It has also allowed GAYa NUSANTARA to expand its collaborators beyond Indonesia. For example, to celebrate the International Day Against Homophobia, Transphobia and Biphobia on May 17, GAYa NUSANTARA hosted a webinar with the Global Interfaith Network based in South Africa and Coalition for Sexual and Bodily Rights in Muslim Societies with members in 16 countries.

The webinar featured well-known international speakers such as the American Muslim philosopher Amina Wadud, the pastor and gender justice advocate Kakay Paramam, and Dede Oetomo, GAYa NUSANTARA founder. These online meetings provide opportunities for LGBT people to become speakers and convey their issues in a more comfortable way than they would face to face.

Looking at the future

LGBT people and groups have shown generosity, resilience and creativity amid COVID-19. They have led their communities to provide social support to their fellow citizens despite being discriminated against in their everyday lives. In the aftermath of this pandemic, LGBT-rights activists will have expanded their range of tools to fight for their rights.

This article was originally published in The Conversation on 26 June.