Analysis: COVID-19 shutdowns will give wildlife only short-term relief from climate change

With many questioning the impact of Covid-19 on global ecosystems, Research Fellow Dr Tim Newbold (UCL Biosciences), and his colleagues explain how while the pandemic has resulted in a lighter human footprint, human efforts must work toward reducing carbon emissions. 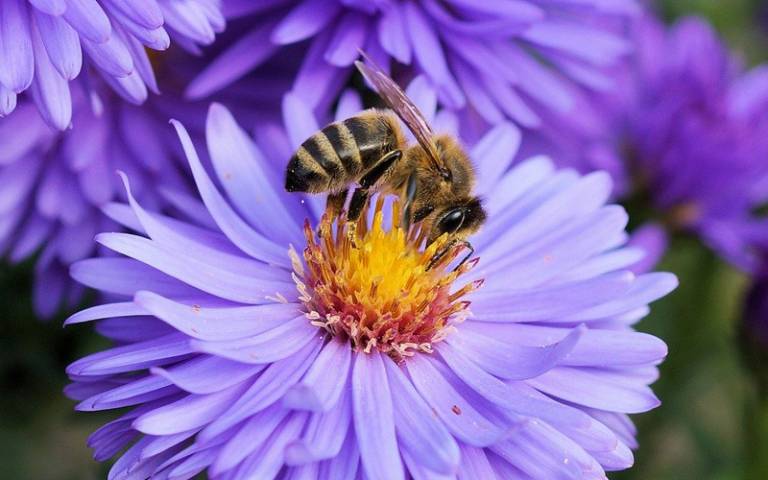 There had to be a silver lining to the nearly universal lockdown of the COVID-19 pandemic. One of the small benefits has been a temporarily lighter human footprint in many ecosystems.

Wildlife sightings are increasing, air quality is improving and carbon emissions are dropping. While these glimmers of positivity cannot come close to eclipsing the tragic human cost of the coronavirus, many are now asking what the pandemic will mean for wildlife around the globe.

Global carbon dioxide emissions for 2020 are expected to fall by up to eight per cent due to shutdowns, although the resumption of global activity could increase emissions and offset some of these gains. While this is a significant reduction in our expected emissions, it’s far from enough to turn the tide on climate change’s impacts on biodiversity.

Climate change can’t be stopped by COVID-19. This past April and May were both tied for the warmest on record, and if this trend continues then June will be the 426th month in a row where global average temperatures are above the 20th-century average. This serves as a strong reminder that even if we stop all carbon emissions today, we will still be fighting to reduce emissions and sequester carbon for a long time. The stakes are dangerously high.

Lessons from the bees

We’ve known for a while that bumblebees and many other species have been declining over recent decades. Finding the driver of these declines is especially important for a group of pollinators that performs irreplaceable ecosystem and agriculture services.

Recently, we showed that there is strong evidence that climate change has played a role in the declines of bumblebees across North America and Europe. In this new work, we found a mechanism that links climate change to these pollinator declines: climate chaos.

The most common way to describe climate change is as the progressive rise in temperature, observed over decades, following the growth in atmospheric carbon concentrations, mostly due to human activities. Although gradual temperature changes can pose deadly threats, the frequency and intensity of extreme weather events seems to be rising sharply as the greenhouse effect grows. Heatwaves, for example, are both longer and hotter.

Wildlife can tolerate some degree of warming, either by finding ways to move away from risky weather or evolutionary adaptation. But it’s much more difficult for species to tolerate increasingly chaotic extremes in weather such as prolonged drought and heat waves, or tropical storms.

For bumblebee species, we could predict local extinction and colonization of new areas by estimating whether recent climate change had subjected species to temperatures beyond any they are known to have tolerated in the past.

Through a series of tests with a dataset including over 100 years of bumblebee observations, we found that species have disappeared in places where temperature spiked above what they could tolerate. Species across North America and Europe are consistently being pushed to the edges of these limits during the year, much more often than they ever were for most of the 20th century. Increasing intensity of land use — including increased pesticide use — also harms bees, but these effects are distinct from the dangerous signal of climate chaos.

While our recent study focused on bees, increasing extremes from climate change should, in principle, affect other species in the same way. If this is the case, then the increasing temperature or precipitation extremes above (or below) the limits of what species can tolerate could rapidly and abruptly begin reshaping ecosystems around the globe by as early as 2030.

Although we’ll feel the effect of climate change for decades, it’s necessary to address its causes now while we still have reasonable prospects of mitigating its worst impacts. Strategies like maintaining sheltered micro-habitats to provide shade or cover, and keeping a diversity of habitats in a landscape can help reduce exposure of species to extreme weather.

Perhaps, humanity’s lighter touch during the pandemic of 2020 will mean more species can traverse landscapes or make it through another hot year in landscapes that are a little less disturbed. For instance, the profusion of wildflowers in unmaintained roadside verges could create a large amount of nesting and foraging habitat for pollinators if left for the whole year.

The growing number of gardens that are appearing as people spend more time at home could provide a similar benefit. As with reductions in emissions, continuing these practices long after lockdowns end will be the deciding factor in whether they make a difference for pollinators and other wildlife.

In some places, species and ecosystems are bouncing back, although this is not true everywhere: as economies suffer, poachers are killing protected wildlife.

The glimmers of hope will never make the incalculable human toll of a global pandemic worthwhile, nor its economic costs. Yet, hope remains a vital tool to motivate action to address climate change.

Climate change isn’t locked down and it isn’t practising social distancing. It is accelerating the erosion of the planet’s life support systems and the decline of species that humanity would be hard pressed to do without. Concerted global action can make dangerous situations better, whether it’s a pandemic or the climate crisis.

This article first appeared in the Conversation on 18 June.