The Universe is nearly 10 percent more uniform than predicted, according to new results from the Kilo-Degree Survey (KiDS) co-led by UCL astronomers. 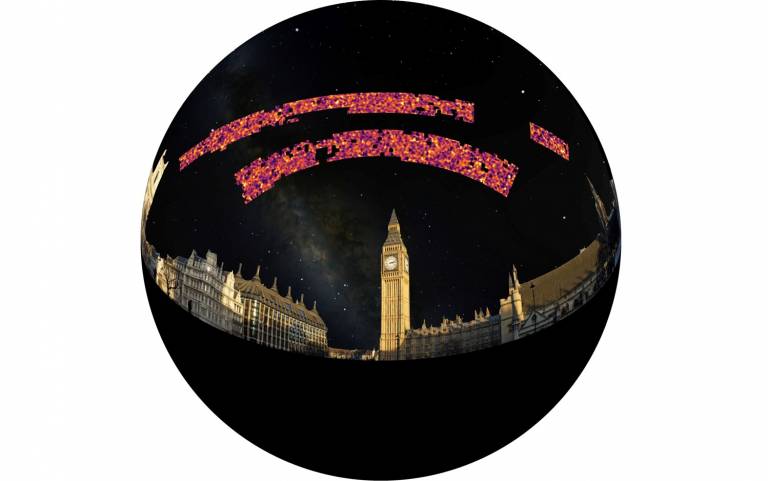 The findings, submitted as part of a series of five papers to Astronomy & Astrophysics, suggest that dark matter – which makes up one quarter of the Universe – is more evenly spread than previously thought.

By mapping 31 million galaxies covering about 1000 square degrees, or 5% of the extragalactic sky, the KiDS data reveals a smoother sweep of the invisible material than predicted by the ‘standard cosmological model’ – the leading theory about the Universe’s evolution.

The standard cosmological model is based on knowledge of the Universe’s make-up right after the Big Bang and predicts that dark matter should be dotted around the Universe in denser clumps than the astronomers have observed.

The discovery was made by an international team using the VLT Survey Telescope at the European Southern Observatory in Chile to study the light emitted by millions of galaxies – some more than 10 billion light years away. This means the light detected on Earth was emitted from the galaxies when our Universe was only half its present age.

Dr Benjamin Joachimi (UCL Physics & Astronomy), study co-author who led on the analysis, said: “We used a process called gravitational lensing to see how the gravitational tug of dark matter changed the direction of light emitted from millions of galaxies. This allowed us to build a map of all the matter in the Universe, of which more than 90 per cent is dark matter, plus invisible tenuous gas.

“The results are in good agreement with an analysis by the Dark Energy Survey, in which UCL Physics & Astronomy also has major involvement. This survey uses the same technique to map the dark matter, but in a different part of the sky, and the complementary findings hint that the matter distribution really is smoother, and that KiDS did not just happen to look at a smoother part of the Universe.” 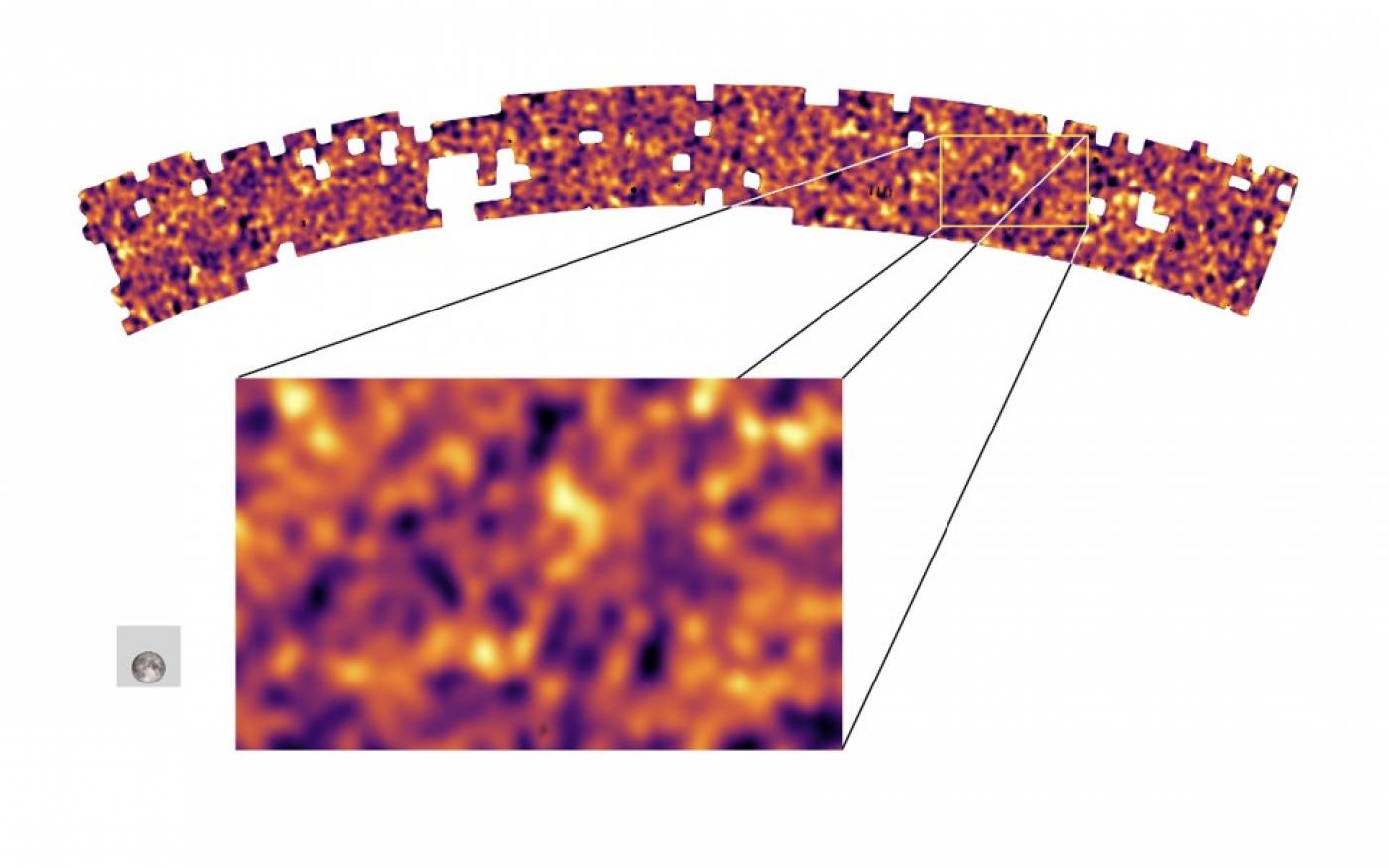 Unidentified gaps in the standard cosmological model could explain why the team’s findings about dark matter – which has never been directly detected – differed from predictions.

Further testing may reveal if fundamental changes to the model – which is underpinned by Einstein’s theory of relativity – are required, researchers say.

Professor Koen Kuijken (Leiden University), KiDS project leader said: “We have a very good physical model of the Universe, which describes the observations well, but which appeals to very remarkable and mysterious physics, in particular that of dark matter and dark energy. You have to test such a model in as many ways as possible, and that is what we are doing.”

Professor Catherine Heymans (University of Edinburgh), who led the research team, said: “The results are fascinating as we directly map out the mysterious dark side of our Universe. Our findings could be an early indication that the dark matter phenomenon is more complex than the current favourite dark matter theory for unseen, cold and inactive particles.”

The work, which builds on previous work to map 15 million galaxies, was co-led by scientists from UCL, the University of Edinburgh, the Ruhr-University Bochum in Germany and Leiden University in The Netherlands.

In one to two years, the final ‘legacy’ KiDS map will be published and will be 30% larger than the current one.

From 2022, astronomers will be mapping the Universe using telescopes that are more powerful. These include the European Space Agency’s Euclid space telescope, which was made in part by scientists and engineers at the UCL Mullard Space Science Laboratory and will take much sharper images from outside the atmosphere than is possible from the ground, and the Rubin Observatory, which will be more than 60 times as powerful as the VLT Survey Telescope.