Four in 10 dementia cases could be prevented or delayed

Modifying 12 risk factors from childhood to late life could delay or prevent 40% of dementia cases, according to a new report led by UCL researchers. 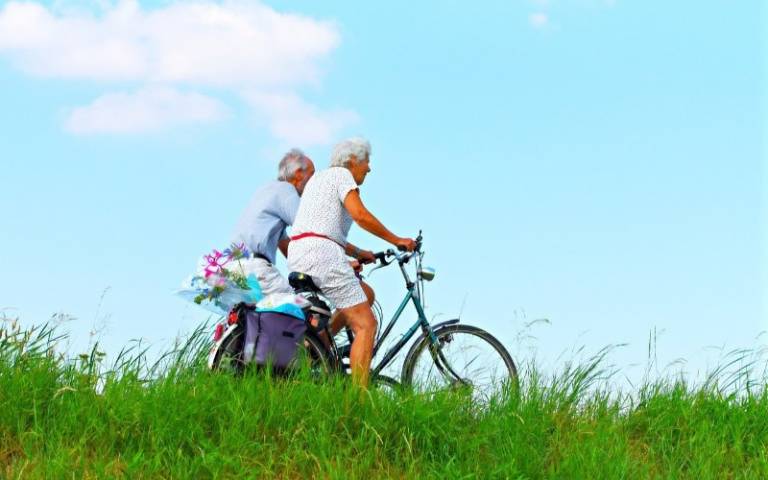 The study is an update to The Lancet Commission on dementia prevention, intervention, and care, and adds head injury and harmful alcohol drinking in mid-life, and air pollution exposure in later life, to the list of preventable causes of dementia.

Combined, the three new risk factors are associated with 6% of all dementia cases – with an estimated 3% of cases attributable to head injuries in mid-life, 1% of cases to excessive alcohol consumption (of more than 21 units per week) in mid-life, and 2% to exposure to air pollution in later life.

Led by 28 world-leading dementia experts, the report builds on the nine risk factors identified in the 2017 Lancet Commission*, and provides an up-to-date analysis of the best evidence on the prevention of dementia. The new report calls for nations and individuals to be ambitious about preventing dementia and lays out a set of policies and lifestyle changes to help prevent dementia. The report is being presented today (July 30, 2020) at the Alzheimer’s Association International Conference (AAIC 2020).

Lead author Professor Gill Livingston (UCL Psychiatry and Camden & Islington NHS Foundation Trust) said: “Our report shows that it is within the power of policy-makers and individuals to prevent and delay a significant proportion of dementia, with opportunities to make an impact at each stage of a person’s life.

“Interventions are likely to have the biggest impact on those who are disproportionately affected by dementia risk factors, like those in low- and middle-income countries and vulnerable populations, including Black, Asian and minority ethnic communities.

“As societies, we need to think beyond promoting good health to prevent dementia, and begin tackling inequalities to improve the circumstances in which people live their lives. We can reduce risks by creating active and healthy environments for communities, where physical activity is the norm, better diet is accessible for all, and exposure to excessive alcohol is minimised.”

Worldwide around 50 million people live with dementia, and this number is projected to increase to 152 million by 2050. Dementia affects individuals, their families, and the economy, with global costs estimated at about US$1 trillion annually.

In certain countries, however, the proportion of older people with dementia has fallen, probably due to improvements in education, nutrition, health care, and lifestyle changes, demonstrating the possibility of reducing dementia through preventative measures.

To address dementia risk, the authors call for nine ambitious recommendations to be undertaken by policymakers and by individuals:

These actions are especially important in low- and middle-income countries where dementia rates are rising more rapidly than in high-income countries, and around two-thirds of people with dementia live. This is a result of increasing life expectancy, and a higher frequency of certain dementia risk factors – such as lower rates of education; high rates of hypertension, obesity, and hearing loss, and rapidly growing rates of diabetes.

Study co-author Dr Naaheed Mukadam (UCL Psychiatry and Camden & Islington NHS Foundation Trust) said: “Based on our modelling, we expect that even more cases of dementia could be prevented in low- and middle-income countries, compared to wealthier countries, due to the higher prevalence of the risk factors we have identified. We had previously estimated that nine factors contribute to 35% of dementia cases worldwide, but that figure rises to 40% in China, 41% in India and 56% in Latin America.”

The authors warn that estimates could be even higher, as they used conservative estimates for the prevalence of risk factors, and because they do not account for the three new risk factors.

Co-author Dr Jonathan Huntley (UCL Psychiatry and Camden & Islington NHS Foundation Trust) added: “Nearly all of the available evidence on dementia is from high-income countries, so there is an urgent need for more studies to be conducted in the rest of the world, to understand if risks differ elsewhere and if our solutions might need to be tailored to different cultures and environments.”

The authors note that the modelling for their prevention estimates assumes that there is a causal relationship between risk factors and dementia, but were careful to only include risk factors with strong evidence for a causal link.

In the final section of the report, the authors advocate for holistic and individualised evidence-based care that addresses physical and mental health, social care, and support that can accommodate complex needs.

Study co-author Dr Andrew Sommerlad (UCL Psychiatry and Camden & Islington NHS Foundation Trust) said: “Supporting the physical health of people with dementia is important for their cognition, but also because they may struggle manage other illnesses, which can lead to preventable and potentially harmful hospitalisations.”

They note that people with dementia are particularly at risk from COVID-19 (due to age and having pre-existing illnesses, such as hypertension), and that physical distancing measures can be challenging for dementia patients, who may find it difficult to adhere to the guidelines or distressing to be unable to have contact with carers and family.

The authors call for people with unknown COVID-19 status to not be admitted to care homes to protect the existing residents, regular testing of staff and asymptomatic as well as symptomatic residents when there is exposure, not moving staff or residents between homes, and more research into how to protect dementia patients during the current pandemic and future public health emergencies.

The study was conducted by researchers in the UCL faculties of Brain Sciences and Population Health Sciences, alongside colleagues at other institutions in the UK, Nigeria, Australia, Israel, India, United States, France, Canada, and Norway. Lead partners with the Lancet were UCL, the Alzheimer’s Society, the Economic and Social Research Council, and Alzheimer’s Research UK.