An independent review into the deaths of London bus drivers from COVID-19, led by the UCL Institute of Health Equity suggests an earlier lockdown would have saved lives. 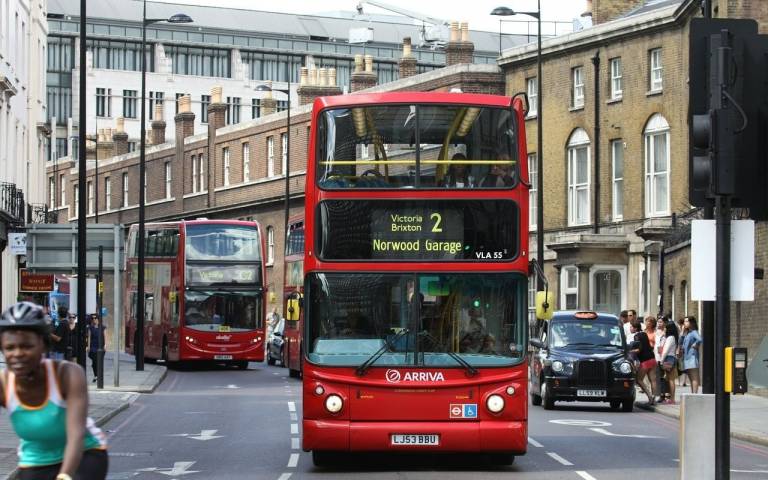 The review also shows that many of the drivers who died had underlying health conditions that put them at greater risk during the pandemic.

The independent review was commissioned by Transport for London (TfL) as an urgent response to understand more about the factors relating to the tragic deaths of colleagues in the bus industry.

The review finds it is likely that the front-line nature of bus driving contributes to the risk of death from COVID-19 nationally and in London. The mortality rate in London bus drivers aged 20-64 was in fact 3.5 times higher than men of the same age in all occupations in England and Wales from March to May, likely due to London being an early centre of the pandemic.

Given the dramatic effect of lockdown on reducing the risk among London’s bus drivers it is not possible at this stage to evaluate the protective measures that bus operators took – those will be examined in the second stage of the review.

Additional risks identified include where the bus drivers lived (for example, in areas with above average levels of deprivation) and their ethnic background. Many of the London bus drivers who died from COVID-19 were suffering with underlying health conditions particularly high blood pressure (which is also associated with cardiovascular disease). Of the 13 death certificates provided by relatives, high blood pressure was identified as a contributory factor to the driver’s death in seven cases.

Cardiovascular disease has been known since the 1950s as a health risk among bus drivers and the first studies finding a link between the sedentary nature of bus driving and heart disease were published in 1953, with high blood pressure shown to be the link in 1966.

This first stage of the independent review examined the pattern of coronavirus deaths among London’s bus workers. Stage two, which is due to be completed in autumn, will inform understanding of how best to protect bus drivers in the future.

The review makes a number of recommendations at this stage. It suggests TfL should work with the bus companies to provide clear guidance on rapid and simultaneous implementation of measures in the event of COVID-19 spikes to protect bus drivers, particularly those with multiple risk factors.

It also says London bus companies should identify the most vulnerable drivers using  an occupational risk assessment tool and, with the support of TfL, act to reduce their risk of exposure to and acquisition of COVID-19. This would include TfL and bus operators introducing criteria for staff to ensure that those now known to be most vulnerable are protected.

Improved engagement with health promotion initiatives and uptake of preventive interventions are also identified as essential, to reduce the risk of diseases such as hypertension, diabetes and cardiovascular disease.

As BAME staff are more at risk of becoming severely ill and dying from COVID-19, the authors also say recommendations in PHE’s recently published report “Beyond the data: Understanding the impact of COVID-19 on BAME groups” should be implemented.

·      Among the bus drivers who died, most stopped work in the 10 days either side of lockdown on 23 March, suggesting most of them became infected before lockdown. The review finds that after lockdown, death rates came down among drivers reinforcing evidence that lockdown was effective measure in saving lives.

“Driving a bus, coach or taxi is among the front-line occupations associated with increased risk of death from Covid-19. The mortality rate in London bus drivers aged 20-64 was 3.5 times higher than men of the same age in all occupations in England and Wales between March and May. Because London was an early centre of the pandemic, it is likely that the increased risk among London bus drivers is associated with exposure.

Our review explicitly suggests that lockdown was the main factor that saved bus drivers’ lives. If lockdown had occurred earlier, it would likely have saved more lives. For those with high blood pressure, exposure to COVID-19 is particularly hazardous, disproportionately affecting drivers of ethnic minority backgrounds. In addition to reducing exposure to the virus, all drivers should therefore be screened for health risk, with those most vulnerable to dying from the virus receiving the most benefit.”