Congratulations to more than 25 members of the UCL community who have been recognised in the 2020 New Year’s Honours. 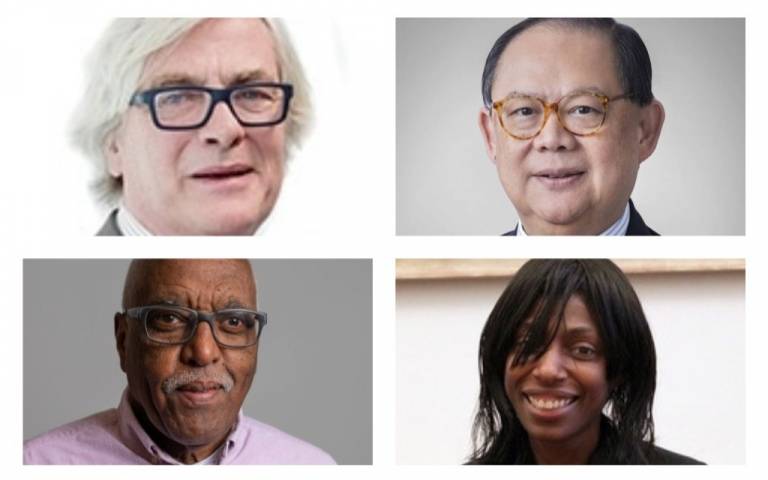 He was founder and Director of the Centre for Polar Observation and Modelling (CPOM) from 2000 to 2005, which among other things discovered the widespread mass loss from the West Antarctic Ice Sheet and its origin in accelerated ocean melting.

Sir Duncan is currently Executive Chair at the Natural Environment Research Council (NERC), previously serving as Chief Executive. During his tenure at NERC he has overseen the delivery of several high-profile capital projects including the building of two Royal Research Ships, Discovery and Sir David Attenborough.

Victor Chu, UCL Chair of Council, has been awarded a CBE (Commander of the Order of British Empire) for services to trade and investment.

A distinguished international business leader, Mr Chu is also a UCL Laws alumnus, graduating in 1979, and was made an Honorary Fellow of UCL in 2011. He was elected UCL Chair of Council in 2019, succeeding Dame DeAnne Julius.

Professor Abdel Babiker (MRC Clinical Trials Unit at UCL) has been appointed an OBE (Officer of the Order of British Empire) for services to medical research.  He is a Professor of Epidemiology and Medical Statistics.

Among UCL’s alumni to have been recognised include Sharon White (UCL MSc Economics 1993), who has been awarded a Damehood for public service. She is currently Chair of John Lewis Partnership and was previously chief executive of Ofcom from 2015 to 2019.

Dame Sharon, who was made an Honorary Fellow of UCL in 2017, said: "I am very grateful. But this is really a recognition of the hard work and dedication of my colleagues at Ofcom."

Other UCL alumni, fellows, honorary degree holders and donors represented in this year's list include: