This week we meet Tom McMahon, Student Partnership Manager in the Office of the Vice-Provost (Education & Student Affairs), who speaks to us about running the successful You Shaped UCL campaign and also working on his band's first album release in his free time. 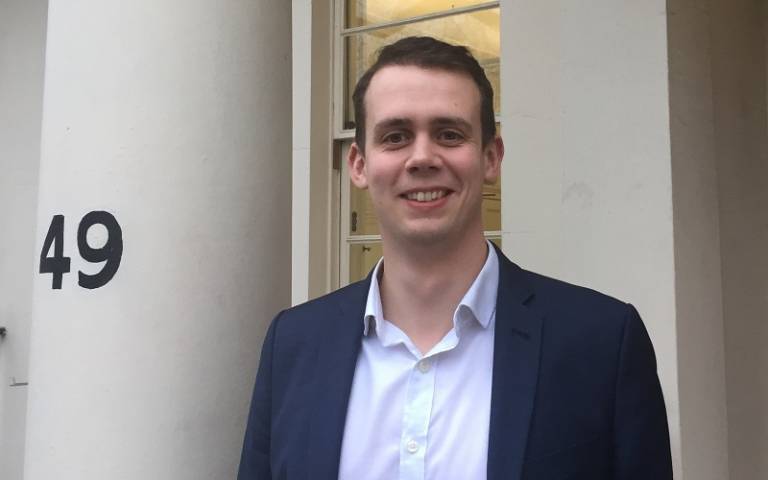 I’m the Student Partnership Manager in the Office of the Vice-Provost (Education & Student Affairs). I lead efforts to promote the various student feedback initiatives across UCL, including student surveys and the Union’s Student Academic Representatives. I also run the You Shaped UCL campaign to spread awareness of the improvements inspired by student feedback.

I’ve been at UCL just over a year, and I previous worked at Middlesex University. Before that, I had a number of roles in marketing and event management within the telecoms industry.

Probably the growth of the You Shaped UCL campaign, which has been incorporated by over 20 different departments across UCL, to demonstrate how they’ve acted upon feedback from their students. Hopefully this helped contribute to a rise in UCL’s ‘Student Voice’ scores in last year’s National Student Survey.

At work, I’m working with colleagues across UCL to run the promotional campaign for NSS 2020, which opened for final-year undergraduates this Monday. You can find out more on UCL’s landing page.

Personally, I’m working towards my band’s first album release, which should come out in the summer of this year.

Album: The Doors by The Doors, Only Built 4 Cuban Linx by Raekwon or Spiderland by Slint
Film: A Prophet
Novel: Underworld by Don DeLillo.

Stop trying to bowl fast. Don’t go through the stage of blow-drying your hair. Try harder at foreign languages and maths.

My writing has been published in the Daily Mirror, The Sunday Times and The Yorkshire Post.

The most incredible place I’ve visited is Mount Aso in southern Japan, but my favourite place is probably Bushy Park in Kingston, home of the world-famous Hampton Wick Cricket Club and dozens of beautiful sunsets.