Offering HIV screening to new patients in general practice on a routine basis increases testing rates and improves detection and earlier diagnosis, according to research co-led by UCL and Queen Mary University of London. 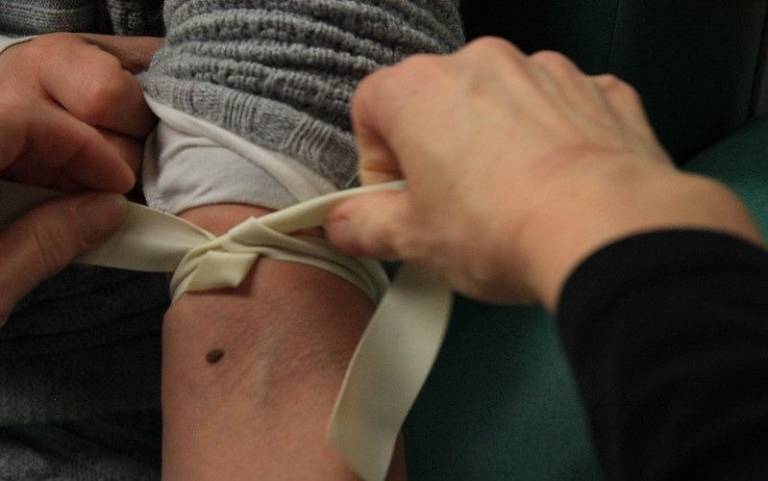 HIV testing rates in general practice are low, despite testing being recommended in UK and international guidelines. Lack of testing leads to later HIV diagnosis, poorer clinical outcomes and higher care and treatment costs. It can also increase the chances of an individual passing on the virus.

It compares outcomes with those recorded in the same team's earlier randomised control trial in which staff from 20 practices received initial training plus regular support. The initial trial, which ran between 2010 and 2012, found the approach increased both the number of HIV tests and the number of diagnoses. CD4 counts at diagnosis were high - suggesting that the infection was picked up when the immune system was still healthy.

The study team believes this new analysis is the first comparing results of 'real-world' implementation of nurse-led HIV screening in routine primary care with those of a trial, as well as with practices that received no intervention (the comparator group).

This analysis showed outcomes achieved from routine implementation were comparable to those achieved in the randomised control trial: increased HIV testing rates, resulting in more and earlier diagnoses. The rise in new diagnoses in both practice groups was higher than in a comparator group of ten practices that received no training or support. All the practices were within the City and Hackney Clinical Commissioning Group area.

People diagnosed during the 'routine implementation' period had average CD4 scores at diagnosis of 425 cells/micro litre - higher than the 351 recorded during the initial trial period and the 327 recorded for newly-diagnosed patients of the comparator group of practices.

HIV testing was 55% higher in implementation practices than comparator practices, diagnosis rates were 106% higher and CD4 count at diagnosis was typically 35% up. The researchers caution that the wide range in confidence levels around data, mean the results on the latter two outcomes are suggestive but not conclusive.

Importantly, most of the new diagnoses were among people in groups at the highest risk of late diagnosis - heterosexuals, and black African and Caribbean adults. Both those groups are under-represented at sexual health services where they would be offered HIV testing - which can mean they are diagnosed later.

The 13 practices did not receive the regular support from the research team enjoyed by the trial practices so the team could study the impact when practices made screening part of their routine registration of new patients.

Dr Leber said: "During our initial research study we found that offering HIV tests to new patients did pick up previously undiagnosed cases of HIV. The data collected outside the clinical trial environment and published today shows that the intervention is effective in routine care within modern GP practices."

Study co-lead Dr Jasmina Panovska-Griffiths (UCL Institute of Epidemiology & Health Care), said: "Our study shows that implementation of nurse-led HIV screening in general practices can be delivered effectively, leading to increased HIV testing that may be associated with increased and earlier HIV diagnosis. It also appears that most of the new diagnoses are amongst people who are less likely to attend sexual health services where they would be offered HIV testing."

Professor Chris Griffiths, Director of the Institute of Population Health Sciences at Queen Mary, said: "General practices across London and in urban areas with higher HIV prevalence in the UK and beyond need urgently to implement HIV screening in routine care. Screening is a key tool which can help realise the goal of eradicating HIV."

Professor Rosalind Raine (UCL Institute of Epidemiology & Health Care) and Director of NIHR ARC North Thames, said: "We were delighted to be able to fund this research, which has important implications for people, populations and health care systems internationally. People, particularly those from at risk key populations, are likely to benefit from increased access to testing in a familiar primary care setting with links to prompt treatment and care for those testing positive."