Opinion: After three years of Trump, we’ve lost our ability to be shocked

Dr Brian Klaas (UCL School of European Languages, Culture and Society) comments on the content and consistency of tweets from US President Donald Trump, which seem to cause consternation and dismay among both critics and commentators. 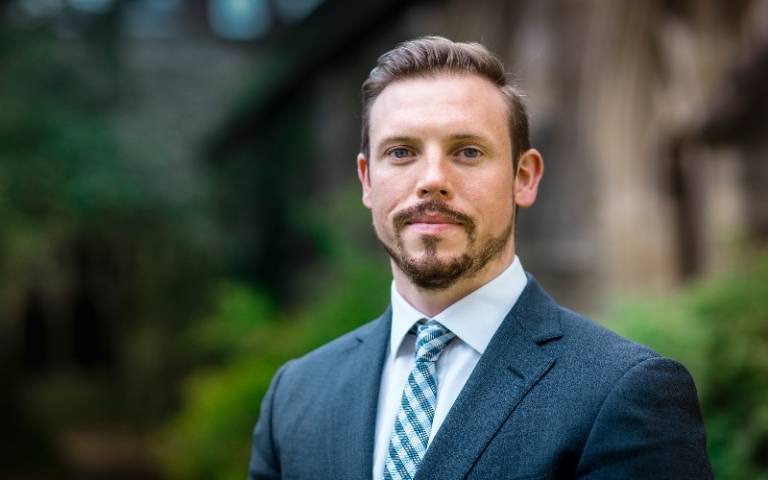 What would it take to shock you? The answer, I suspect, has changed since 2016.

On Monday, Trump retweeted a fake Photoshopped image of Senate Minority Leader Charles E. Schumer (D-N.Y.) and House Speaker Nancy Pelosi (D-Calif.) wearing traditional Islamic garb. They are standing in front of the Iranian flag. The tweet implied that Democrats support Iran’s brutal theocratic regime. That is, of course, an absurd lie. But then the White House made the situation much worse. White House press secretary Stephanie Grisham said that the tweet was intended to show that Democrats were “almost taking the side of terrorists.”

But did it shock anyone? Not really.

After all, Trump once proposed banning all Muslims from entering the United States — an attempt to deny 2 billion people access to the country solely because of their religious beliefs. He has called Democrats “un-American” and “treasonous.” Trump refers to his critics as “human scum.” He tweeted an image depicting him beating up the likeness of CNN and shared a GIF showing Hillary Clinton being violently hit with a golf ball. And Trump said four minority congresswomen — three of them American-born — should “go back” to where they came from, after he had already praised those marching alongside neo-Nazis and Ku Klux Klan members as “very fine people.”

Any of those despicable behaviours would have shocked the American public in any other presidency. They would have unleashed endless coverage and defined the president’s term in office. Now they’re just another Monday under Trump. The horribly offensive image he spread to his millions of followers isn’t the subject of any stories on the front page of major American newspapers. What can you expect? We live in Trumpland now. The unthinkable has become routine.

There’s a serious cost to this desensitisation: the death of democratic accountability. Trump hasn’t faced any serious consequences for transforming his Twitter feed and the official mouthpiece of the White House into a megaphone for racist disinformation and lies. In fact, because the barrier for what shocks us has soared so high, Trump is able to get away with increasingly bad behaviour.

That’s a problem because of the fractured information pipeline that now defines American politics. There are three main camps of voters in the American electorate.

First, there are the members of Trump’s base. They lap up every last one of Trump’s obscene tweets with gleeful abandon. Bring on the Photoshopped bigotry! Second, there are the Democratic activists who pay close attention to Trump’s tweets, statements and scandals. They are rightly outraged by the president’s outrageous behaviour. They try to refuse to be desensitised. But even the most ardent anti-Trumpers are prone to growing numb to repetitive events.

Then there’s the third group, which is by far the largest: the voters who have a more casual interest in politics. They only glancingly pay attention to the Washington political circus, dismissing it as the Trumpian freak show it has become. And that enormous bloc of voters is crucial to understanding the dangers of normalisation in the Trump era. I’m confident that most of those voters have no idea that Trump tweeted that bigoted image of Pelosi and Schumer on Monday. How could they? In all likelihood, it didn’t register on the front pages of their hometown newspapers, it didn’t get top billing on the evening news, and it therefore wasn’t likely to be the topic of conversation around the dinner table or at the local coffee shop or bar.

Much of Trump’s undignified, childish or insulting behaviour goes the same way. It reverberates across Twitter to his adoring fans. It provokes outrage to his staunch critics. But most Americans are never exposed to it at all. That makes a crucial difference to public perceptions. To the casual observer, Trump seems a lot more normal and acceptable than he is because his constantly abnormal behaviour doesn’t break through to anyone except highly engaged voters.

The daily news is biased toward events that are surprising, unusual or shocking. But if we stop focusing on Trump’s behaviours that should shock us, then he won’t just get away with them. He’ll also get re-elected, because less impassioned voters will get a whitewashed, normalised impression of an abnormal, bigoted president. And here’s the scariest thought of all: If we’re already losing our collective ability to be shocked by Trump now, what will it take to shock us if he wins another term? I, for one, would rather not find out.

This article was first published on The Washington Post on 14 January 2020.