Many insects, mosses and lichens in the UK are bucking the trend of biodiversity loss, according to a comprehensive analysis of over 5,000 species led by UCL and the UK Centre for Ecology & Hydrology (UKCEH). 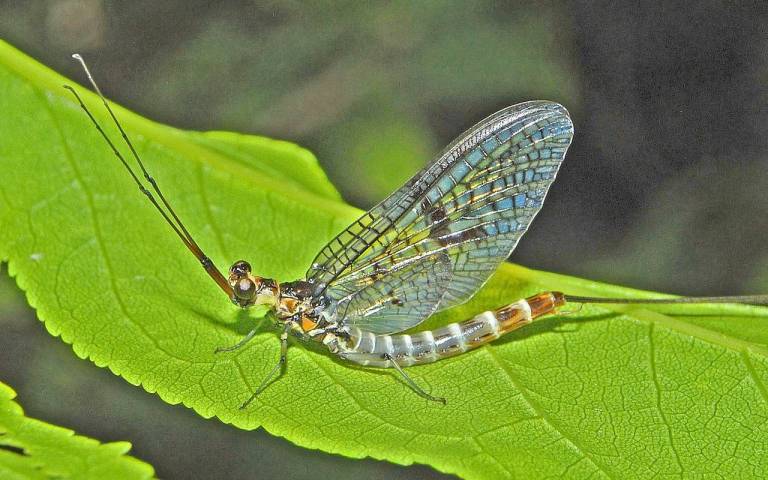 The researchers say their findings on UK biodiversity between 1970 and 2015, published in Nature Ecology & Evolution, may provide evidence that efforts to improve air and water quality could be paying off.

“By looking at long-term trends in the distribution of understudied species, we found evidence of concerning declines, but we also found that it’s not all bad news. Some groups of species, particularly freshwater insects, appear to be undergoing a strong recovery,” said the study’s lead author, Dr Charlie Outhwaite (UCL Centre for Biodiversity & Environment Research, UK Centre for Ecology & Hydrology, and the RSPB).

Funded by the Natural Environment Research Council (NERC), the researchers analysed trends in the distribution of invertebrates (such as insects and spiders), bryophytes (such as mosses) and lichens over a 45-year period, to see whether they were following the same declining trends reported in better-studied groups such as mammals, birds and butterflies.

Across all 5,214 species surveyed, overall occupancy (distribution) was 11% higher in 2015 than in 1970. The researchers were not able to estimate the total numbers of each species, but gauged how well each species was doing by whether its geographic range was expanding or shrinking.

They found substantial variation between the different groups, and between individual species within each group. Among the four major groups studied, only one of them – terrestrial non-insect invertebrates (mainly spiders, centipedes and millipedes) – exhibited an overall trend of declining distribution (by 7% since 1970).

More positively, freshwater insects, such as mayflies, dragonflies and caddisflies, have undergone a strong recovery since the mid-1990s, recently surpassing 1970 levels following a 47% decline from 1970 to 1994. Mosses and lichens have also increased in average occupancy (distribution) by 36%, while terrestrial insects, such as ants and moths, exhibited a slight increase.

While the volunteers used inconsistent methods to collect their records, having such a vast quantity of data enabled the researchers to analyse it effectively using occupancy modelling techniques.

“Our study demonstrates the power of citizen science, as anyone can contribute to impactful academic research. We couldn’t have done this research without the hard work of thousands of volunteers who have contributed to recording schemes over the years,” said Dr Outhwaite.

While the study period only went back to 1970, other research suggests that many of the species studied would have been experiencing long-term declines dating back to the industrial revolution or further, due to pollution or habitat losses from agricultural expansion and urbanisation.

While they did not investigate the particular reasons for the declines and recoveries found in this study, the researchers say that it’s likely that environmental protection initiatives are helping some species recover. Mosses and lichens are known to be susceptible to air pollution, while freshwater insects likely benefited from improvements in waste water treatment since the early 1990s.

Co-author Professor Richard Gregory (RSPB and UCL Centre for Biodiversity & Environment Research) said: “Other studies have shown improvements in air and water quality and local improvements in biodiversity as a result of conservation efforts. We think our findings demonstrate that policies designed to safeguard the natural environment are working and can yield positive change.”

The researchers say the findings add nuance to reports of biodiversity losses across the globe, but they stress that great progress still needs to be made.

Senior author Dr Nick Isaac (UK Centre for Ecology & Hydrology) added: “These results show that biodiversity change is more complex than we thought. Unlike birds and butterflies, which we have not studied, the overall pattern is that losses in some species are balanced by gains elsewhere. We need to know more about why this is happening, and what it means for ecosystems.”