Increasingly hot temperatures appear to be driving declines in bumblebee populations across Europe and North America, according to a UCL and University of Ottawa study. 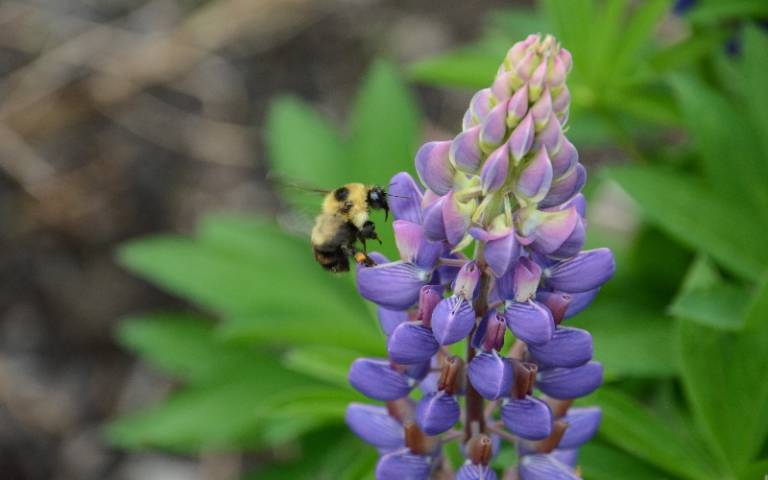 The study, published in Science, found that in the course of a single human generation, the likelihood of a bumblebee population surviving in a given place has declined by an average of over 30%.

“Our findings suggest that much larger declines are likely if climate change accelerates in the coming years, showing that we need substantial efforts to reduce climate change if we are to preserve bumblebee diversity.”

The researchers looked at how climate change increases the frequency of extreme events such as heatwaves and droughts, creating a sort of ‘climate chaos’ which can be dangerous for animals. Knowing that species all have different tolerances for temperature (what’s too hot for some might not be for others), they developed a new measurement of temperature.

“We have created a new way to predict local extinctions that tells us, for each species individually, whether climate change is creating temperatures that exceed what the bumblebees can handle,” Dr Newbold explained.

Using data on 66 different bumblebee species across North America and Europe that have been collected over a 115-year period (1900-2015) to test their hypothesis and new technique, the researchers were able to see how bumblebee populations have changed by comparing where bees are now to where they used to be historically.

“We found that populations were disappearing in areas where the temperatures had gotten hotter,” said the study’s lead author, PhD student Peter Soroye (University of Ottawa).

“We’ve known for a while that climate change is related to the growing extinction risk that animals are facing around the world. In this paper, we offer an answer to the critical questions of how and why that is. We find that species extinctions across two continents are caused by hotter and more frequent extremes in temperatures,” he continued.

“Bumblebees are the best pollinators we have in wild landscapes and the most effective pollinators for crops like tomato, squash, and berries. Our results show that we face a future with many less bumblebees and much less diversity, both in the outdoors and on our plates.”

The researchers discovered that bumblebees are disappearing at rates “consistent with a mass extinction.”

“If declines continue at this pace, many of these species could vanish forever within a few decades,” Peter Soroye added.

The researchers say their methods could theoretically be used to predict extinction risk, and be applied to identify areas where conservation actions would help stop declines.

The study’s senior author, Professor Jeremy Kerr (University of Ottawa), said: “Predicting why bumblebees and other species are going extinct in a time of rapid, human-caused climate change could help us prevent extinction in the 21st century.”

“This work also holds out hope by implying ways that we might take the sting out of climate change for these and other organisms by maintaining habitats that offer shelter, like trees, shrubs, or slopes, that could let bumblebees get out of the heat. Ultimately, we must address climate change itself and every action we take to reduce emissions will help.”