The last two decades have seen a 54% increase in heat-related deaths in older people linked to worsening climate change, a new international report led by UCL researchers has revealed. 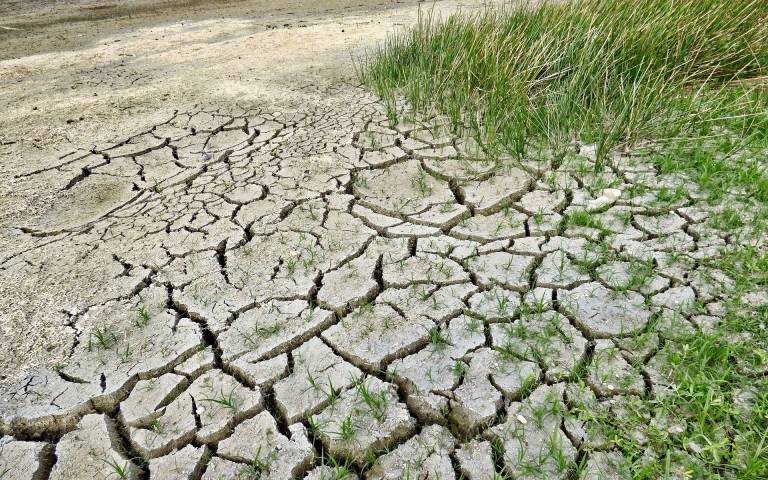 The 2020 Report of the Lancet Countdown on Health and Climate Change, published in The Lancet, shows a record 2.9 billion additional days of heatwave exposure affecting over-65s in 2019 – almost twice the previous high.

The authors say no country – whether rich or poor – is immune from the health impacts of worsening climate change and that, unless urgent action is taken, it will increasingly threaten global health, disrupt lives and livelihoods and overwhelm healthcare systems.

Researchers from UCL’s Institute for Global Health, Energy Institute, Institute for Sustainable Resources, Institute for Environmental Design and Engineering, Department of Geography and Institute for Human Health and Performance all contributed to the report, which brought together experts from more than 35 institutions including the World Health Organisation (WHO) and World Meteorological Organisation.

The 120 world-leading health and climate change academics and clinicians involved say the recovery from the COVID-19 pandemic offers a key moment to act and that by limiting global temperature increases to well below 2C, and aligning climate and pandemic recovery, the world can deliver near-term and long-term health benefits.

They say doing so could also reduce the risk of future pandemics, because the drivers of climate change can also drive zoonotic pandemic risk (the risk of pandemics caused by infectious diseases that jump from non-human animals to humans).

For the past five years, the Lancet Countdown on Health and Climate Change has monitored and reported more than 40 global indicators that measure the impact of our changing climate on health.

Professor Montgomery said: “Climate change drives a cruel wedge which widens existing health inequalities between and within countries. Our report shows that - just as for COVID-19 – older people are particularly vulnerable, and those with a range of pre-existing conditions including asthma and diabetes are at even greater risk.

“The pandemic has thrown a spotlight on the current ability of healthcare and wider health systems to cope with the sorts of future health shocks that climate change may generate. Flames, floods and famine do not respect national borders or bank accounts: a nation's wealth offers no protection against the health impacts of even a 1.2C global average temperature rise.”

The 2020 report was published on the fifth anniversary of the Paris Agreement, when the world pledged to limit global warming to well below 2C.

It highlights how climate-related health shocks may arise in the future due to difficulties both in anticipating the impacts of extreme heat and finding successful ways to adapt.

These include growing levels of heat-related mortality among vulnerable people in all parts of the world, with the lives of 296,000 older people claimed in 2018. Livelihoods are at risk as heat is increasingly affecting people’s ability to work outdoors in developing regions, with significant economic implications. Last year saw a continued loss in productivity, with India accounting for 40% of the total 302 billion work hours lost.

Heat and drought are also driving sharp increases in exposure to wildfires, resulting in burns, heart and lung damage from smoke, and the displacement of communities. Some 128 countries have experienced an increase in population exposure to wildfires since the early 2000s, with the USA seeing one of the largest increases. By the end of the century, meanwhile, the report finds that projected sea level rise could threaten the displacement of up to 565 million people, exposing them to a wide range of health harms.

New data in the report highlights that healthcare capacity to deal with these future health shocks is still not enough, despite improvements. Only half of countries surveyed have drawn up national health and climate plans, with just four reporting adequate national funding, and less than half of countries have conducted vulnerability and adaptation assessments for health. Meanwhile, two thirds of global cities surveyed expect climate change to seriously compromise public health infrastructure.

A Lancet editorial published alongside the report highlights that climate change and zoonotic pandemic risk share common drivers, making them inextricably entwined so that they must be handled together. Climate change and its drivers damage the environment through urbanisation, intensive agriculture and unsustainable food systems, as well as air travel and tourism, trade, and lifestyles powered by fossil fuels, in turn creating conditions that encourage the spread of germs between animals and people.