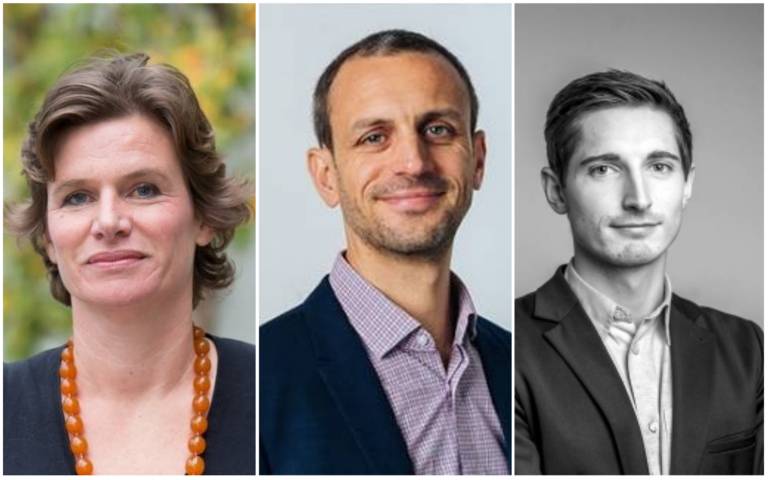 Since the 2008 global financial crisis, central banks have shown time and again that they have the power to maintain the economic status quo. Now, they must use that power to support a timely green transition.

“Mission creep” – the gradual or incremental broadening of an organization’s objectives beyond its original scope or focus – is typically regarded as undesirable. According to the conventional wisdom, an organization whose mission creeps is straying from its core purpose, becoming distracted, stretching itself too thin. But what if the new objectives are essential to society’s welfare? For central banks, the answer should be obvious.

German Chancellor Angela Merkel has been labouring under enormous pressure to prevent a veto of the European Union's 2021-27 budget and Covid-19 recovery fund. But the compromise she reached with Hungary and Poland is the worst of all possible worlds.

Over the last few decades, central banks’ core purpose was to ensure stable price and financial stability. But, as the existential threat of climate change has become increasingly apparent, their attention has gradually broadened to include climate-related financial risks. And yet this much-needed mission creep has not been adequately translated into action on the ground.

Central banks’ impact on climate change became apparent following the 2008 global economic crisis, when many monetary policymakers embraced quantitative easing (QE), buying up huge quantities of government and corporate bonds in an effort to keep long-term interest rates low. That effort succeeded, but central banks’ purchases of corporate bonds have been criticized for propping up the high-carbon status quo.

On the regulatory front, financial policymakers have focused largely on disclosure, in line with the approach described by then-Bank of England Governor Mark Carney in September 2015: “More properly our role can be in developing the frameworks that help the market itself to adjust efficiently.” To that end, the Financial Stability Board established the Taskforce on Climate-related Financial Disclosures in December 2015 to develop consistent standards that companies, banks, and investors could use in providing information to stakeholders.

So far, however, this approach has achieved little. The latest European Central Bank Financial Stability Review found that banks’ exposure to carbon-intensive sectors had increased since 2015. Moreover, the International Monetary Fund recently concluded that equity valuations in 2019 did not reflect climate risks. While the “green bonds” market has strengthened, green assets are not valued any differently than conventional assets with similar risk profiles.

Our institute’s research and a report by the Bank for International Settlements help explain why. Financial actors struggle to calculate their exposure to climate risks accurately, because the risks are subject to “radical uncertainty,” making it impossible even to assign a probability to different outcomes. In a situation of “unknown unknowns,” the market cannot fix itself.

There is evidence that central banks are coming to their senses with regard to climate change. In November 2019, the ECB included climate considerations in its first strategic review of its role and operations since 2003. The BOE’s new governor, Andrew Bailey, has revealed that the Bank is in talks with the United Kingdom’s Treasury to adjust its mandate to include climate change. Even in the United States, the previously reluctant Federal Reserve has now identified climate change as a challenge that falls within its remit of supporting financial stability.

ECB President Christine Lagarde and others have also challenged the principle of “market neutrality,” which demands that central banks minimize the impact of their asset purchases and other operations on the relative prices of financial assets. This principle has been the main argument against greening QE. Yet according to Lagarde, in the face of market failures – such as investors’ inability to price climate risks – “we have to ask ourselves … whether market neutrality should be the actual principle that drives our monetary-policy portfolio management.”

Similarly, ECB Executive Board member Isabel Schnabel has argued that, because “climate change poses severe risks to price stability,” “traditional mandates” demand strengthened efforts to “support a faster transition towards a more sustainable economy.” The ECB mandate includes a secondary objective (following price stability): to support the European Union’s “general economic policies” and contribute to the achievement of their objectives. In the light of the European Green Deal, Schnabel’s call gains even more force.

The new rhetoric is welcome, not least because central-bank communications alone can affect financial-market behaviour. But now is the time for action, with central banks taking concrete steps to align their operations fully with the goal of achieving net-zero carbon dioxide emissions by 2050.

A first step would be for central banks fully to integrate climate-related financial risks into their asset-purchase programs. If credit-rating agencies’ existing criteria fail to do this, then the ECB should support the development of criteria that do. Sweden’s central bank has begun to move in this direction, by introducing “norm-based negative screening” of its bond purchases.

A second step, particularly applicable to the ECB, is to “green” the refinancing programs by which central banks provide liquidity to commercial banks. EU banks could be given lower interest rates when lending to green assets, in accordance to the EU’s new green taxonomy.

Finally, on the financial regulation front, a precautionary approach is needed to reduce uncertainty and avoid worst-case scenarios. Forcing banks to hold more capital against the most unsustainable assets, such as loans financing fossil-fuel extraction, would be an obvious place to start.

None of this is to say that central banks should be left to save the planet on their own. On the contrary, an “all hands on deck” approach is required, featuring coordinated action by public banks, finance ministries, industrial policymakers, and other institutions. The goal is not to level the playing field, but to tilt it toward sustainability.

Central banks have shown time and again that they have the power to maintain the economic status quo. Now, they must use that power to support a long overdue green transition. What some view as “mission creep” has now become, as Lagarde put it, “mission critical.”

This article originally appeared on Project Syndicate on 08 December 2020.