Opinion: Countries around the world are using border surveillance systems against their own citizens

Dr Keren Weitzberg (UCL History) comments on the plight of stateless citizens who struggle to move outside refugee status, and on the harms of data-driven surveillance in the UK and Kenya. 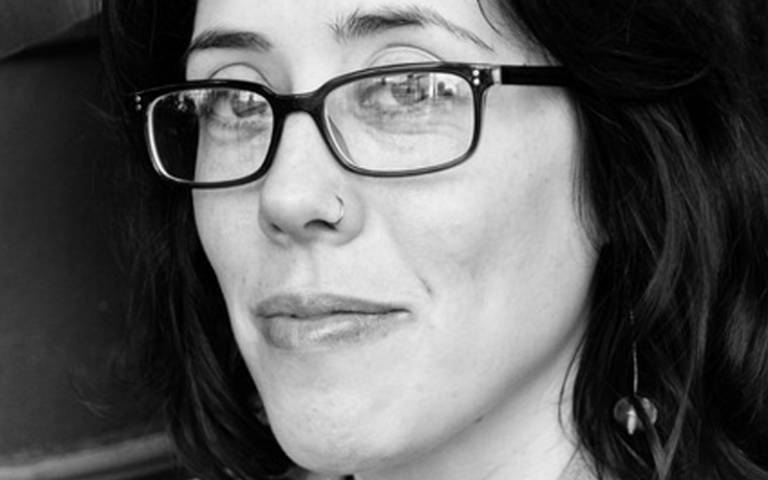 Hamdi was just an infant when his relatives first brought him to the Dadaab refugee camp in north-eastern Kenya to be registered as a refugee – despite the fact he was a Kenyan citizen. Like many ethnic Somali citizens of Kenya living in the vicinity of the camp, they were drawn to the prospect of obtaining food aid for their family.

Since the outbreak of the Somali civil war in the early 1990s, north-eastern Kenya has experienced periodic droughts, propelling many Kenyan Somalis to slip into the refugee system. At Dadaab, they could access free education, food and medical services that, as citizens of one of the country’s most neglected and marginalised regions, were often out of their reach.

Hamdi’s relatives did not anticipate that a seemingly harmless lie would hound him for almost half a decade. Over the last few years, tens of thousands of Kenyan citizens like Hamdi who have tried to obtain a Kenyan national ID have been turned away because their fingerprints are captured in the refugee database.

I met many of these people last December while conducting research in the town of Garissa in the eastern part of the country. This was part of an ongoing project into the troubled history of biometrics and identification in Kenya. I then returned to London to news of a newly published inquiry into the Windrush scandal. It detailed how hundreds of British Commonwealth citizens had been wrongly detained, deported and mistreated under the government’s harsh, data-driven immigration rules.

I was struck by the similarities between the UK and Kenya (two countries bound together by colonial history). The Windrush scandal, which came to public light in 2017, has attracted comparatively more attention than the plight faced by victims of double registration in Kenya. However, both cases reveal the harms caused by data-driven technologies in the service of anti-immigrant and exclusionary policies.

Migrant surveillance systems affect citizens and residents, particularly those who do not fit neatly into legal categories or typical ideas of who “belongs”. Civil rights activists have been raising alarms for years about the impacts of data-driven and biometric surveillance on irregular migrants. But it’s equally important to keep citizens and legal migrants in mind when we think about the risks of increasingly digitised border-control regimes.

Hamdi’s troubles can be traced to the growing use of biometric data (such as fingerprint and iris scanning) within the humanitarian sector. In the years after 9/11, the United Nations High Commissioner for Refugees (UNHCR) began experimenting with iris scans along the Afghanistan-Pakistan frontier. With the backing of the US, the agency developed a standardised biometric registration system, now in use in Kenya and over 50 host countries worldwide.

The Kenyan government soon followed suit, building its own biometric refugee database with support from the UNHCR. Today, Kenyan officials are able to cross-check the fingerprints of those who apply for a national ID, effectively shutting the door of citizenship to anyone found on the refugee database. Without a national ID in Kenya, many basic political and economic rights are out of reach.

These developments in Kenya mirror broader global trends. States, refugee aid organisations, and international border-control agencies increasingly rely upon centralised biometric databases to better track migration. States and intergovernmental bodies also stress the value of interoperability, which is the ability to exchange and make use of data across different systems.

EU member states, for example, use EURODAC, an asylum fingerprint database, when processing the applications of asylum seekers. Beginning in 2008, migrants in the UK who originate from outside the European Economic Area have been required to carry biometric residence permits.

The gathering and indefinite storage of biometric data has gone hand in hand with other forms of data collection. In 2012, the UK government launched its hostile environment policy, which put in place measures designed to make life more challenging for irregular migrants. Under this new regime, the Home Office can access data from hospitals, banks, employers and landlords.

Though intended to root out “illegal” immigrants, these policies punished many legal migrants of Caribbean descent and their children. Known collectively as the Windrush generation (after the celebrated ship that carried Caribbean people to Britain in 1948), Commonwealth citizens who immigrated before 1973 have the legal right to live in the UK.

Many members of such British-Caribbean families were nevertheless harassed by Home Office staff, denied services, illegally detained and, in extreme cases, deported to countries they barely knew. Michael Braithwaite, who had lived in the UK for over 55 years, lost his job when a routine immigration check revealed that he did not have a biometric residence permit.

While scholars and privacy advocates are rightly concerned about big data expanding the scope of government oversight, we should also consider the blindness built into many data-heavy surveillance systems. Collecting ever more fine-grained sensitive data does not necessarily give states or international bodies a more accurate picture of individuals’ lives.

Trust in automated decision-making can also lead to blunt, inaccurate assessments of people’s legal status. Growing demands for identification can increase opportunities for gatekeeping, which may exclude those whose legal documents or biometric data do not tell the “correct” bureaucratic story.

In addition, officials frequently privilege easily accessible digital records and biometric data over older, often more straightforward paper documents. Many Kenyans denied IDs had ample proof of citizenship, including birth certificates, letters from local chiefs attesting to their parentage and school records. In 2010, the Home Office negligently destroyed the paper landing cards of Windrush migrants, which had been used in deciding immigration cases.

Proponents of enhanced border security often argue that technologies like biometrics are more objective, neutral, and non-discriminatory. The hardships faced by thousands of British Caribbeans and Kenyan Somalis, however, tell a different story.

Individuals and groups who share the same ethnic or national background as targeted migrants may find themselves the unwitting victims of data-driven border enforcement. A callous, shortsighted faith in digital border controls has rendered many ethnic-minority citizens and legal migrants effectively stateless.

This article was first published in the Conversation on 17 August.