Global changes in land use are disrupting the balance of wild animal communities in our environment, and species that carry diseases known to infect humans appear to be benefiting, finds a new UCL-led study. 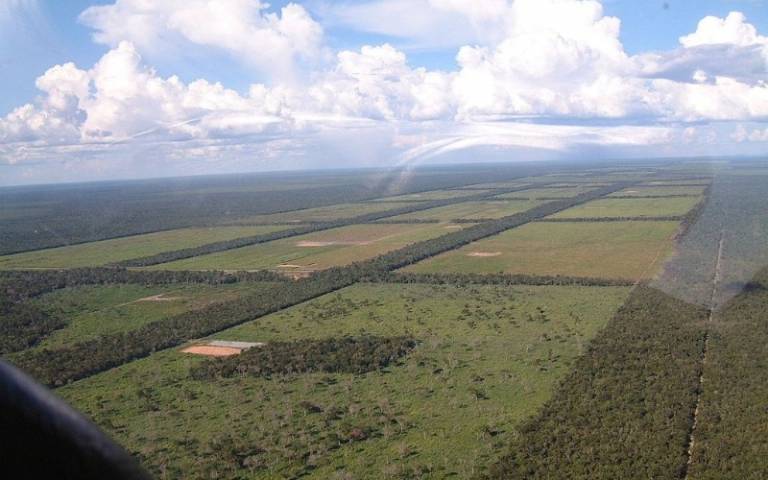 The findings, published in Nature, may have implications for future spillovers of diseases originating in animal hosts.

The research team, led by the UCL Centre for Biodiversity & Environment Research, studied evidence from 6,801 ecological communities from six continents, and found that animals known to carry pathogens (disease-causing microorganisms) that can infect humans were more common in landscapes intensively used by people.

The evidence was sourced from a dataset of 184 studies incorporating close to 7,000 species, 376 of which are known to carry human-shared pathogens.

The researchers say we may need to alter how we use land across the world to reduce the risk of future spillovers of infectious diseases.

Lead author, PhD candidate Rory Gibb (UCL Centre for Biodiversity & Environment Research) said: “The way humans change landscapes across the world, from natural forest to farmland for example, has consistent impacts on many wild animal species, causing some to decline while some others persist or increase.

“Our findings show that the animals that remain in more human-dominated environments are those that are more likely to carry infectious diseases that can make people sick.”

Species that host zoonotic pathogens (which can jump from animals to people) constituted a higher proportion of the animal species found in human-influenced (disturbed) environments compared to the ecological communities in more wild habitats.

The same relationship is seen for animals that tend to carry more pathogens of any kind – whether or not they can affect humans.

In comparison, most other wild animal species are found in lower numbers in disturbed environments compared to natural habitats. The researchers say this suggests that similar factors may be influencing both whether a species can tolerate humans and how likely it is to carry potentially zoonotic diseases.

Co-lead author Dr David Redding (ZSL Institute of Zoology and UCL Centre for Biodiversity & Environment Research) said: “Other studies have found that outbreaks of emerging zoonotic infectious diseases appear to be increasingly common – our findings may help to explain that pattern, by clarifying the underlying ecological change processes that are interacting to drive infection risks.”

Senior author Professor Kate Jones (UCL Centre for Biodiversity & Environment Research and ZSL Institute of Zoology) said: “Global land use change is primarily characterised by the conversion of natural landscapes for agriculture, particularly for food production. Our findings underscore the need to manage agricultural landscapes to protect the health of local people while also ensuring their food security.”

The researchers say that while there are numerous other factors influencing emergent disease risks, the findings point to strategies that could help mitigate the risk of further infectious disease outbreaks comparable to COVID-19.

Professor Jones said: “As agricultural and urban lands are predicted to continue expanding in the coming decades, we should be strengthening disease surveillance and healthcare provision in those areas that are undergoing a lot of land disturbance, as they are increasingly likely to have animals that could be hosting harmful pathogens.”

Dr Redding added: “Our findings provide a context for thinking about how to manage land use changes more sustainably, in ways that take into account potential risks not only to biodiversity, but also to human health.”

The study, by researchers from UCL, ZSL, University of Oxford and Imperial College London, used data from the Projecting Responses of Ecological Diversity in Changing Terrestrial Systems (PREDICTS) biodiversity database. It was supported by the Natural Environment Research Council, the Medical Research Council, Wellcome and the Royal Society.