Scientists at UCL have discovered new biomarkers, which may identify those people with Type 1 diabetes who would benefit from the immunotherapy drug Abatacept, a finding which could eventually help thousands manage the disease more effectively. 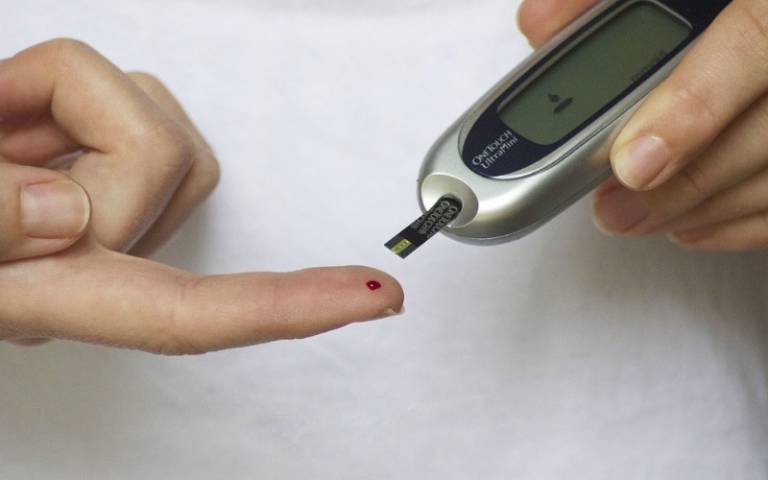 Type 1 diabetes is an autoimmune disease, which means it is caused by the body’s own immune system attacking healthy body tissues. People with the condition are unable to produce the hormone insulin, which is essential to control and use glucose as energy.

Abatacept is an immunosuppressive drug that subdues the aberrant immune response in people with autoimmune diseases, and identifying a biomarker will enable clinicians to give the drug to those who would positively respond.

The research group, led by Professor Lucy Walker (UCL Institute of Immunity & Transplantation), built on their discovery in 2014, which found that certain immune cells, known as ‘follicular helper T cells’ (Tfh), can cause Type 1 diabetes by triggering the destruction of insulin-producing cells in the pancreas.

In this latest study, published in Nature Immunology, researchers at UCL in collaboration with scientists from King’s College London and AstraZeneca, wanted to find out why some people with Type 1 diabetes responded well to Abatacept, while others did not.

“Early tests in people with Type 1 diabetes have found the drug is not suitable for routine use because the response is very variable - some people benefit a lot, while others not at all.

“Being able to tell in advance who is likely to respond may reignite interest in this therapy for those with diabetes.”

For the study, blood samples from people with Type 1 diabetes, who had taken part in a clinical trial of Abatacept were studied. The team discovered that the numbers of Tfh cells were reduced by Abatacept treatment and the cells’ phenotype (biochemical characteristics) had been changed.

Machine learning was then used to compare blood samples from people who showed a good response to Abatacept with those who showed a poor response.

To the team’s surprise, the machine learning algorithm was able to detect differences in the profile of the Tfh cells, even before treatment, which could be used as biomarkers to establish whether someone was likely to respond to Abatacept.

Professor Walker said: “Our new work suggests that by analysing these T cells, and looking at the markers they express, we can make predictions about how well people will respond to Abatacept.

“The next step will be to test this in more people and explore whether it works for other therapies and other autoimmune diseases.

“New improved versions of Abatacept have now been developed and it will be particularly exciting to see if the biomarker approach is applicable to these.”

In the UK, there are around 400,000 people with the Type 1 diabetes, including 29,000 children. As those with the condition cannot produce insulin, glucose builds up in the bloodstream, and over time can cause serious kidney, heart and eye damage.

In 1999, Professor Walker identified signals that controlled ‘follicular helper T cell’ behaviour, and later found that these cells appear in high numbers in those people with Type 1 diabetes.

She added: “The project has been years in the making and has relied heavily on collaboration between researchers, clinicians, bioinformaticians and industry partners.”

Professor Walker’s research team are part of the UCL Institute of Immunity & Transplantation, based at the Royal Free hospital, London. The project received funding from Diabetes UK, AstraZeneca, the Medical Research Council and the Rosetrees Trust.