Some dietary compounds such as resveratrol, which is commonly found in red wine, can mimic oestrogen to activate anti-ageing proteins called sirtuins, finds a new UCL study. 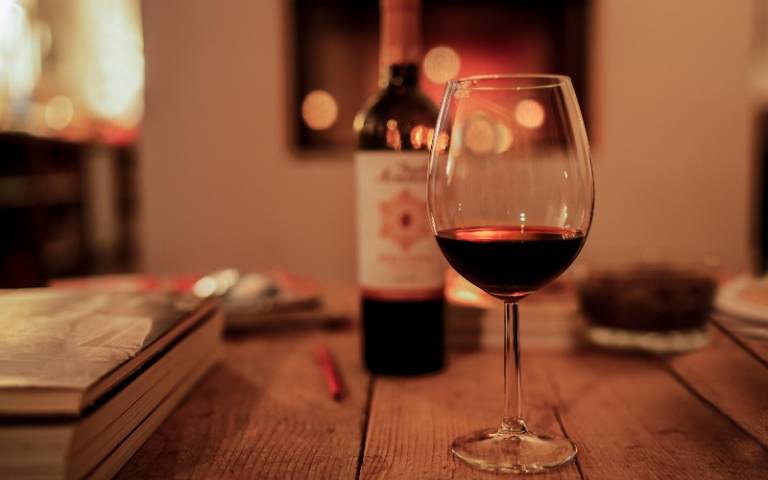 Some dietary compounds such as resveratrol, which is commonly found in red wine, can mimic oestrogen to activate anti-ageing proteins called sirtuins, finds a new UCL study.

The findings, published in Scientific Reports, may explain the impact of both sirtuins and resveratrol on health and ageing.

Resveratrol only mimicked oestrogen at low doses, but had the opposite effect at high doses, which may lend credence to suggestions that a small glass of red wine a day, but no more, can support healthy ageing.

Study author Dr Henry Bayele (UCL Structural & Molecular Biology) said: “There has been a decades-long interest among researchers in the sirtuins, which are signalling proteins involved in processes such as DNA repair and metabolic regulation, and the dietary molecules which activate them.”

“Numerous studies in animals have suggested that these proteins could prolong healthy lifespan by preventing or slowing disease onset. But developing effective drugs or dietary interventions has been frustrated by a lack of a common understanding of how exactly they work in the body’s cells.”

Dr Bayele investigated sirtuin-activating compounds (STACs), including resveratrol (which is found in the skin of grapes) and isoflavones (such as daidzein present in legumes such as soya), by analysing sirtuin-dependent expression of an oestrogen-responsive gene in cultures of human liver cells treated with different types of the compounds. This study builds on a 2019 paper also by Dr Bayele* which showed that oestrogen increased sirtuin signalling through oestrogen receptors.

Although these compounds were previously thought to only increase the catalytic activity of the sirtuins, he found that STACs, such as resveratrol, activated sirtuin signalling through oestrogen receptors by mimicking oestradiol, one of the three major oestrogen hormones.

While some may think of oestrogen as a female hormone, both men and women produce it. It is involved in many functions from appetite to reproduction, and protects against many of the diseases that sirtuins can also help prevent, such as Type 2 diabetes, osteoporosis, the metabolic syndrome, inflammatory, Alzheimer’s and heart diseases. STACs such as resveratrol, which Dr Bayele says can be seen as ‘plant oestrogens’, may be beneficial to brain, liver, skeletal muscle and bone function, by performing functions that would normally be the preserve of oestrogen.

“Regular low doses of resveratrol, such as through moderate consumption of red wine as part of a healthy diet, may be able to provide the benefits of oestrogen. This would apply to both men and women of all ages, but post-menopausal women may feel these benefits the most because they have lower oestrogen reserves than men of a similar age,” Dr Bayele said.

He says that as oestrogen replacement therapy can have adverse side effects, STACs such as resveratrol and isoliquiritigenin may have potential as alternative treatments for some conditions that oestrogen protects against. More generally, he suggests that by keeping the sirtuins active, STACs may help to delay or prevent the onset of several metabolic and ageing-related diseases commonly associated with oestrogen deficiency.

“For any treatment to be effective, the underlying mechanism must be well-understood. This paper shows how STACs might work and therefore augurs well for their use as oestrogen substitutes, although that remains to be tested clinically,” he added.

The study was funded by the Charles Wolfson Charitable Trust.